The Yamaha Australian Off-Road Championship (AORC) was back with a bang on the weekend, after almost two months off, AORC was definitely worth the wait, with the first Enduro of season 2018. Daniel Milner was a man on a mission after a disappointing Hattah result, the KTM Enduro Racing Team rider mastered the Dungog terrain on his way to a pair of E3 victories whilst clocking the quickest time on both days.

Daniel Sanders continued on his mary way, taking the win on both days in the E2 class but boy oh boy was Sunday a challenging day for the Husqvarna Enduro Racing Team rider. Cruising away in the lead and looking certain to cruise to another victory with a sizeable lead, disaster struck when a fuse on his bike failed and stalled the bike on the trail. Sanders was able to fix his issue with the fuse but in the process, he got rid of his gloves and came back into the pits gloveless. With the clock still ticking, Sanders pit stop only aloud time to refuel and get to his time control with just a minute to spare. The next three tests were completed gloveless as Sanders gained his composure and got the win.

The E1 battle between current points leader Luke Styke aboard his Active8 Yamalube Yamaha Team and Fraser Higlett on his Husqvarna Enduro Racing Team. was one of the highlights of the weekend at Dungog, with the pair duking it out over both days. On Saturday it would be Higlett getting the better of Styke to grab his first career win in the E1 category. It didn’t take long for Styke to bounce back, grabbing the win on Sunday to split the weekend with Higlett. 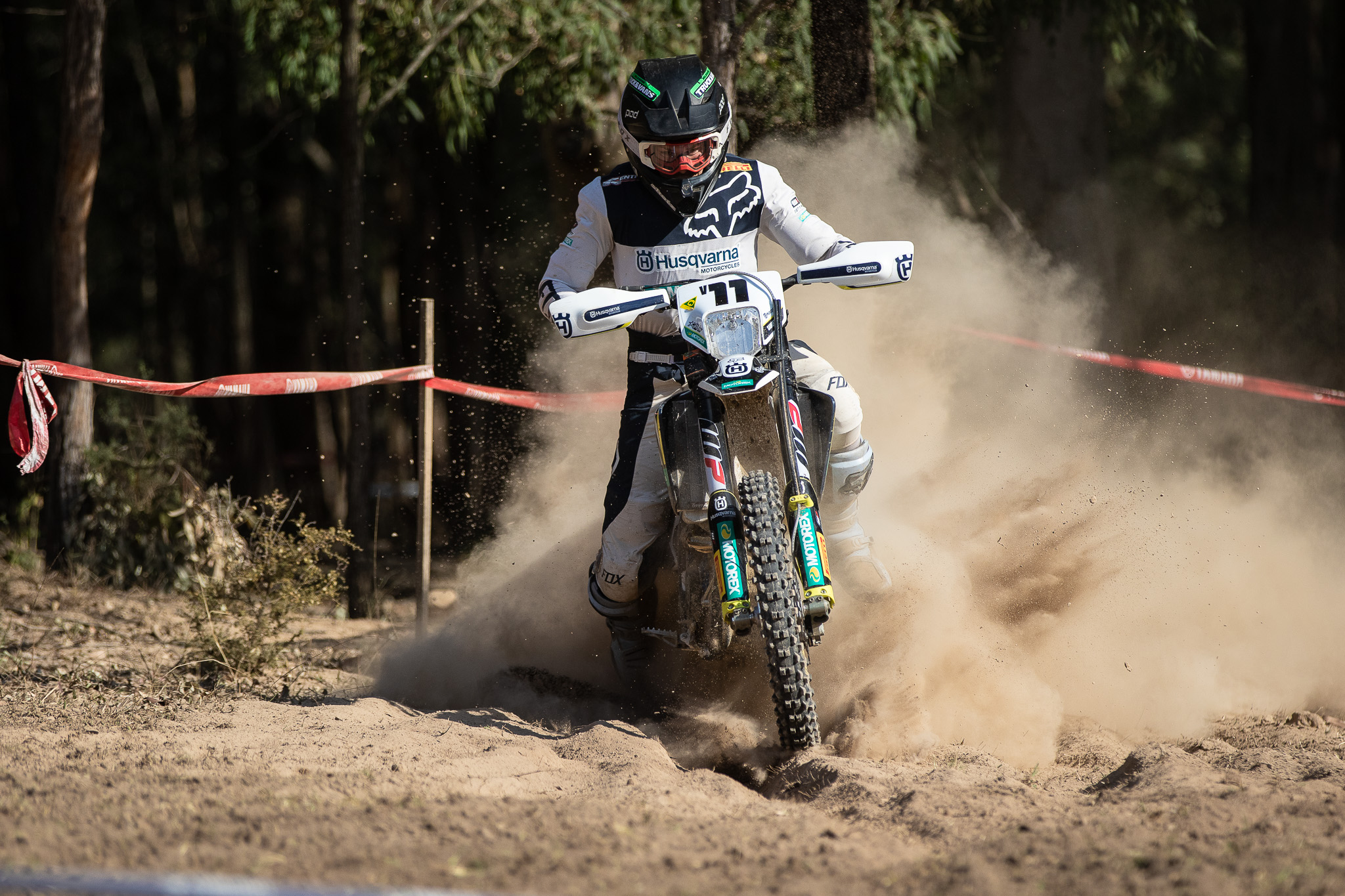 Six wins from six starts in the EJ class for defending champion Michael Driscoll after a dominant display at Dungog. The bLU cRU Yamaha Racing Team rider is looking the goods once again, but the question remains can he pull off the perfect season?

Another highlight from Dungog was the battle between Jessica Gardiner and Emelie Karlsson in the Women’s class. On the Saturday it would be Gardiner getting the better of Karlsson as the pair went back and fourth throughout the tests and trail. The battle recommenced on Sunday, but it was Karlsson who turned the tables on Gardiner to take the win.

In an AORC first, Dungog saw two new support classes for the round, the 125cc Amateur Cup and Pre-Evo 86 Vintage class. It was great to see the older bikes taking on the course alongside the todays machines, and even a few old AORC champions returning. The inaugural classes were taken out by Geoff Braico (Amateur 125cc Cup) and Ashley Sprenger (Pre-Evo 86 Vintage). 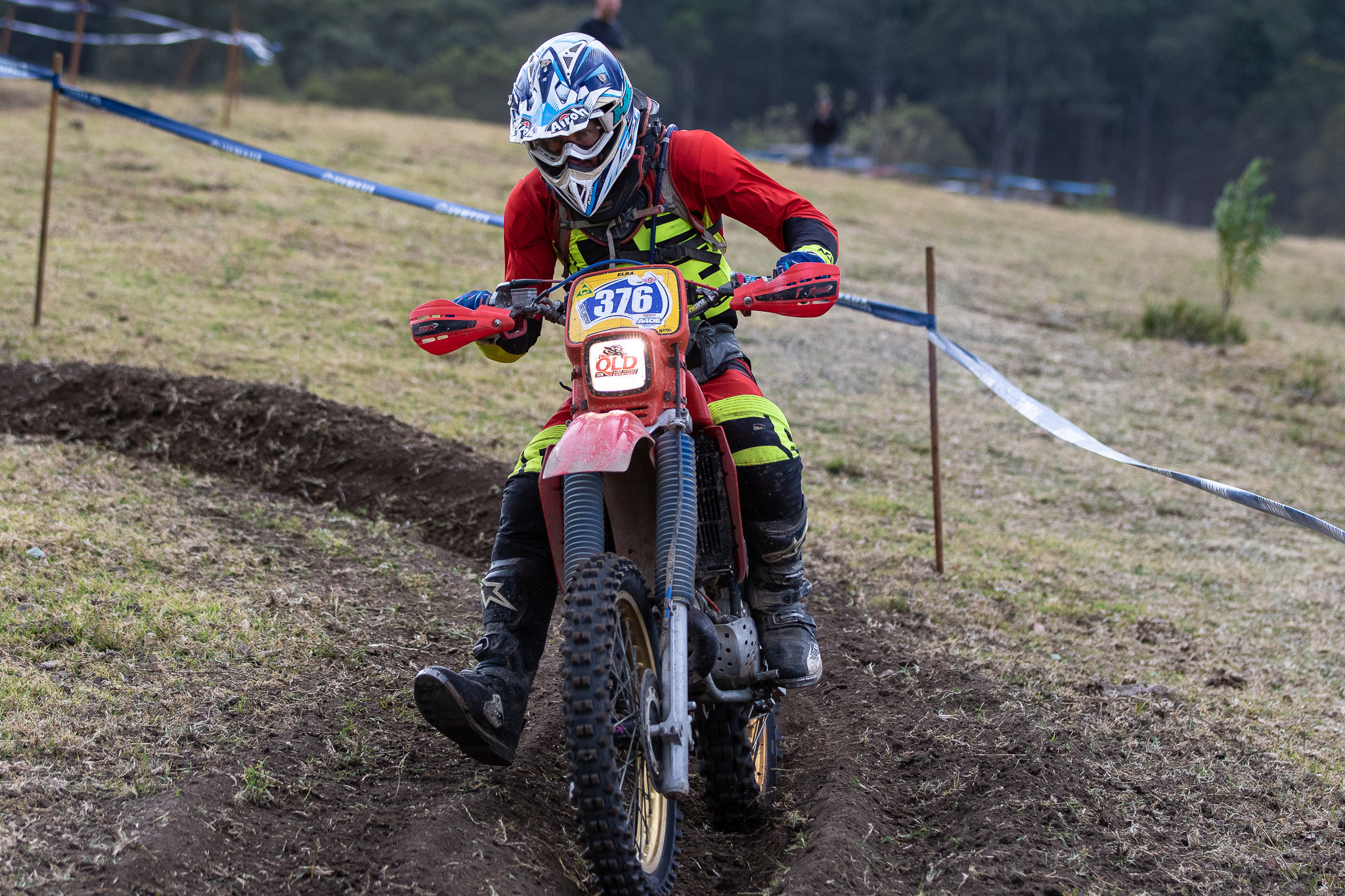 The juniors saw quality racing throughout the weekend in the J4, J3 and J2 class. In J4 Kyron Bacon took out both days wins to move within two points of Championship leader Korey McMahon. Will Riordan continued his stellar season picking up both wins to maintain his perfect season. Kobe Conley had his best weekend of his AORC season, picking up both wins in J2 to show he is a real contender for the title this year. 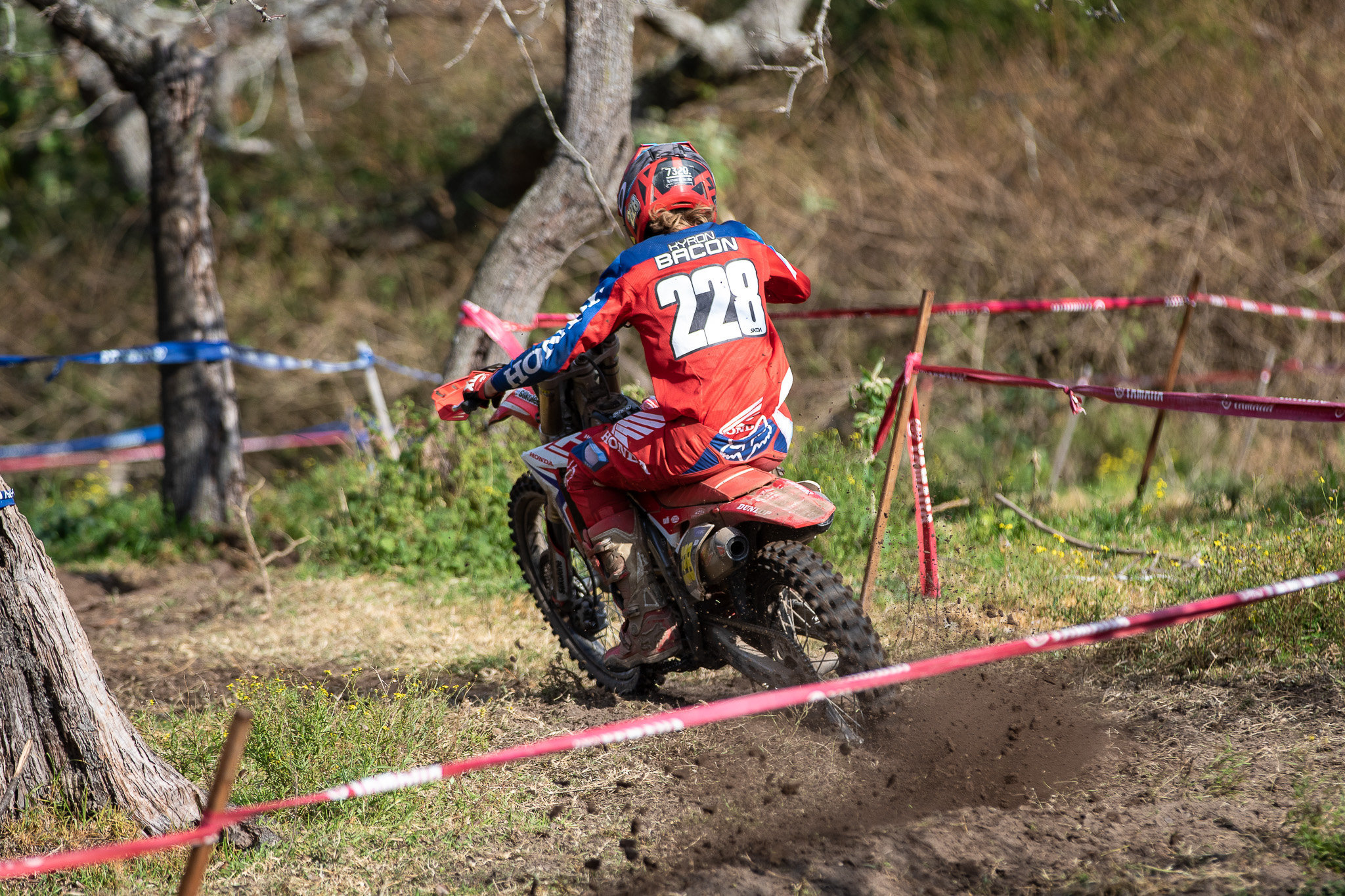 In the Veteran’s and master’s classes, both Richard Chibnall (Veterans) and Geoffrey Ballard (masters) completed perfect weekends at Dungog. The highlight in the Veteran’s class was the battle on Sunday between Chibnall and Jade Garltan, the pair were separated by just over a second at the end of the day.

The next round of AORC will see the field head off to Broken Hill, NSW with the first cross-country of the season. The juniors will be racing on Saturday whilst the seniors will race on Sunday. The conditions for Broken Hill will be very similar to Hattah with the sandy, dessert terrain facing the riders.Entries are now open, you can enter here.