Daniel Milner (E3), Daniel Sanders (E2), Luke Styke (E1) and Michael Driscoll (EJ) have wowed the crowds at Round 10 of the 2018 Yamaha Australian Off-Road Championships (AORC) in Omeo, Victoria, as they were all crowned Champions after winning today’s cross country.

Set atop the picturesque alpine township of Omeo in Victoria, scores of spectators were treated to a spectacular cross-country battle between Australia’s best Enduro competitors who provided ample excitement and palpable competition.

E3
The man who has been uneatable all season aboard his KTM was once again Milner, as he took the win in style here at Omeo, Vic in today’s cross country. After a tough start that saw Milner just keep the bike on two wheels, he quickly regained himself and set off to catch the lead group. It didn’t take long with Milner making a move on Lachlan Stanford on the last turn of the first lap to take the lead.

As usual he didn’t look back from there and coasted to victory with his time of 2:55:17.670, handing him the E3 title and now he has completed the triple crown (A title in E1, E2 and E3 classes).

Milner was stoked with today’s results; “This feels pretty good, well let’s say it’s definitely good! I’ve never had to opportunity to ride the E3 bike and to have that chance and to win the title, I’m stoked. The bike has been unreal all year and the best part is that I’ve had so much fun this year and to achieve this just makes it all the better as well.Taking this win in another cross country after the Hattah mishap makes todays win even better and cross-country riding is something I’ve focused on since return from the GNCC, really winning cross countries is my biggest goal,” finished Milner.

As consistent as ever was Lachlan Stanford, after grabbing the early lead with a tremendous start, the Husqvarna rider would settle for second place in E3. Its been the tale of Stanford season to date as he has been consistently second fastest in the class, his time of 3:01:52.514 put him in second.

Rounding out the E3 podium on his Gas Gas was Broc Grabham with his time of 3:10:18.242, another solid days riding in tough condition for Grabham.

E2
What a year it has been after returning from Enduro GP for Daniel Sanders, he has comeback and looked like her never left taking win number ten for the season on his way to the 2018 E2 title.

Sanders would once again do things the hard way after a big fall on the opening lap saw him lose his helmet visor, but they didn’t stop the Husqvarna rider. Sanders regained his composure and put his head down and charged. His efforts pushed himself over the line in a time of 2:55:43.427.

The E2 Champion shared; “Its so good to wrap it up in my home state of Victoria, and aswell finishing with cross country its like you have won a race and you get to celebrate it with the team. I had a massive crash on the first lap and went flying over the bars and lucky my fox helmet saved me once again. To come back and enjoy racing and give 100% makes this so much more enjoyable and a big thank you to the Husqvarna team for everything they do,” said Sanders.

Mr consistent Josh Green was back to his best on his Yamaha, grabbing second place after he stopped the clock at 2:58:30.695. Green was one of the smoother riders out there on a track that deteriorated quite quickly, and it payed off for him as he finished the three hour strongly. 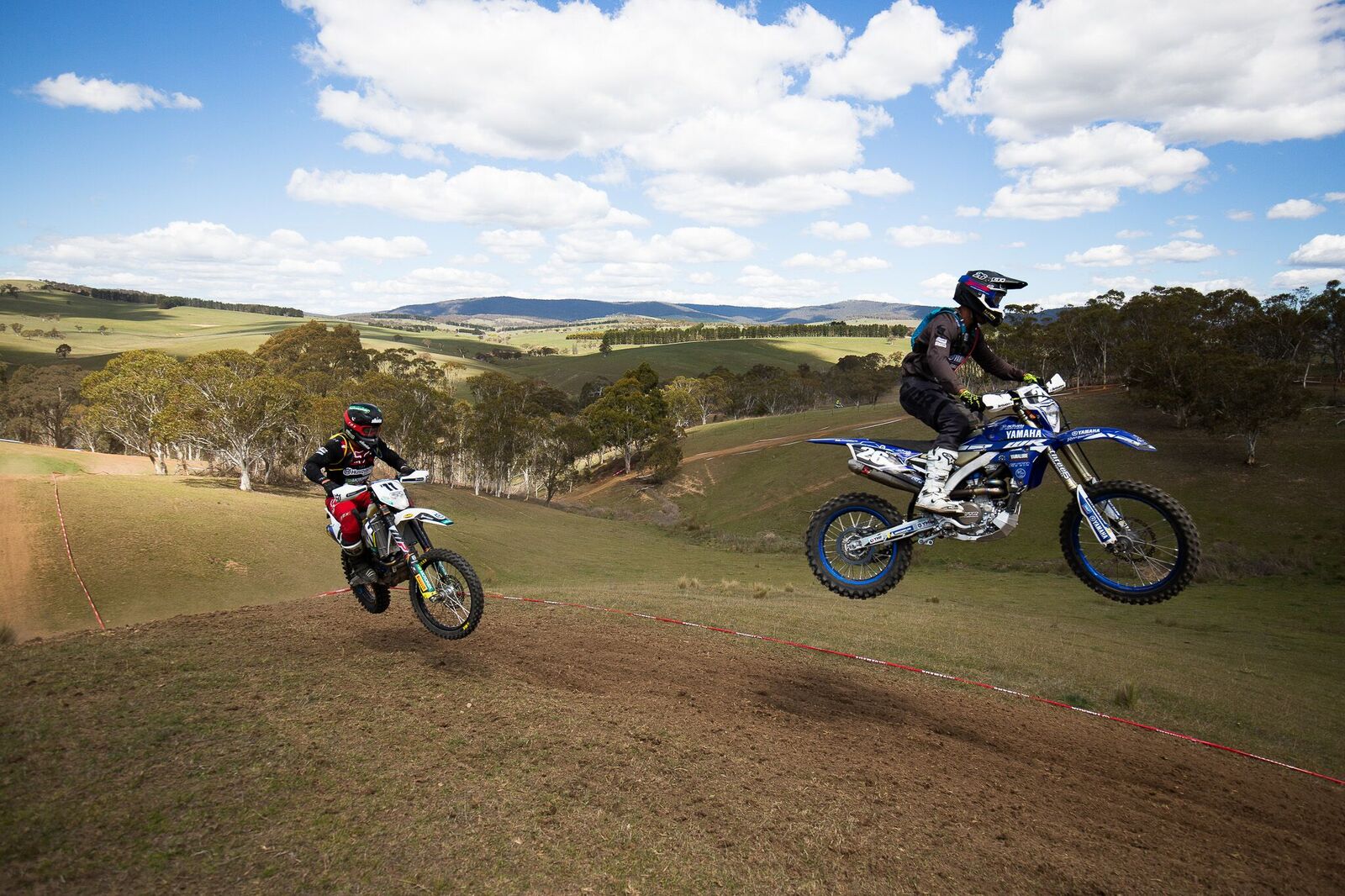 E1
There were many questions raised when Luke Styke made the cross from motocross to off-road racing, but it now appears to be a genius move from Yamaha. Styke in just his first season has claimed the E1 title after winning today’s cross-country with a time of 3:02:48.128.

Styke was over the moon to take his first off-road championship; “It a great result, wrapping up the title with a round to spare it’s something I didn’t expect. The whole experience from motocross to off-road racing has been great, everyone involved with this team has made my job so much easier. I’m definitely over the moon and I can’t wait to battle for more title in the years to come,” finished Styke.

A great ride came from Jack Simpson who put his KTM into second place after ending the days riding with his time of 3:03:15.605. Simpson had moments where it looked he could be the man to potentially take the win of Styke, but it just wasn’t meant to be today for Simpson.

The final spot on the podium went to Fraser Higlett aboard his Husqvarna, Higlett has once again shown he is a serious competitor in the E1 class. His time of 3:03:45.780 handed him third position.

EJ
The EJ class has been all about Michael Driscoll this season as the Yamaha rider collected his tenth with from as many starts, taking out the EJ championship for season 2018. Driscoll made it back to back EJ titles with today’s win, his time of 3:08:22.069 was enough to secure win number ten.

Driscoll was lost for words with another EJ championship; “I actually can’t describe this right now, I think tomorrow it will sink in a little bit more, but the feeling is unbelievable right now. Today didn’t quite go to plan off the bat, I got a poor start and had to eat a lot of dust, but I worked my way to the front and then with two laps to go I knew the win was insight,” finished Driscoll.

In another one of his cameo appearances in AORC, Mason Semmens took out second place in the EJ class aboard his KTM. Semmens who has made a few AORC appearances this season ended his day with a time of 3:08:58.355.

The final spot on the podium went to Husqvarna’s Joshua Brierley, his time of 3:10:05.585 was enough for third. Its another great performance from Brierley in his first season up in the EJ class after taking out last seasons J4 title. 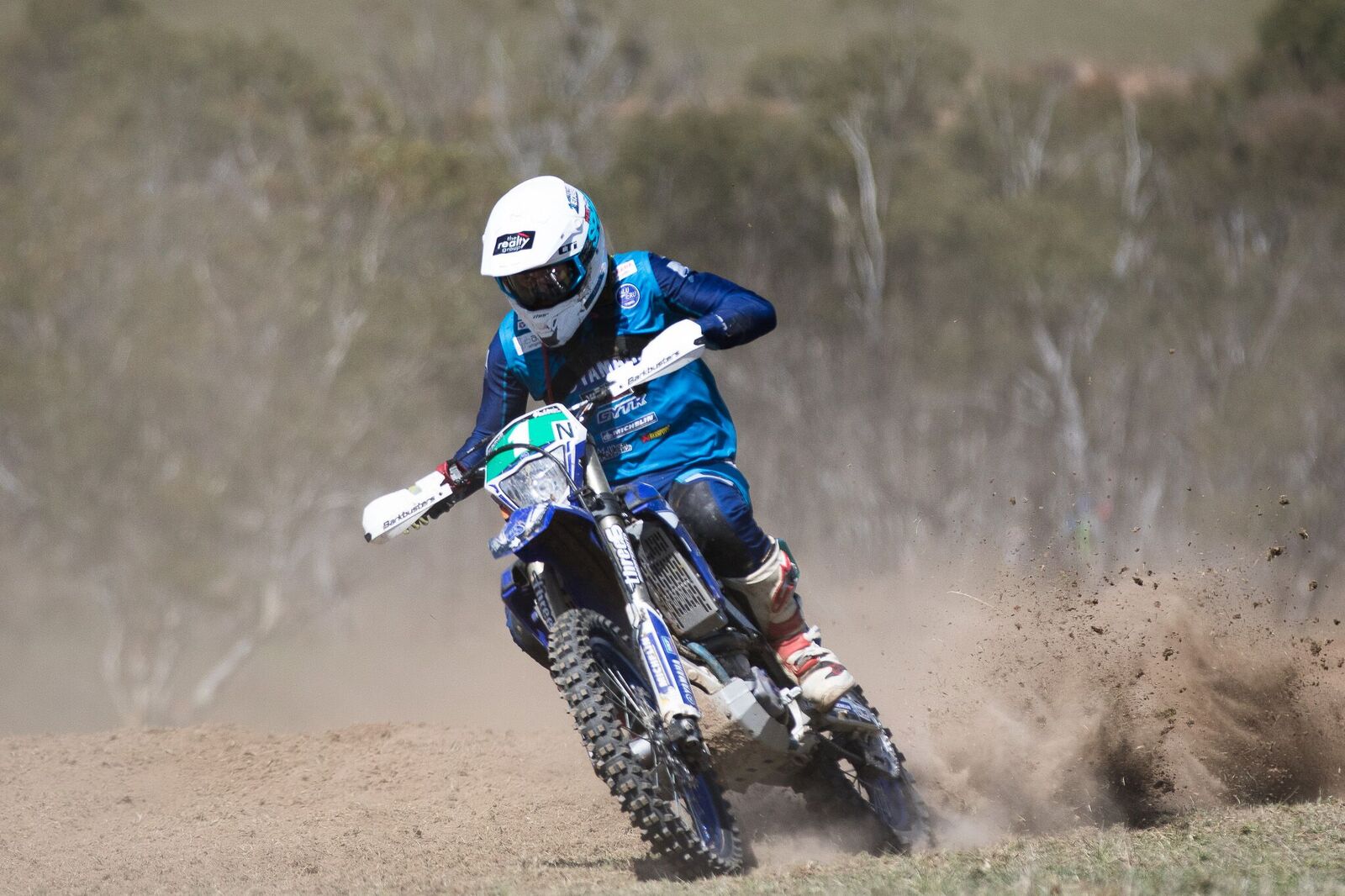 The field is back in action tomorrow with sprints for the final time in season 2018 and although the Championships may be won, Milner, Sanders and Driscoll all have the chance for undefeated seasons.