Despite team leader Christophe Nambotin – picking up a hand injury during the second half of day four of the FIM International Six Days Enduro (ISDE), France continue to lead the FIM World Trophy team competition, with a seven-minute lead over Australia. Team Australia continues to dominate the FIM Women’s World Trophy category ahead of the USA and France.

It was another overcast day with welcome rain during the night to change up the track and help with the dust. Day by day as the end of the event approaches the atmosphere has risen with more people in the paddock. There’s only one more day to go until only the fans can pack into the final moto. 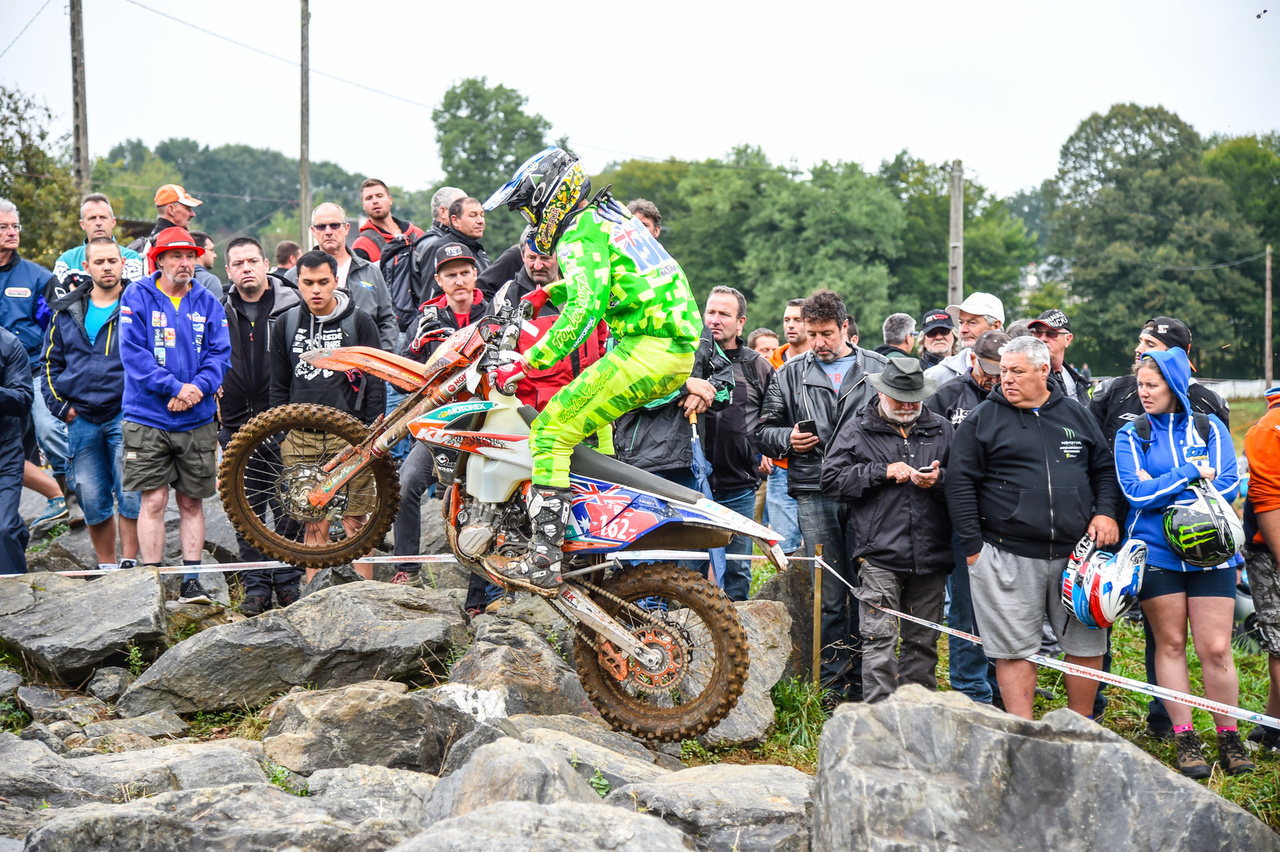 The Australian World Senior Trophy Team remain in second position and are now seven minutes behind France. Although the Australians remain in second, they have put a significant gap between themselves and Finland. One of France’s top riders Chistophe Nambotin has an injured hand, which could be a massive blow to the French team. Depending on whether Nambotin can recover from the injury, it could change the situation heading into Day Five, with Australia waiting in the wings for any slip up. Daniel Milner still leads the Aussie charge and remains in the top five for outright. Although he has lost his E2 lead to French rider Loric Larrieu. Less than two seconds separate the two, meaning anything can eventuate. Australia’s two Enduro GP stars in E3, Matthew Phillips and Daniel ‘Chucky’ Sanders sit in fourth and fifth respectively. Josh Green continues to adjust to his Yamaha Y250FX and still sits inside the top 10 of E1. 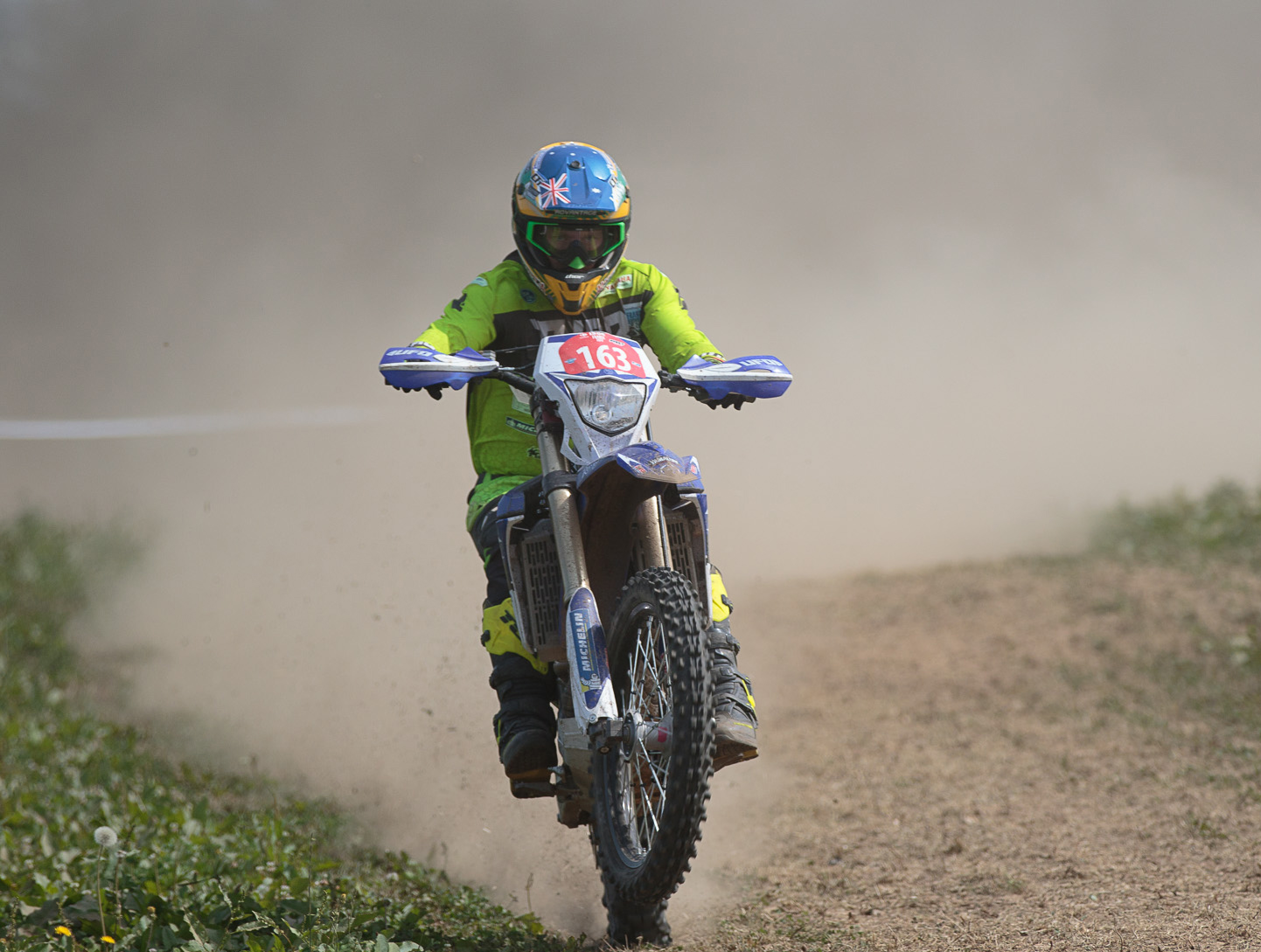 Daniel Milner; “Day Four is behind us and it was a challenge for sure! Today was all new tests and they were a lot of fun. Being out there first made it hard, but it’s definitely better than yesterday. I made a mistake and got jammed under my bike, which made me lose lots of time. Unfortunately, I’ve lost the lead for the E2 class but we still have one more day to go and the Final Moto. Hopefully we can stay in second or challenge for first tomorrow.”

Matthew Phillips; “The Team did really well today. With an injury to one of the French riders it may provide an opportunity to hit the front. The Finnish are having a crack so we have to keep them behind us as well. Tayla Jones was incredible today and Daniel Milner is also doing very well. Overall it’s going to plan and I’m looking forward to getting out tomorrow.” 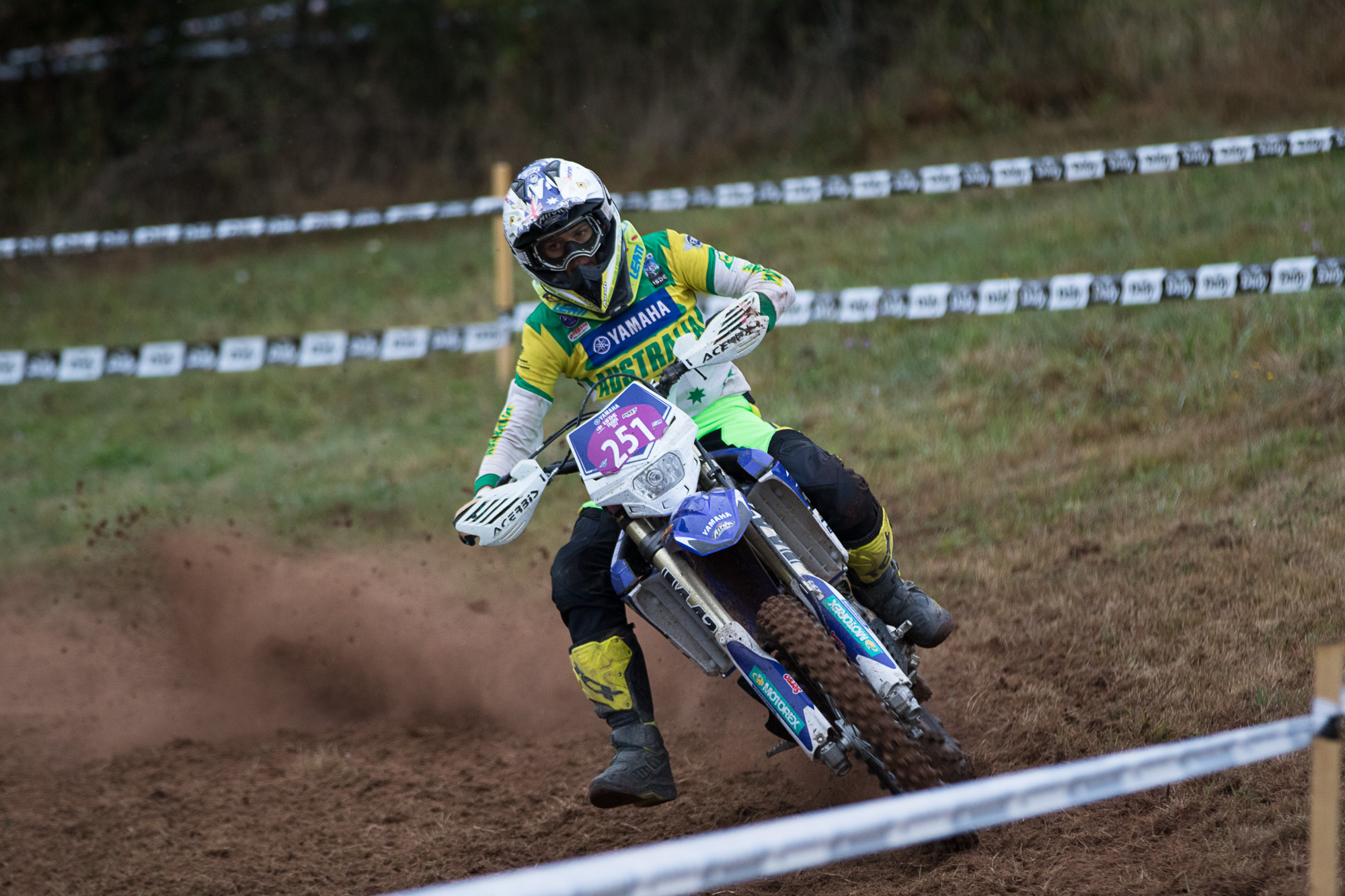 Australia’s Womens World Trophy Team continued their dominance, topping the class on Day Four to hold a seven-minute and fifteen second advantage over the USA in the overall results. Providing the fifth day of competition does not deliver anything in the way of unwanted surprises, Australia look to be headed for yet another Women’s World Trophy victory. Should the Women claim the title, it would mark a historic fifth championship in a row! Australia’s Tayla Jones has been locked in an epic battle with Laia Sanz for the entire ISDE so far, and it would be Jones to come out on top in this occasion. Tayla beat Laia by 24 seconds and now has two days to try to grind back another 40 seconds on her as this fierce battle to be the fastest Enduro woman in the world continues. Jess Gardiner and Jemma Wilson also continued to battle on as they both sit inside the top 10. Gardiner has been very consistent in her test times, despite her hand injury and will continue the grind, as she is desperate to get that fifth title. 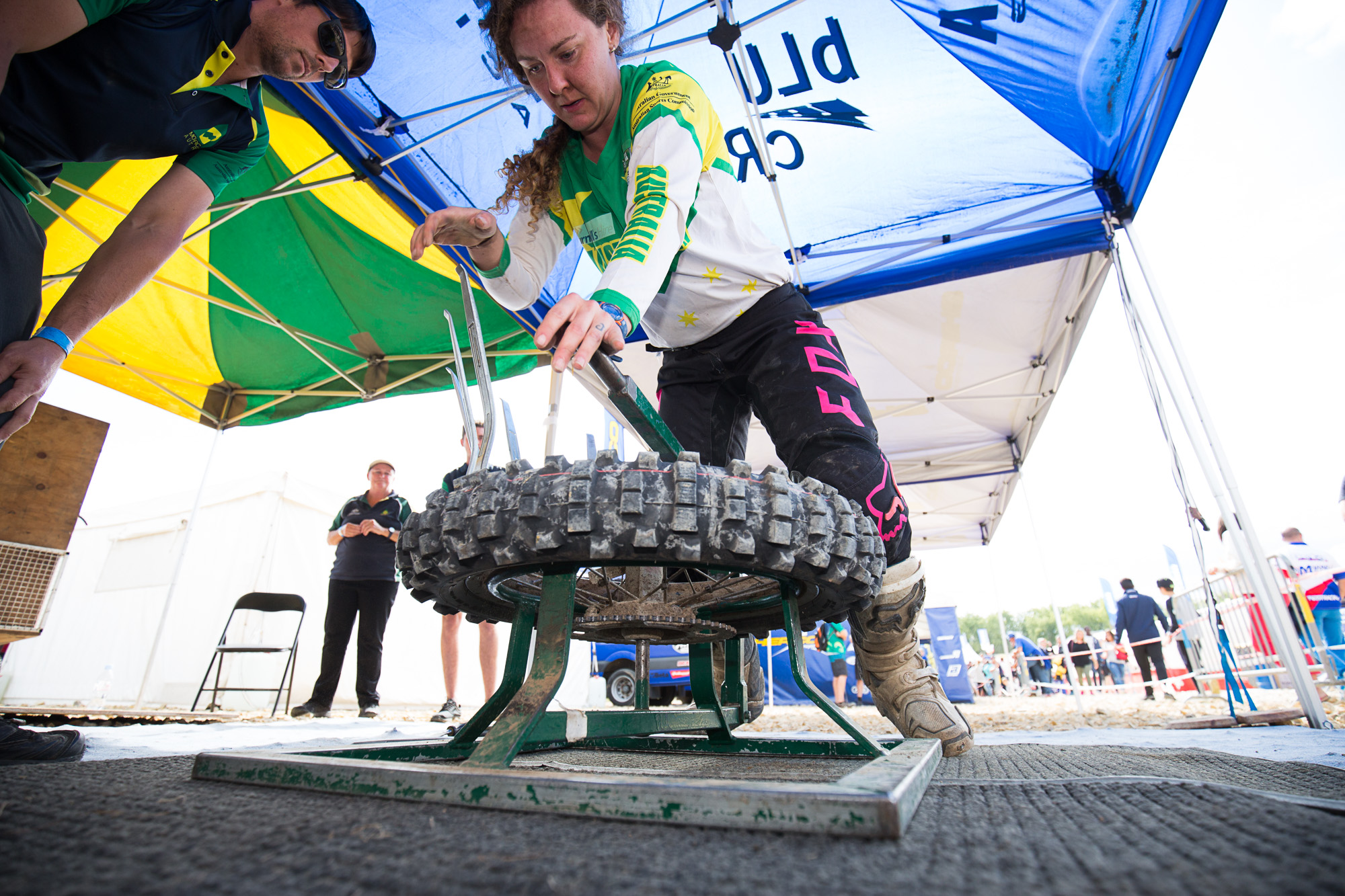 Australia’s sole remaining Junior representative Lyndon Snodgrass continued to develop as a future ISDE star, as he ended his day in the top 25 outright and moved up in class to sit in 11th place. Snodgrass’ test times impressed, matching many of his Senior team mates, he is also only one of seven Junior Trophy Riders in the top half of the field. 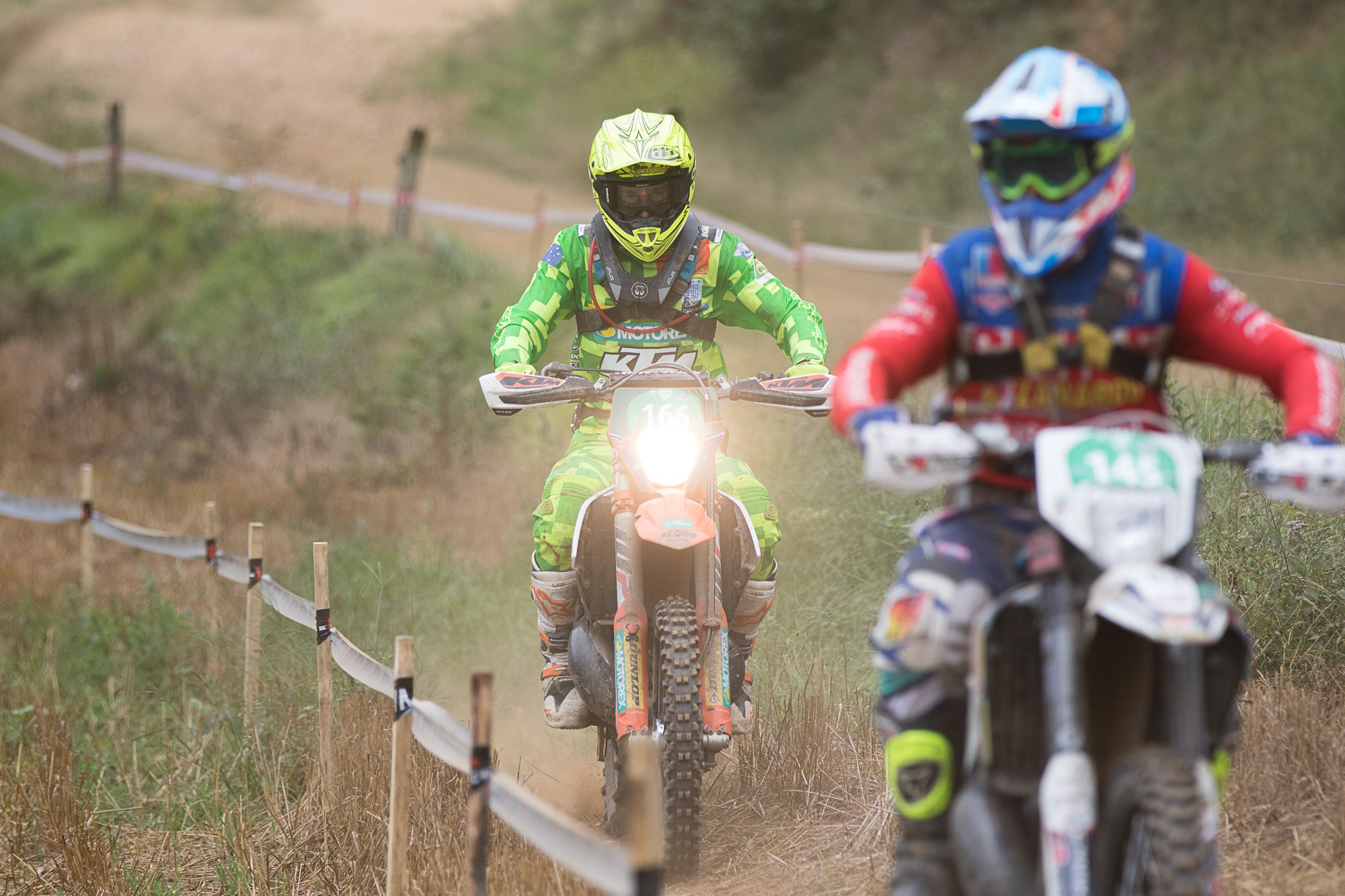 Australia’s Club Team, made up of Ben Kearns, former World Champion Shane Watts and Scott Campbell, have been able to improve their position as team to 25th. The Club Team have been able to survive the four days and they race the same tests and trails as the Trophy Team riders.

Day five will see a repeat of Day Four’s course and test which will be the final day of this before the final moto on Saturday.