The grand finale of this year’s Championnat de France d’enduro headed to Ambert, a commune in the Puy-de-Dôme department in Auvergne in central France.

24-year-old Jess Gardiner entered the fifth and final round leading the championship by one slender point after suffering her first DNF on the second day of action at the fourth round two weeks ago, which resulted her in breaking her left scapula on a fast-downhill section.

However, in true Australian style, Gardiner rode through the pain barrier to score a double race win which saw her locking up the Women’s French Enduro championship, becoming the first Australian to win the title.

The weather conditions for the first day of competition were simply ‘insane’, which saw entire day be affected by rain. Gardiner, who won with a total time of 55min47.975, 8.937 seconds clear from Justine Martel, didn’t remember the last time that she was so cold whilst racing a motorcycle.

“The trails were like riding in a creek with that much water gushing everywhere,” said Gardiner.

“The trial is the toughest trial for a French Championship, since the last time I remember racing here in 2014.”

On a course which included rocky trials, nonstop rocks and tree roots did get the better of Gardiner, which saw her having a few crashes throughout the day.
Gardiner explained; “When I knew I was going to crash I jumped onto my feet at the last moment to preserve my scapula.”

“Overall I’m really happy to get the victory today. Now, with a six point lead in the championship it has taken a lot of stress off me heading into the final day tomorrow.

Once again I can’t thank the Ridercamp enduro team enough, as they have all done a fantastic job with supplying me a race winning Yamaha WR250F. On top of that, in such hard conditions such as today, Michelin tyres have yet again proved to be the best tyres to be on to get the job done.” 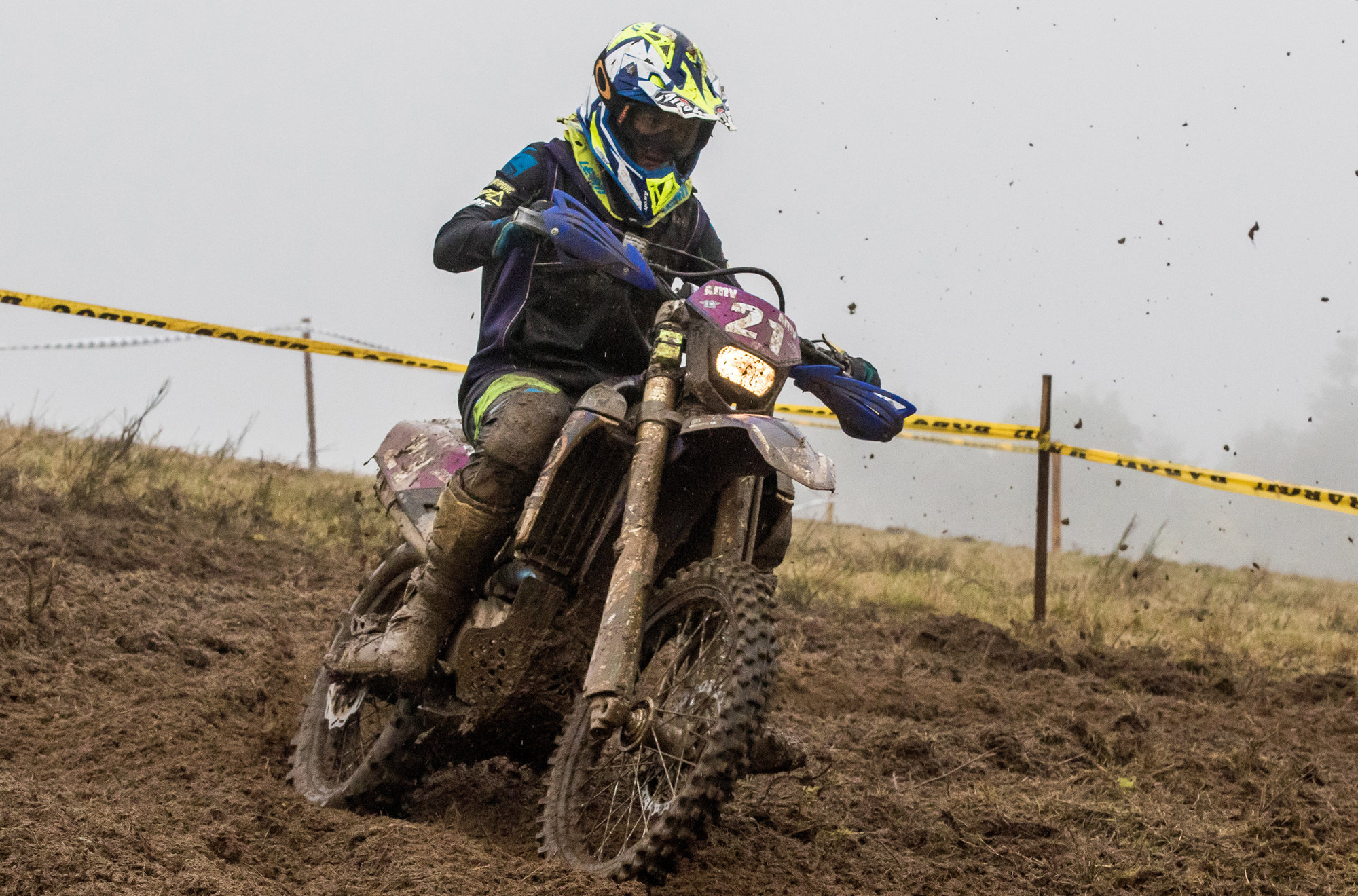 The final race of the 2017 season was a tough day at the office for Gardiner, as her shoulder was not only extremely stiff, but also very swollen from the previous day of racing due to the extreme conditions.

Once again, this didn’t stop her from storming to the overall victory, winning three out of the six heats.

“I’m extremely happy to win the championship. This championship is a fantastic reward for all my French sponsors as well as sponsors back home, as they have all supported me so much this year.

On top of that, it’s so nice to be able to get the job done for the Ridercamp enduro team, as everyone has put in a huge effort this year.”

This year has seen Gardiner taking a total of nine wins from ten starts, which she has labelled as a “successful” year and very proud of. 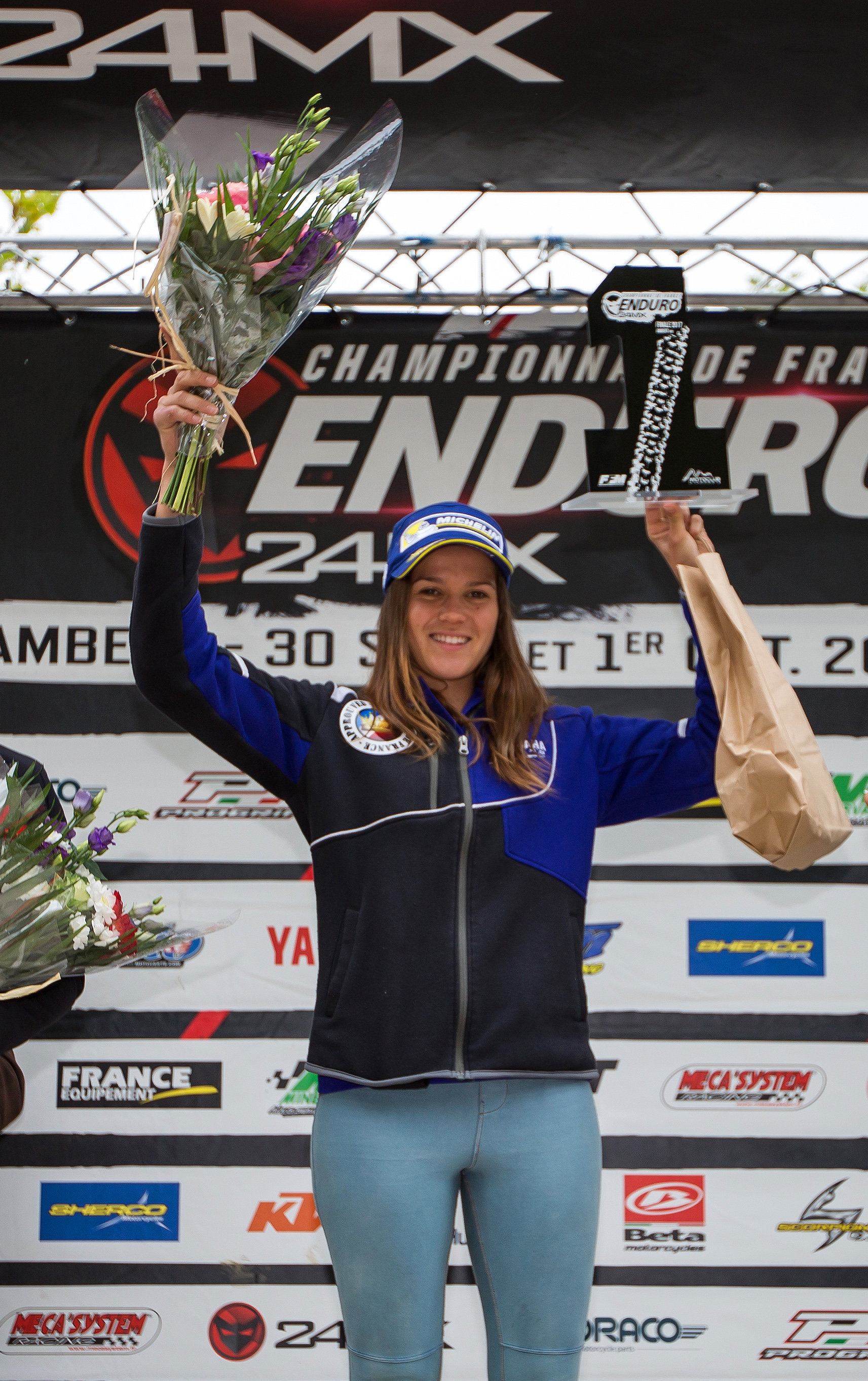 “To be able to come here and beat the best French girls in their country is something I’m very proud about. While I may have taken nine wins this year, every single one of those wins I was pushed all the way by everyone, which shows why the Championnat de France d’enduro series is such a great championship.” 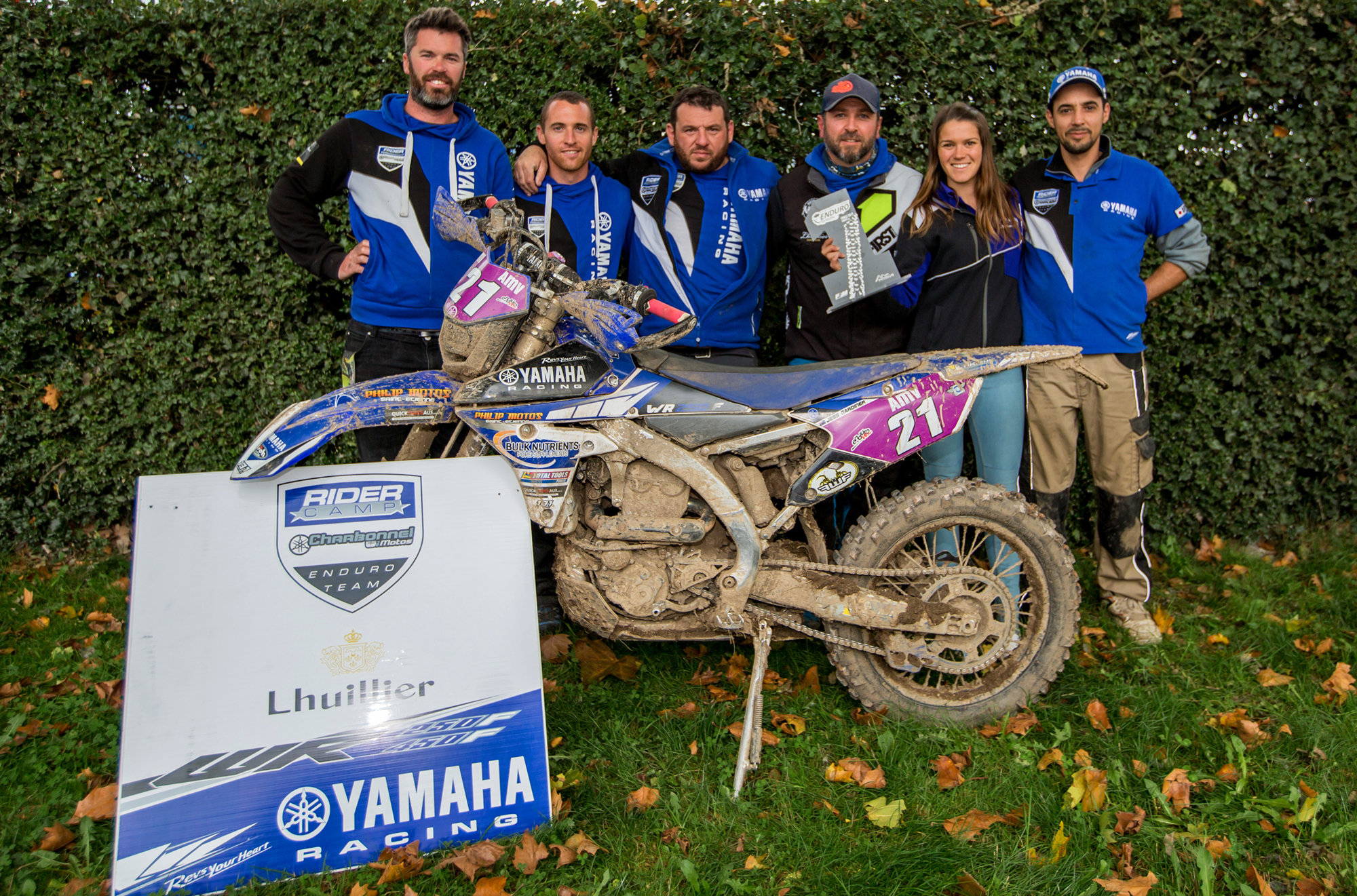