Day Two of the of the FIM International Six Days Enduro (ISDE) in Brive, France saw Team Australia make a great leap forward for the Women’s and Senior World Trophy Teams. As it stands, the Women’s Team now leads and the Senior Team now resides in second place, behind Team France. It was another very warm day and the tests were dusty, which made for visibility difficult for the riders.

Competing over the exact same course as Day One, France once again topped the World Trophy team class as a carbon copy of the opening day, extending their advantage over Australia to four minutes and nineteen seconds. In the FIM Junior World Trophy category Team USA have moved to the head of the results as Sweden (leaders at the end of Day One) lost one of their team riders with a technical issue. In the FIM Women’s World Trophy class, Australia have taken a commanding lead over the USA with Day One winners Spain, dropping to ninth after losing two of their riders. 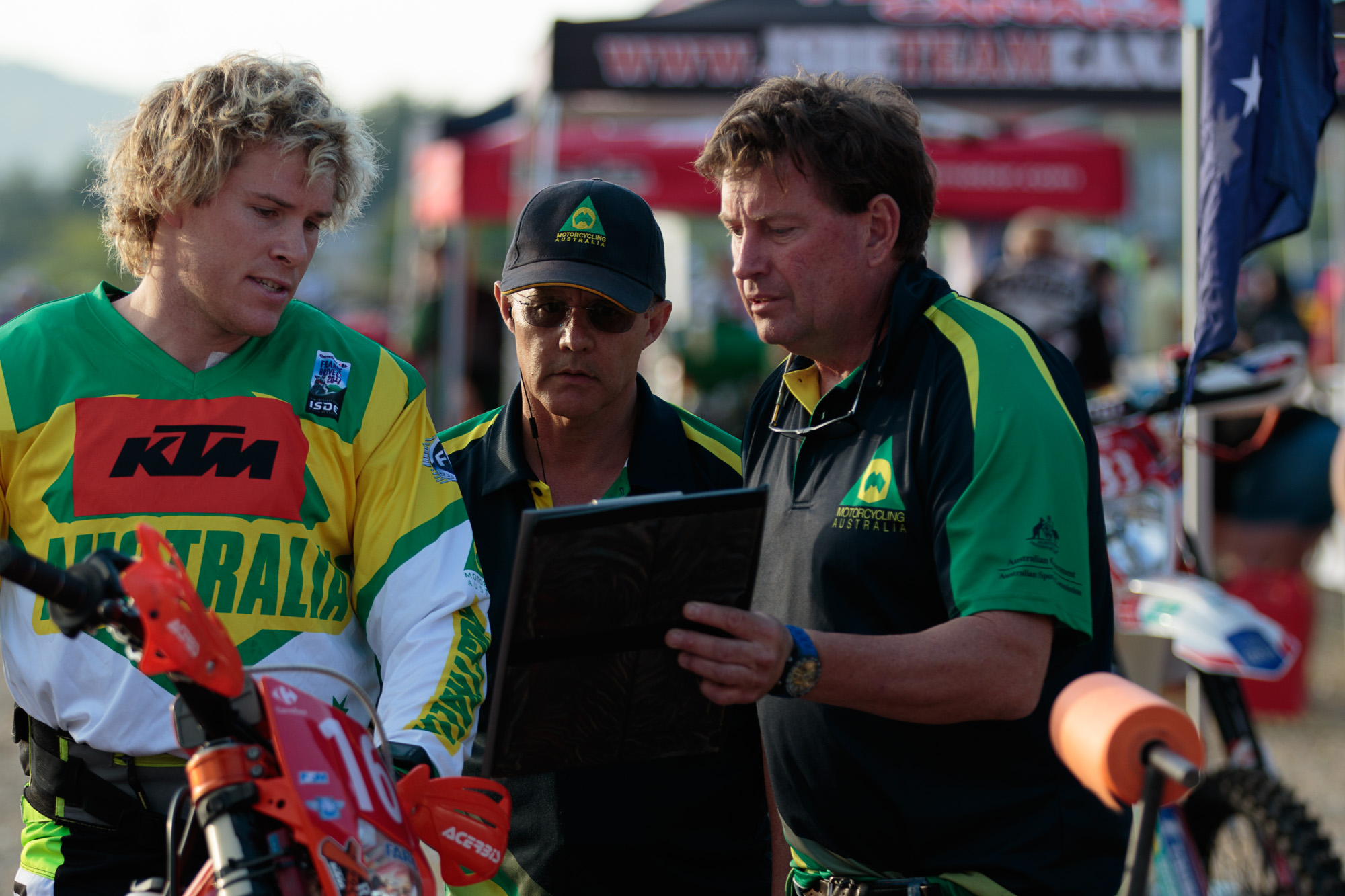 For the Senior World Trophy Team, Australia have moved into second spot and have overtaken Finland. Australia were third for the day, behind France and Italy. Daniel Milner had a sensational day, finishing as the fastest Enduro 2 class rider and fourth overall. Milner topped the first test, two seconds in front of his nearest rival. Daniel ‘Chucky’ Sanders upped his pace and sits fourth in the E3 class and just out of the top 10 in outright. Matthew Phillips is 5th in E3. Josh Green is sitting 8th in class. The Australian’s will be looking to make in roads into France’s lead tomorrow. 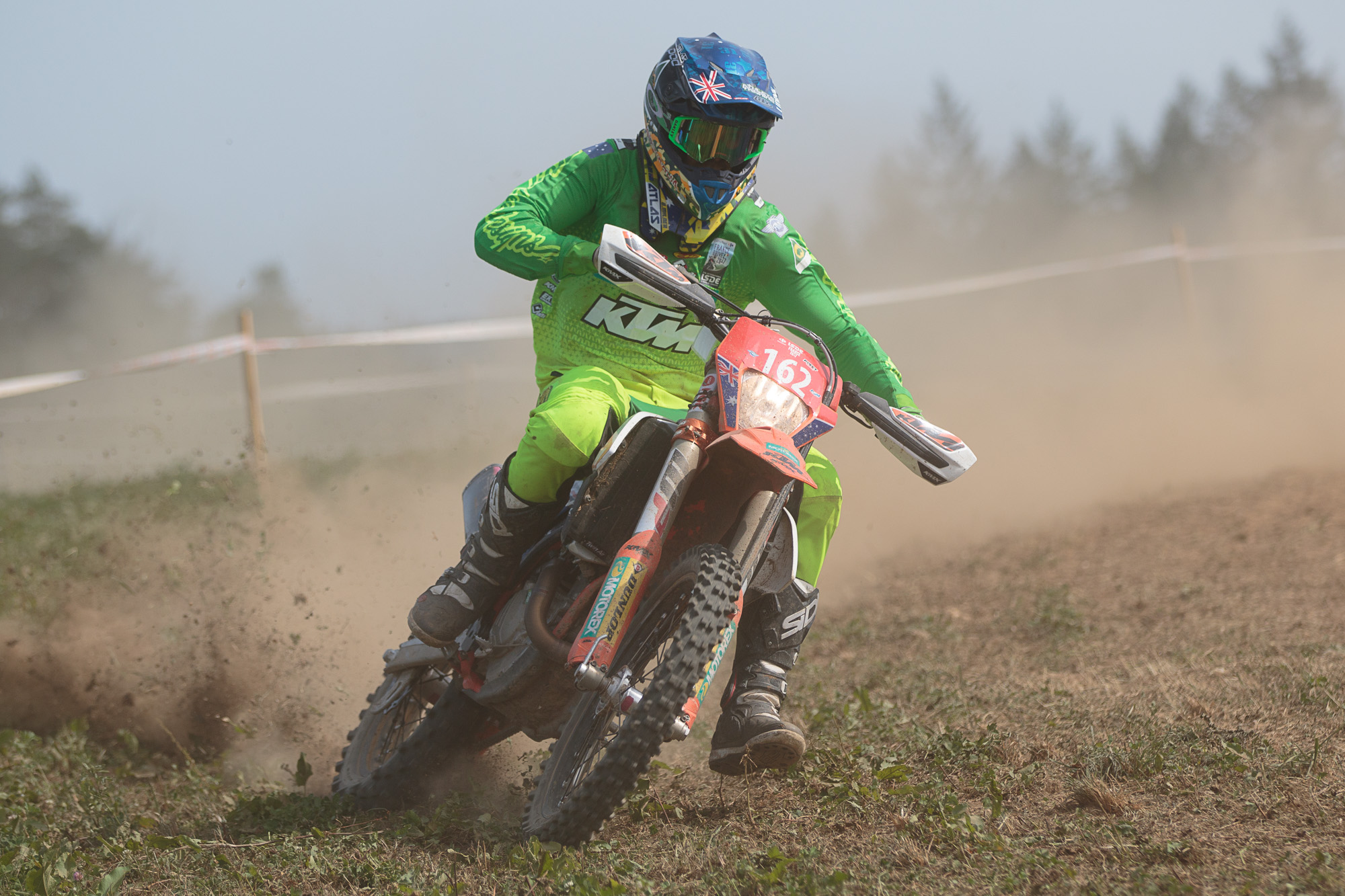 Milner shared his thoughts after Day Two; “Team Australia is going very well and we have moved into second place. Had a good day finishing in fourth outright and first in class today, yesterday was a little rough, pushing too hard but slowly working it out. Finishing fastest in the first test was the highlight of the day.”

Matthew Phillips; “Very happy to move into second as a team, and a couple of the boys have done really well in outright positions. It’s a great step forward, although I’m a little disappointed in my own results. We did have a change of bike at the last minute and it hasn’t gelled yet, the race is still very much open though. Hopefully we can make some adjustments and make our way up through the standings.” 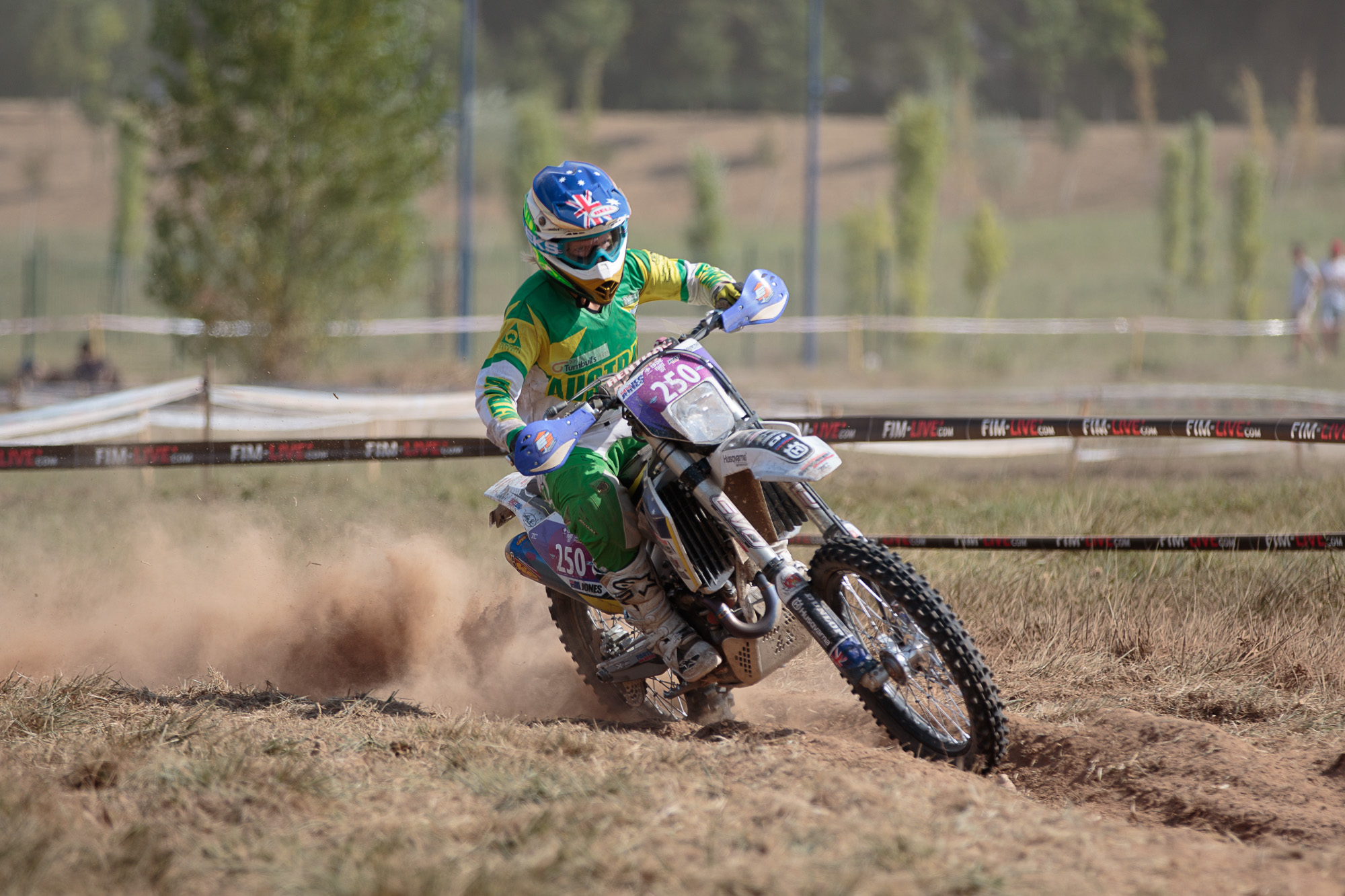 Spain’s time at the top of the Women’s World Trophy class was short lived as two of their team riders failed to reach the finish of Day Two. Australia topped the day, finishing one-minute and eight seconds ahead of the USA with France three minutes and fifty-nine seconds behind in third. Australia’s Tayla Jones beat yesterday’s pacesetter, Laila Sanz (Spain) by an impressive seven seconds. As it stands, Jones is now second outright, with Jessica Gardiner in third and Jemma Wilson seventh. Jones has to make up 35 seconds to catch Spain’s Laia Sanz. Gardiner suffered an injury to her hand yesterday and managed to ride through the pain.

Jessica Gardiner; “We’ve just finished Day Two, I’ve taken a few painkillers and some bandages to get through the day. I went into the first Test just to see how I went. I took it step by step and accessed the situation at every control. The trails were quite rough and technical but I kept telling myself that I’ve made it this far so I have to keep going. Unfortunately the Spanish girls are out of the running for the win, I was looking forward to battling them for the remainder of the event.” 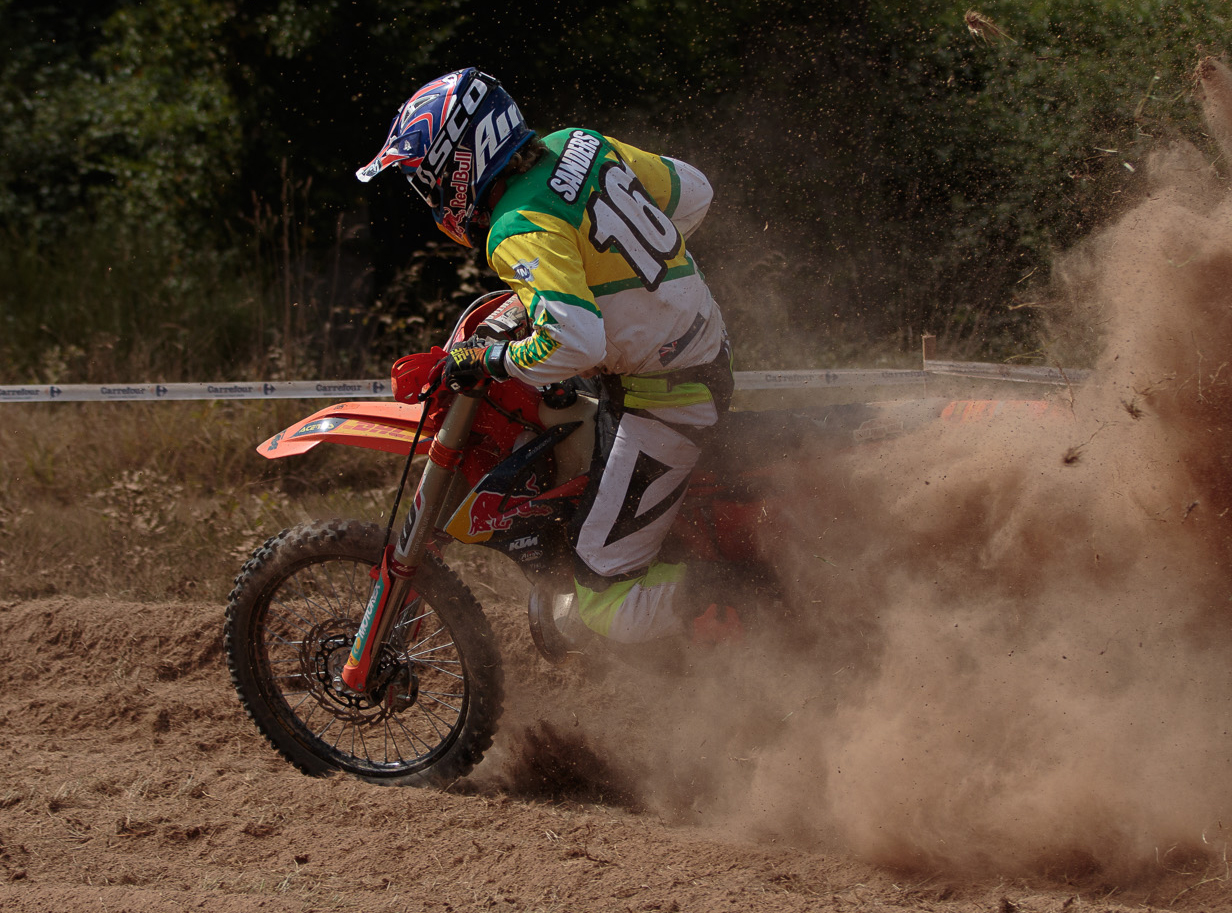 Unfortunately, due to navigation issues, Australia was ruled out of the Junior World Trophy Class for the remainder of the ISDE. Lyndon Snodgrass battled on as a lone solider, now only racing for class and outright honours after losing his team mates in Day One. He really enjoyed the different types of trails, despite results in the tests being up and down. Overall, it was a great effort and he is still right in the mix for class honours and sitting in 12th position in class, just outside the top 50 outright 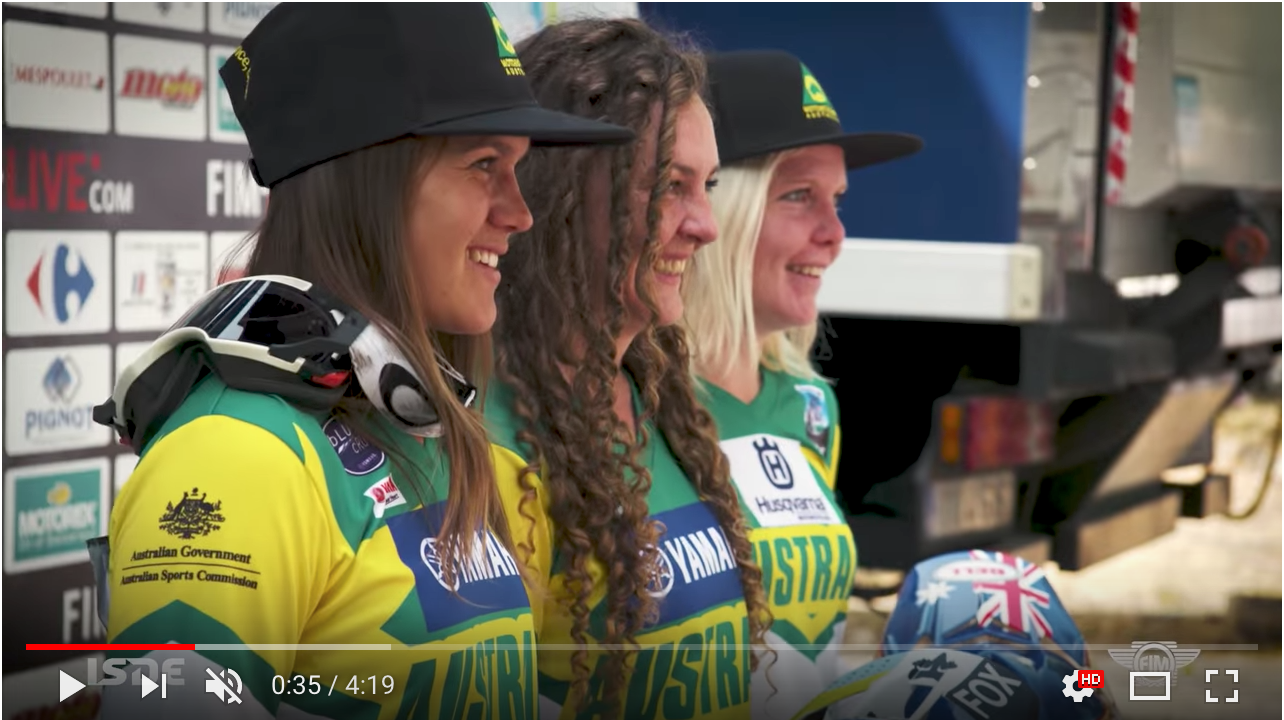