The countdown is just about done as Team Australia prepares to take to the track for day one of the FIM International Six Days Enduro (ISDE) later today. Celebrating its 93rdanniversary, Australia’s World, Junior and Women’s Trophy Teams spent time in reconnaissance over the past week to prepare for a hot and dusty six days ahead. With testing and the Opening Ceremony now behind them, Motorcycling Australia sat down with several Australian riders to share their thoughts coming into day one.

Retuning to South America for the first time since 2014, Chile last played host to the ISDE back in 2007. Located two hours west of the nation’s capital, Santiago, the city of Vina del Mar will play home to the world’s best Enduro riders over six days of adrenaline pulsing action. Organisers have planned three unique and challenging routes to test this year’s competitors, with the opening two days seeing riders tackle the apply named Pacific Challenge. Days three and four move our riders inland to see how well they handle rocky terrains, alongside dust and high heat. The second last day will find riders navigate a forestry course at Penuelas Lake and Wood, before competitors head into the sixth and final day with traditional a Motocross test in front of the Pacific Ocean in Vina del Mar. 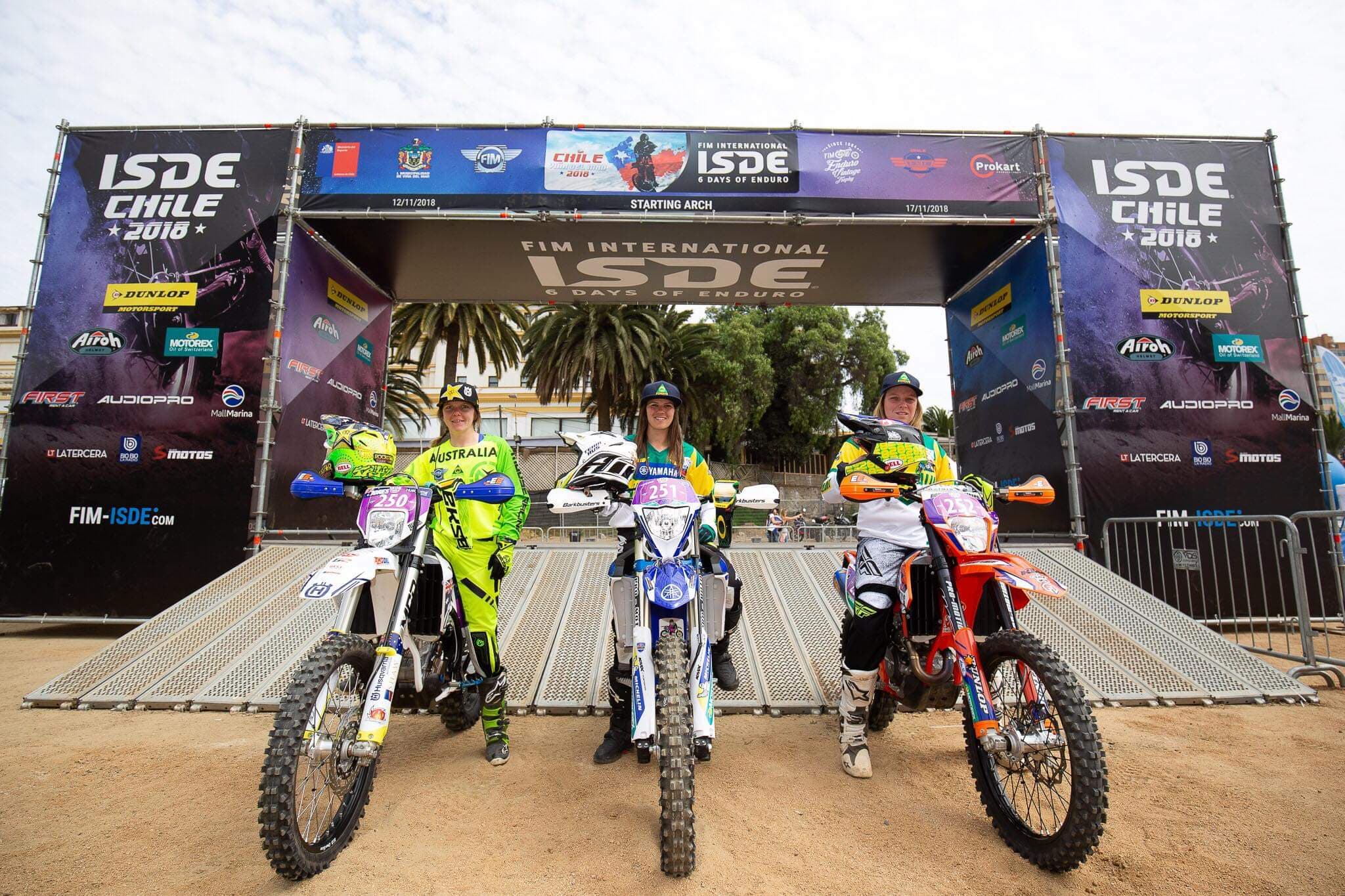 Leading Australia out down the streets along Vina del Mar beach as the Flag Bearer was Australia’s World Trophy Team member, Joshua Strang. Australia’s Women’s World Trophy Team received a very warm welcome during the Opening Ceremony, as they bid for a record-breaking sixth consecutive win. Scoring their first trophy back in 2013 in Sardinia, Italy, Australia’s three ladies, Jessica Gardiner, Tayla Jones and Mackenzie Tricker, are set to once again bring the fire to their international counterparts, serving unstoppable and unrivalled skills. Reflecting on arriving in Chile and the past week of testing and familiarising with the tracks, Gardiner noted that “we’ve done a lot of walking here in Chile. It’s been quite hilly and therefore quite difficult to walk.

“It’s also been quite hot, and even though the metre says its only 22 degrees it really feels like 32! We’ve learnt that it’s going to be far more technical than the standard fast and flowing grass tracks usually seen at the ISDE. So there’s going to be more technique involved, which should make it interesting to decipher all the riders quickly!

“It’s been great to be with the girls in our Women’s World Trophy Team! We’ve found a new teammate in Mackenzie Tricker, so hopefully us Aussie girls can keep the ball rolling and stay strong. We’re preparing for a long, hot event, so we are going to have to really rely on our air filters changes and keeping our coolers up to date. So, fingers crossed for a good event!” explained Gardiner. 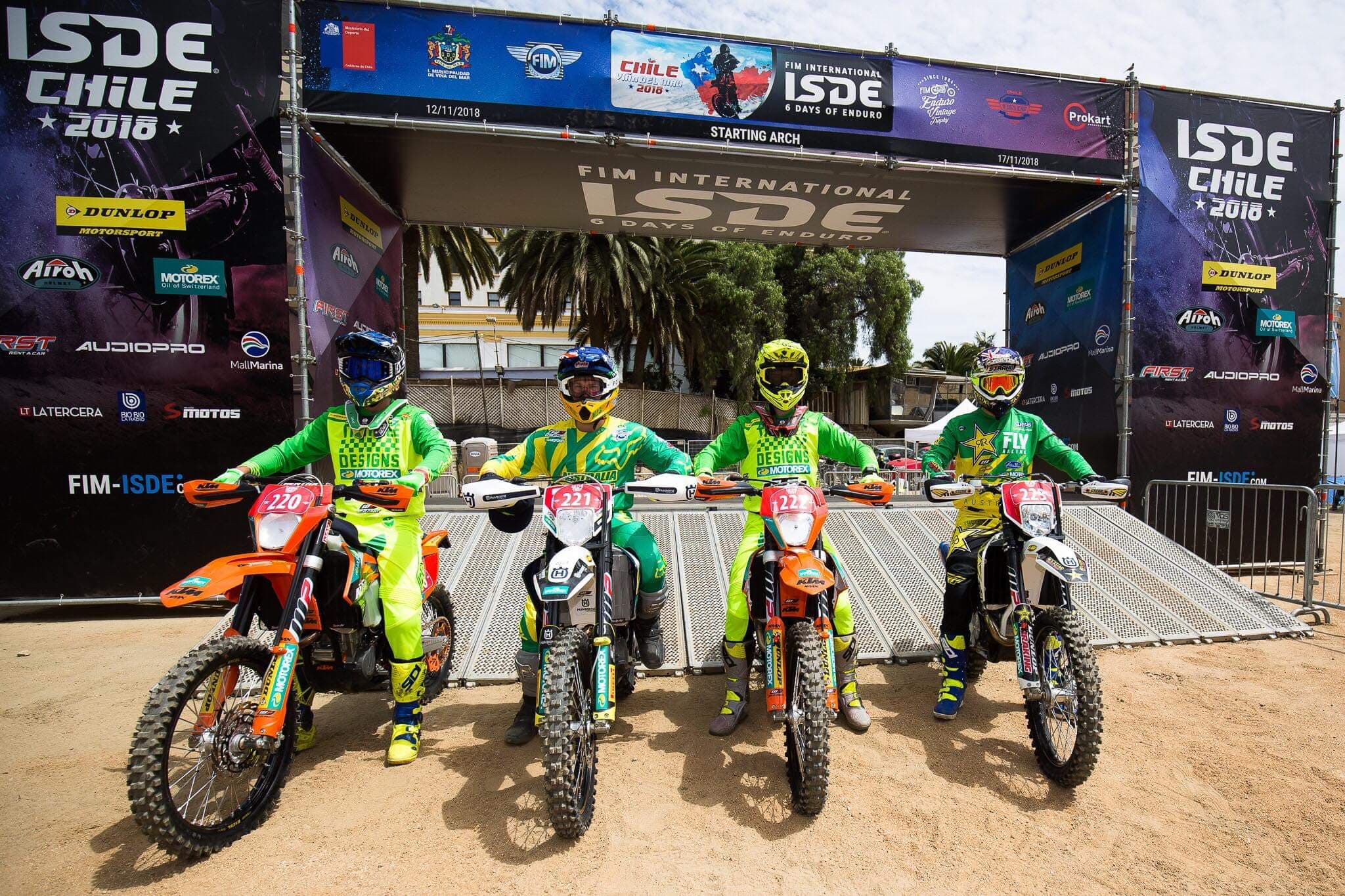 The class with arguably the most intense competition is the World Trophy, and Team Australia has already been coined as a strong and dominant force for 2018, with the potential to take out the trophy. Strang reflected on the team’s hunger and drive, highlighting that “the conditions and terrain here in Chile are somewhat different to what I’m used to. But I think once the race starts today, I’ll no doubt just on into it and be good to go! The next six days should be pretty great, and all the Aussies are in good spirits!”

“We’ve just finished up walking and testing out the tacks, and it’s been an awesome couple of days! The tracks here are the same as back home in Australia so we’re feeling pretty comfortable. All the bikes are ready and tested, and everyone feels ready! What we’ve found out from testing the tracks is that we just need to survive it, so the next six days will be pretty rough, but we’ll see how we go!” 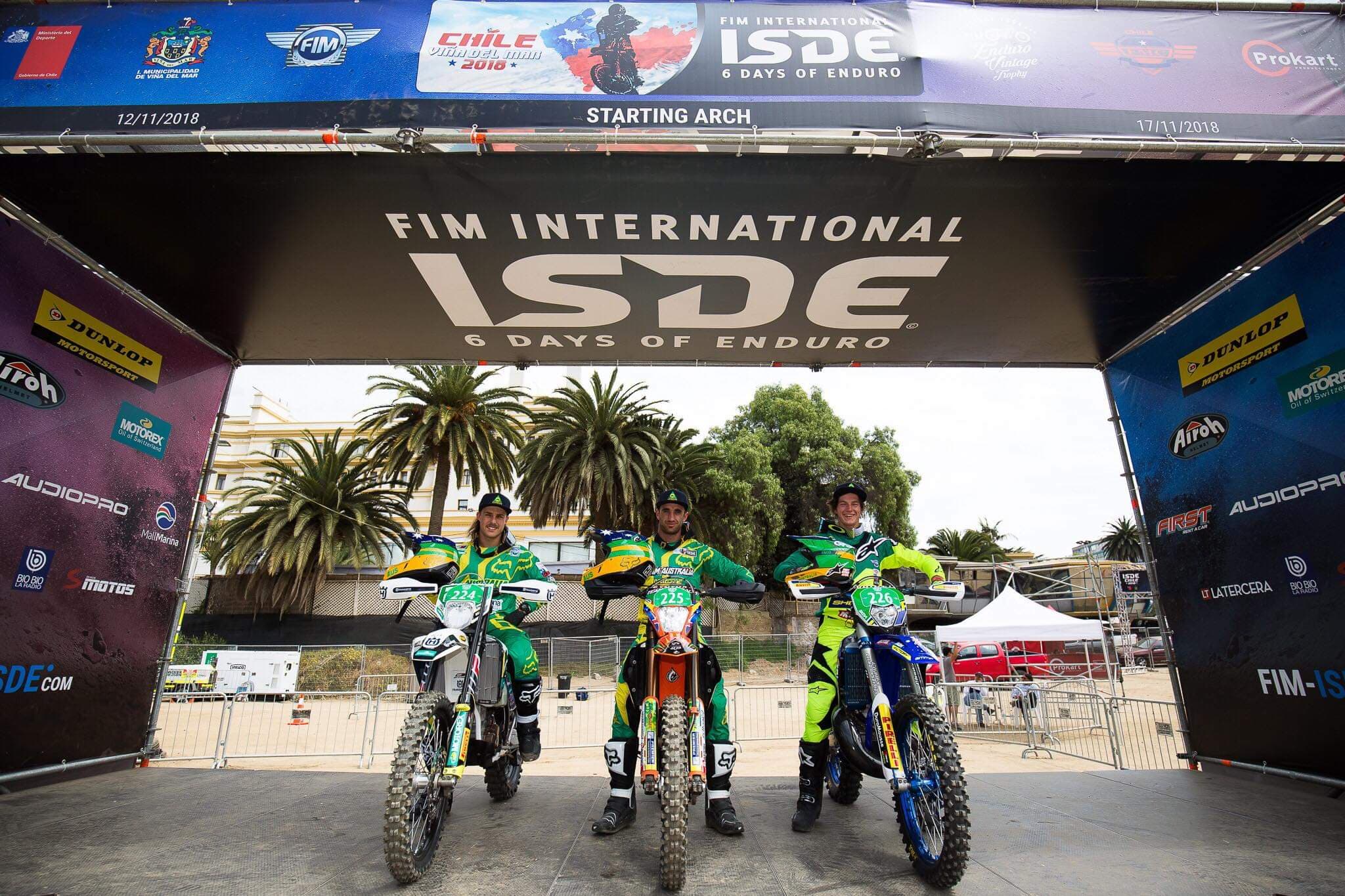