Husqvarna Enduro Team’s Lachy Stanford believes 2017 is his best chance yet to claim a Yamaha Australian Off-Road Championship title. With a brand new Husky for this season and improved fitness, local Byron Bay competitor Stanford is confident ahead of his home race at Kyogle NSW (July 22 – 23).

26-year-old Stanford is currently tied on points with KTM Enduro Team’s Lyndon Snodgrass in the senior E3 Championship. Now sharper and stronger than ever, Stanford believes the time is now to collect a title. Stanford is known for his ‘silky smooth’ style, which should be well suited towards Rounds 9 & 10.

Stanford went into detail about competing at Kyogle; “I’m definitely keen to be racing at my home rounds! It’s only an hour’s drive for me from my home. Kyogle also features my favourite type of terrain; with plenty of grass, hardpack and rocky terrain. It will also be great to catch up with plenty of Kyogle Dirt Bike Club members, having raced against them in the past. I do know the layout of the property well from previous AORC and state events; hopefully that holds me in good stead.

“I’m very pleased that we’re going back to an Enduro format this weekend; it’s by far my favourite,” Stanford said. “Although they require a lot of effort in terms of setup, its all worth it when the bikes take to the track. In terms of preparation, it’s not too much different in terms of training, however you’re certainly on the bike for much longer and it requires maintained concentration for an extended period.

“It’s been a great back and forth battle with Snodgrass all year,” according to Stanford, “He’s typically stronger in the sand, while I’m more suited to the grass track terrain. Luckily the remaining rounds should have plenty of grass track and hard packed terrain. The championship is real tight at the moment, and we’re both on 141 points each.

“The highlight of my career so far has to be the International Six Days Enduro (ISDE) at Slovakia in 2015, when the Aussie senior team won. Wearing the green and gold and winning for the first time with Australia would have to be the greatest achievement yet,” Stanford stated.

Stanford gets along well with his teammates Broc Grabham and Fraser Higlett; “It’s an individual sport for sure, we work as a team when we can but we’re still racing on track together. We mostly help each other out in terms of bike setup, and I enjoy a great working relationship with them both.

“We’ve got to just keep tinkering away at the championship. The objective is to collect as many wins as possible. The new 2017 Husky is great. They’ve changed the shape of the frame and the bike is incredibly light. I’ve also been working with the team constantly with my manager Christian Horwood and the rest of the mechanics,” Stanford concluded. 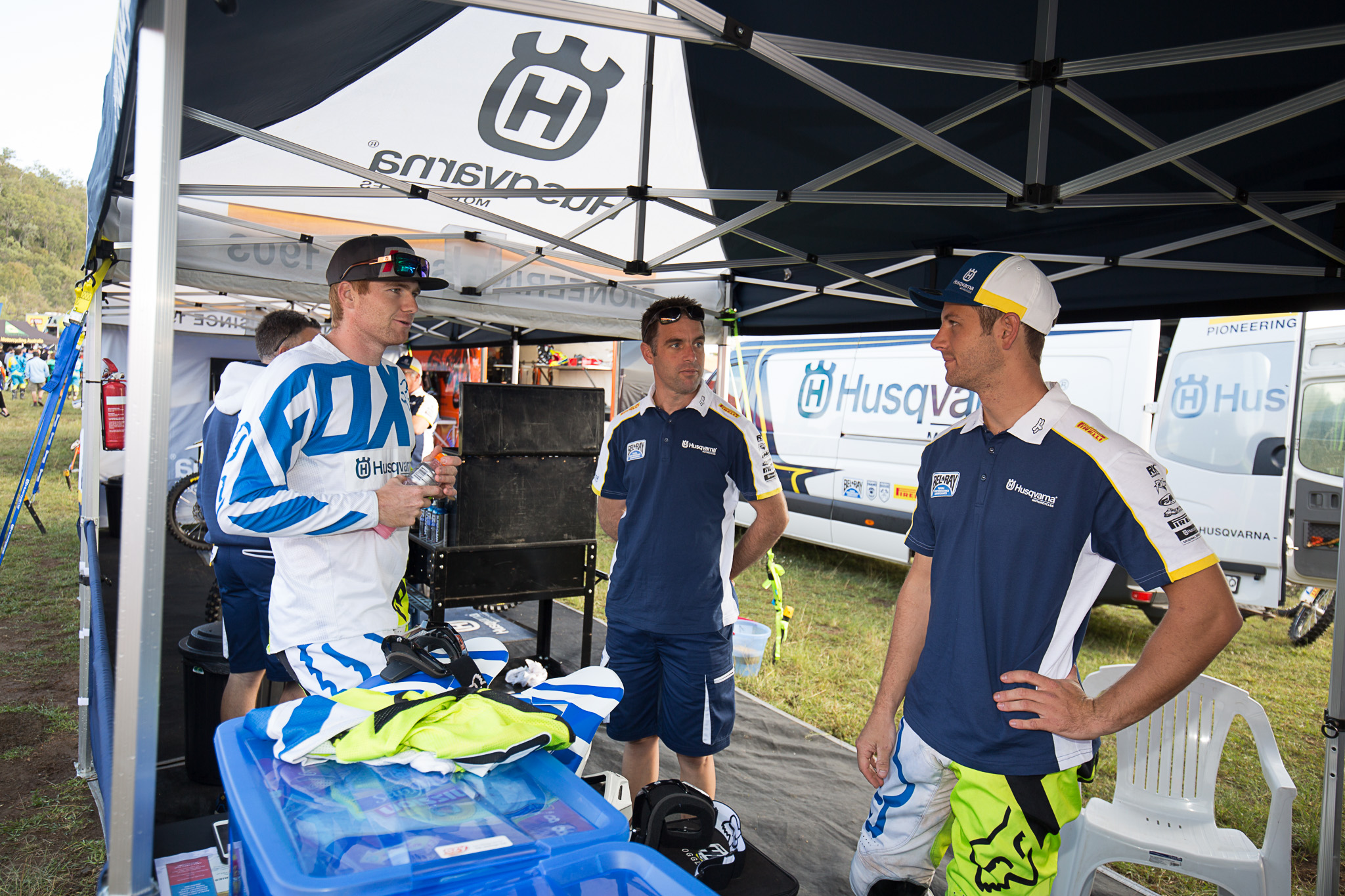 Photo One: Stanford at Renmark
Photo Two: Stanford, Grabham and Horwood at Miva