It feels like an eternity since rounds 1 and 2 at Gympie but the wait is over, the Yamaha Australian Off-Road Championship (AORC) is back this weekend at Hedley, Victoria where the riders will face their first Cross Country of the season.

An enthralling opening weekend at Gympie has set the scene for many battles throughout the classes, in the E3 class the question is can anyone catch Daniel Milner, or will he make it back to back perfect seasons? Daniel ‘Chucky’ Sanders hasn’t missed a beat in the E2 class since returning from Europe and in E1 the battle is looming between Luke Styke, Fraser Higlett and Jack Simpson.

AORC previews the battles that could decide the classes this weekend at Hedley.

E3
Milner looked to be in a class of his own at Gympie in his first outing in the E3 class aboard his new KTM 500EXC, but behind him there is a real battle looming between Lachlan Stanford, Broc Grabham, Thomas Mason and Andrew Wilksch. Stanford is the front runner of this pack and will be looking to battle with Milner at Hedley and claw back some points.

Both Grabham and Mason showed good speed at the Four-Day Enduro early this month and will be looking to continue their momentum at Hedley. Wilksch is a bit of a wildcard at this stage, since returning to AORC this season he has showed promising signs but has lacked consistency to stay with the front pack up to this point. 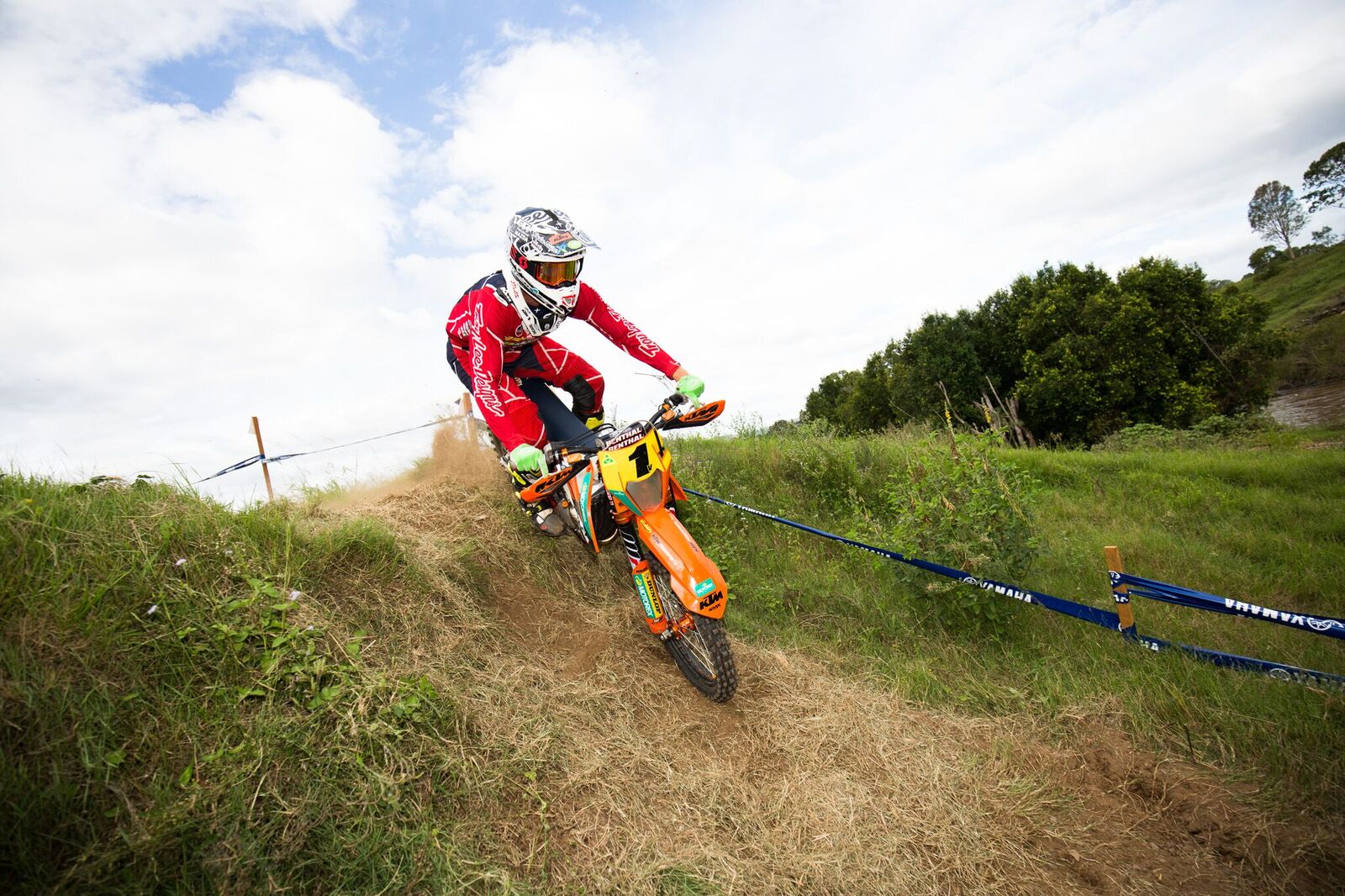 E2
Sanders has wasted no time in his return to AORC, putting his new Husqvarna on the top step of the E2 class, after claiming both round 1 and 2 at Gympie. He also added the Four-Day Enduro E2 win to his resume after a strong start to his season. Josh Green is only six points a drift of Sanders after finishing Gympie with two second place finishes, Green will take a lot of momentum out of the final moto at the Four-Day Enduro where he and Sanders battled it out for most of the race.

After two third place finishes at Gympie and a mechanical problem at the Four-Day Enduro, Lyndon Snodgrass will be as hungry as ever at Hedley. Look for the number 2 to put himself right in the mix up front with Sanders and Green. Stefan Granquist and Riley Graham will be pushing for each other in the race for an E2 podium, with the pair sitting in fourth and fifth respectively. 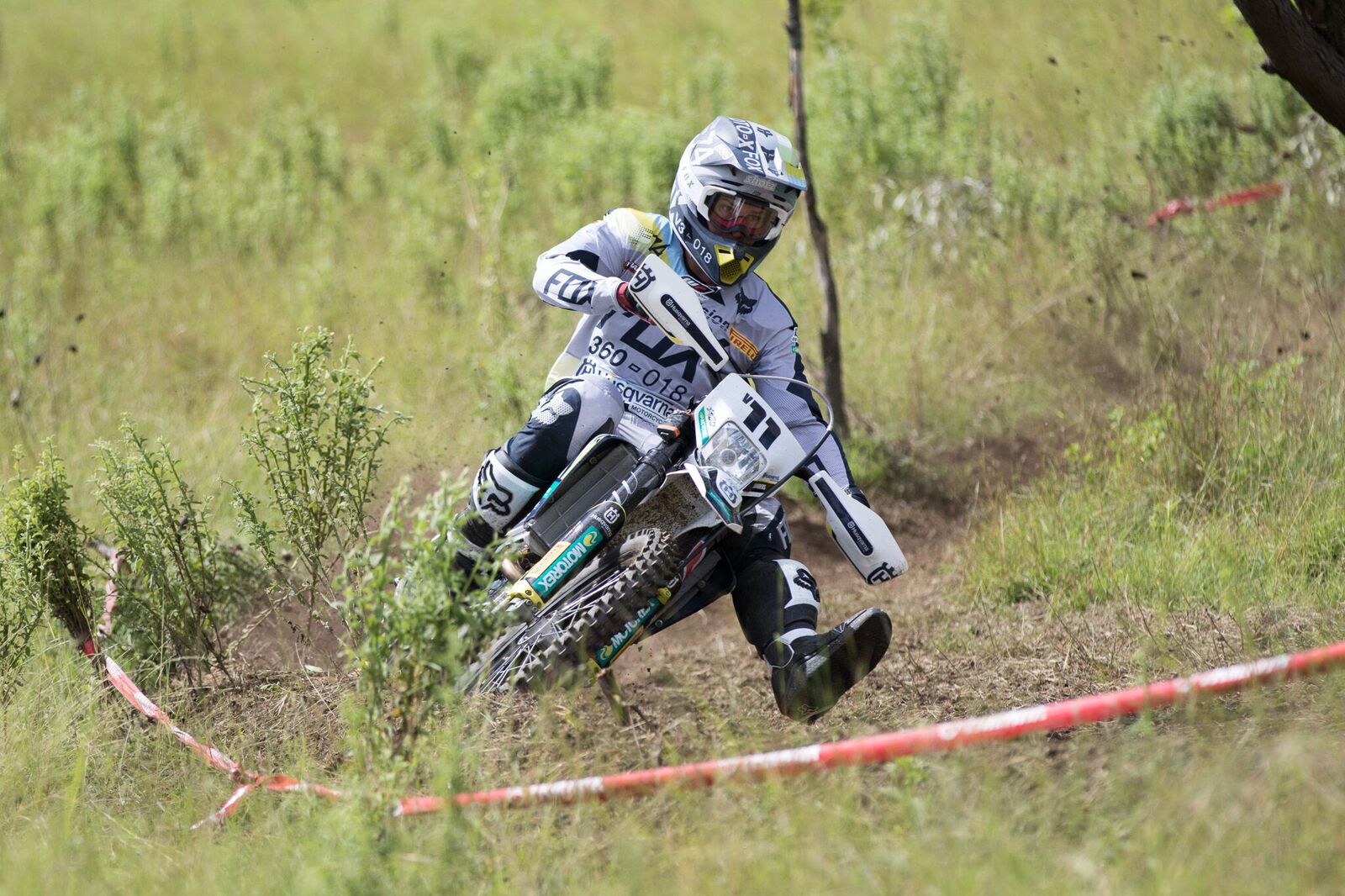 E1
The battle at the front of the E1 class had everyone guessing when motocross convert Luke Styke took out both rounds at Gympie and announced his arrival on the enduro scene. Styke backed that up with an impressive display at the Four-Day Enduro taking on the E1 class, which included a ripping final moto battle with Simpson. The pair battled out from start to finish before Styke got the better of Simpson, but Simpson will look to turn the tables on Styke at his home track Hedley this weekend. 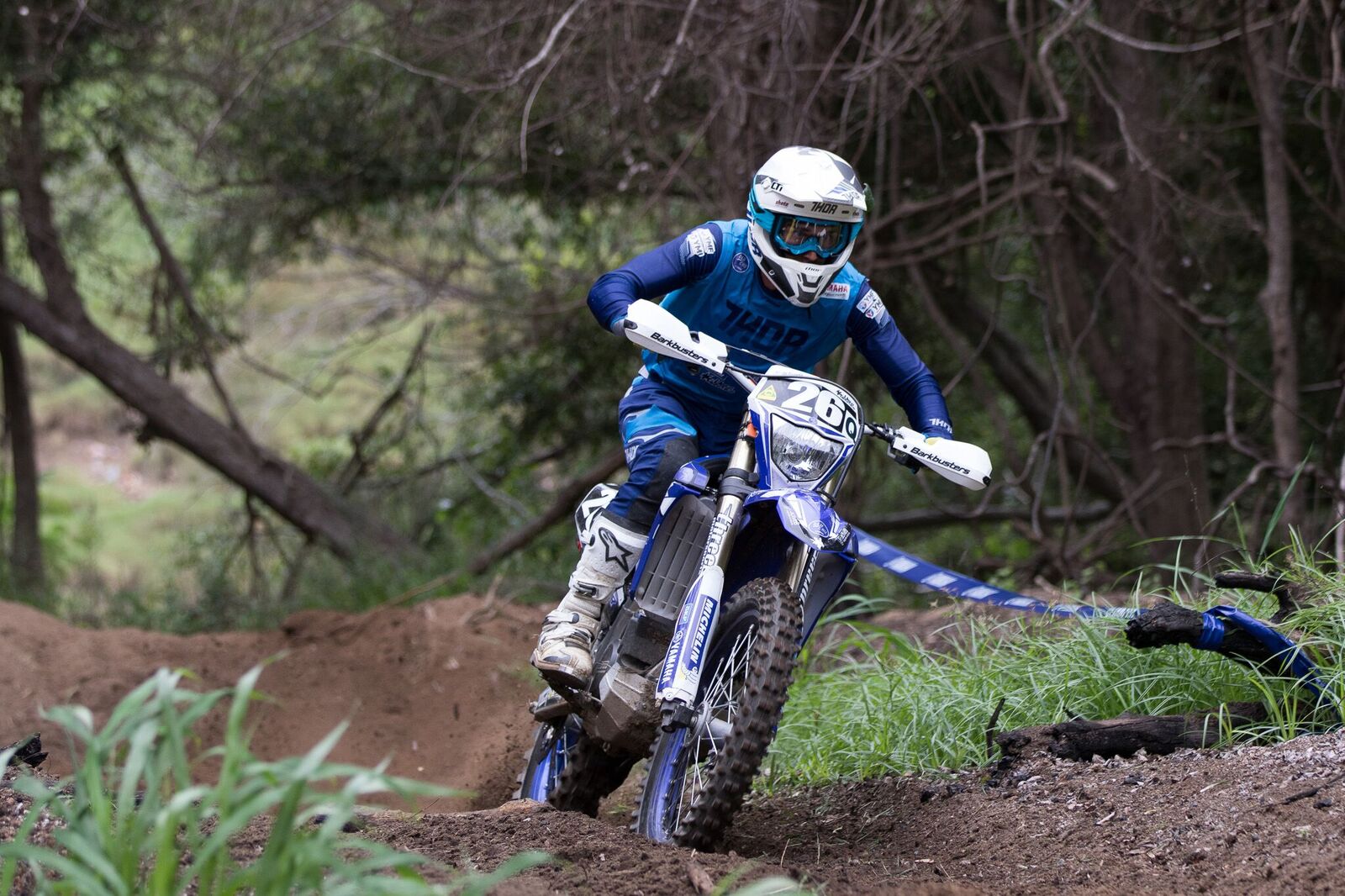 EJ
Reigning champion Michael Driscoll is the man to beat again this season after a dominant showing at the opening rounds at Gympie, taking out both days racing. After making the jump from J4 Joshua Brierley is the man closest to Driscoll and will look to reel him in at Hedley, it’s a tall order in his first year of senior competition. Corey Hammond had a solid showing at Gympie riding his way to two third place finishes and leaving the round in third position. 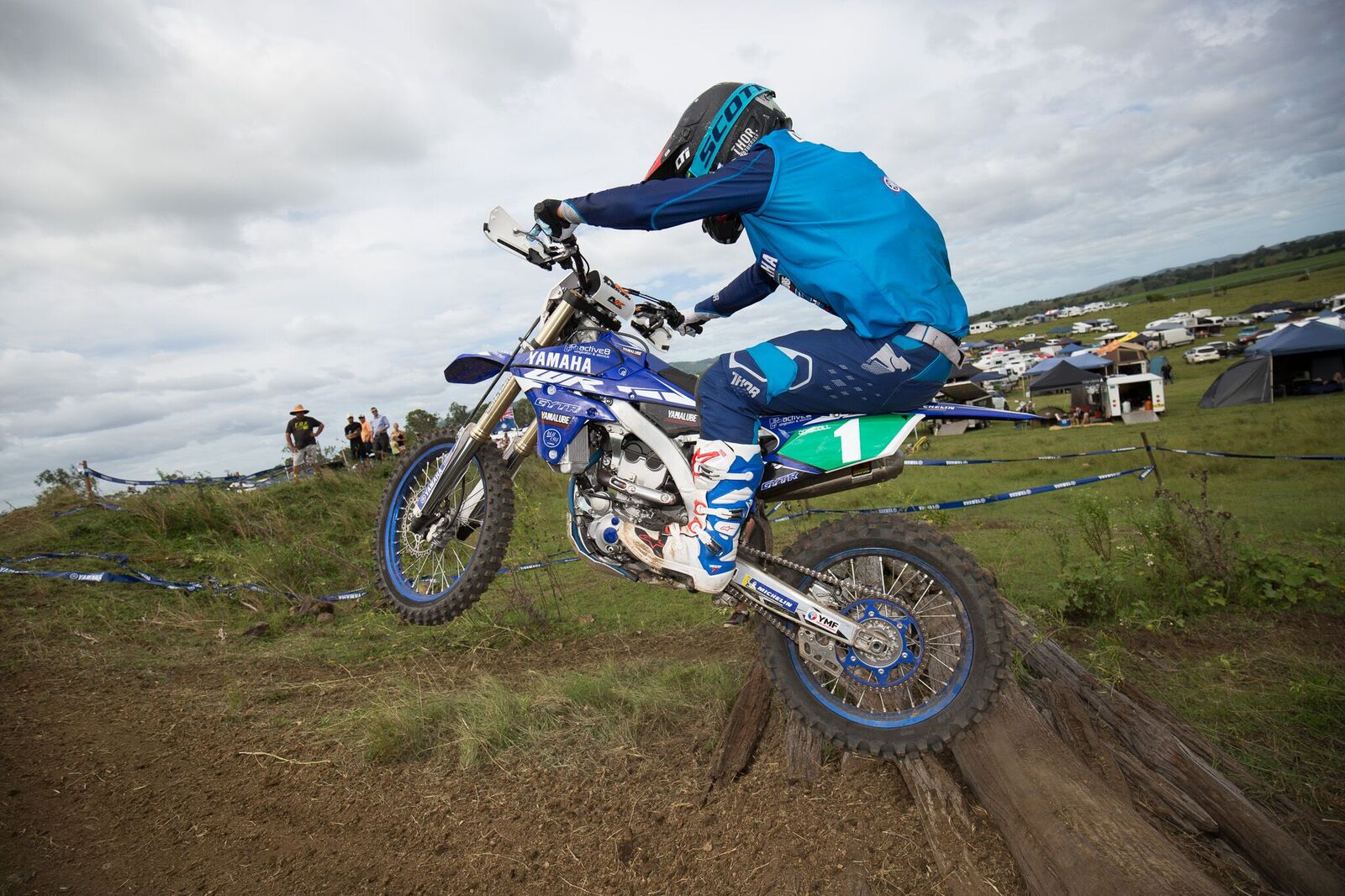 Women
Jemma Wilson started her campaign for title number five on the front foot, taking out both rounds at Gympie. Wilsons laid back approach to season 2018 has started well but she will have her hands full with Emilie Karlsson and Four-day Enduro winner Jessica Gardiner hot on her heels. These three have had the early season pace, but don’t count out Sophie Coldicutt on her new Sherco as she is more than capable of taking the win at Hedley this weekend. 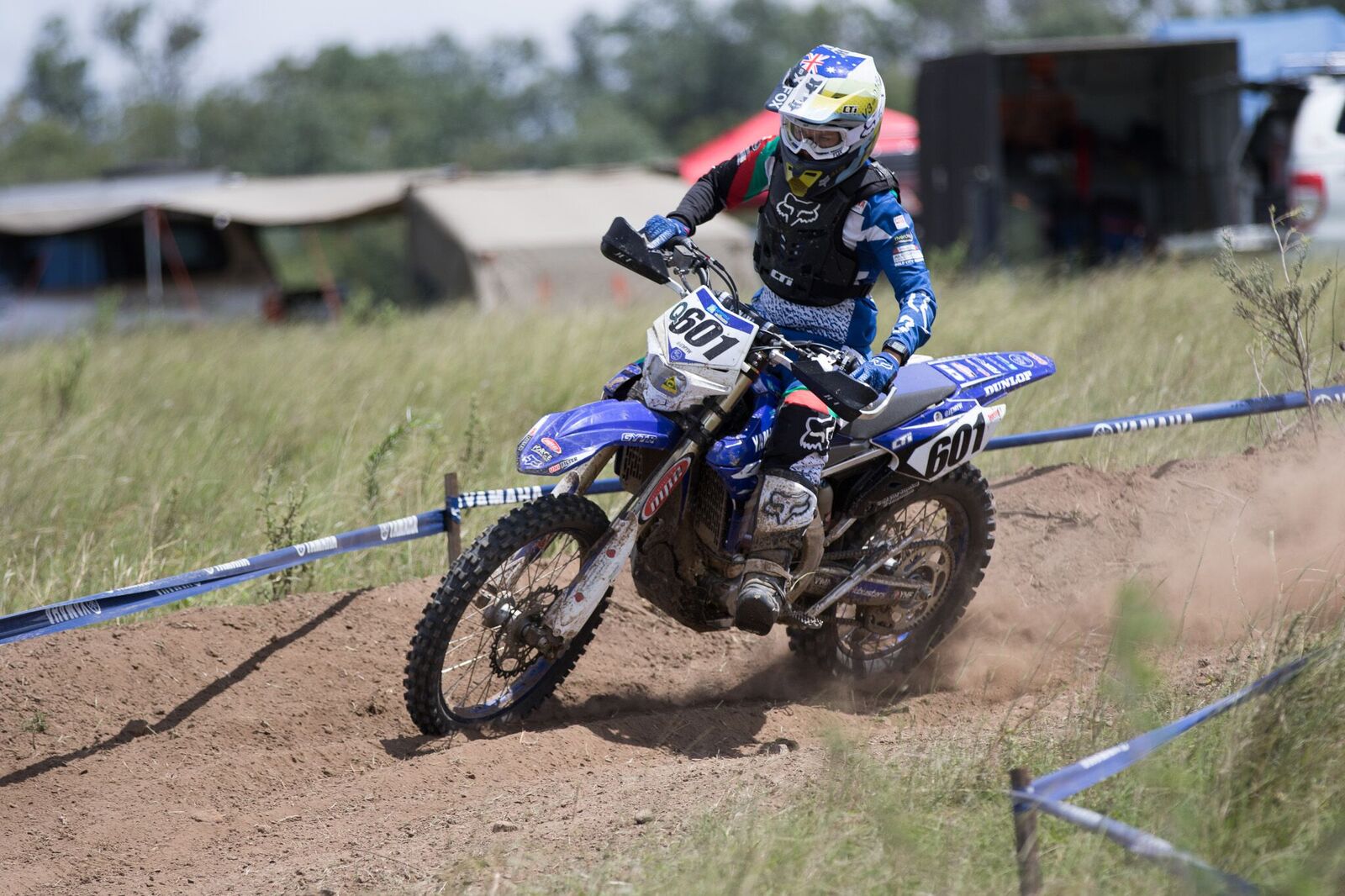 The return to Hedley for rounds 3 & 4 of AORC is only 3 days away, to stay up to date with all the happenings of the 2018 Yamaha Australian Off-Road Championship by visiting the brand new AORC website at www.aorc.org.au! or by following the AORC on Facebook as well as @aorc on Instagram.