The final rounds of the Yamaha Australian Off-Road Championship (AORC) take place this weekend (October 6-7) at Omeo, Victoria and the championship race is headed for a climactic season finale. Champions will be crowned and with that in mind AORC looks at each class and shows what is required to take the title at Omeo, Vic.

E3
The E3 class has really been all about Daniel Milner on his KTM, as he has taken out every race so far is season 2018. Milner has barely put a foot wrong and may have taken a few falls here and there, but he has showed his class in every format. Milner holds a 36-point lead heading into the final weekend and if he makes it win number ten on Saturday, he will take home the E3 title.

Still within striking distance despite Milner winning ever race to date, is Lachlan Stanford on his Husqvarna. Stanford hasn’t been able to take a win from Milner but has been second in eight of the nine rounds this season. There would be no better time than this weekend for Stanford to break Milner’s winning streak and you just never know what can happen on the final weekend of the season.

The battle for third place will be the talk of the weekend in the E3 class, as Andrew Wilksch sits in third with 149 points, but Thomas Mason is just three points behind in fourth. Broc Grabham sits in fifth but has the same points as Mason in fourth meaning the trio is split by just three points. 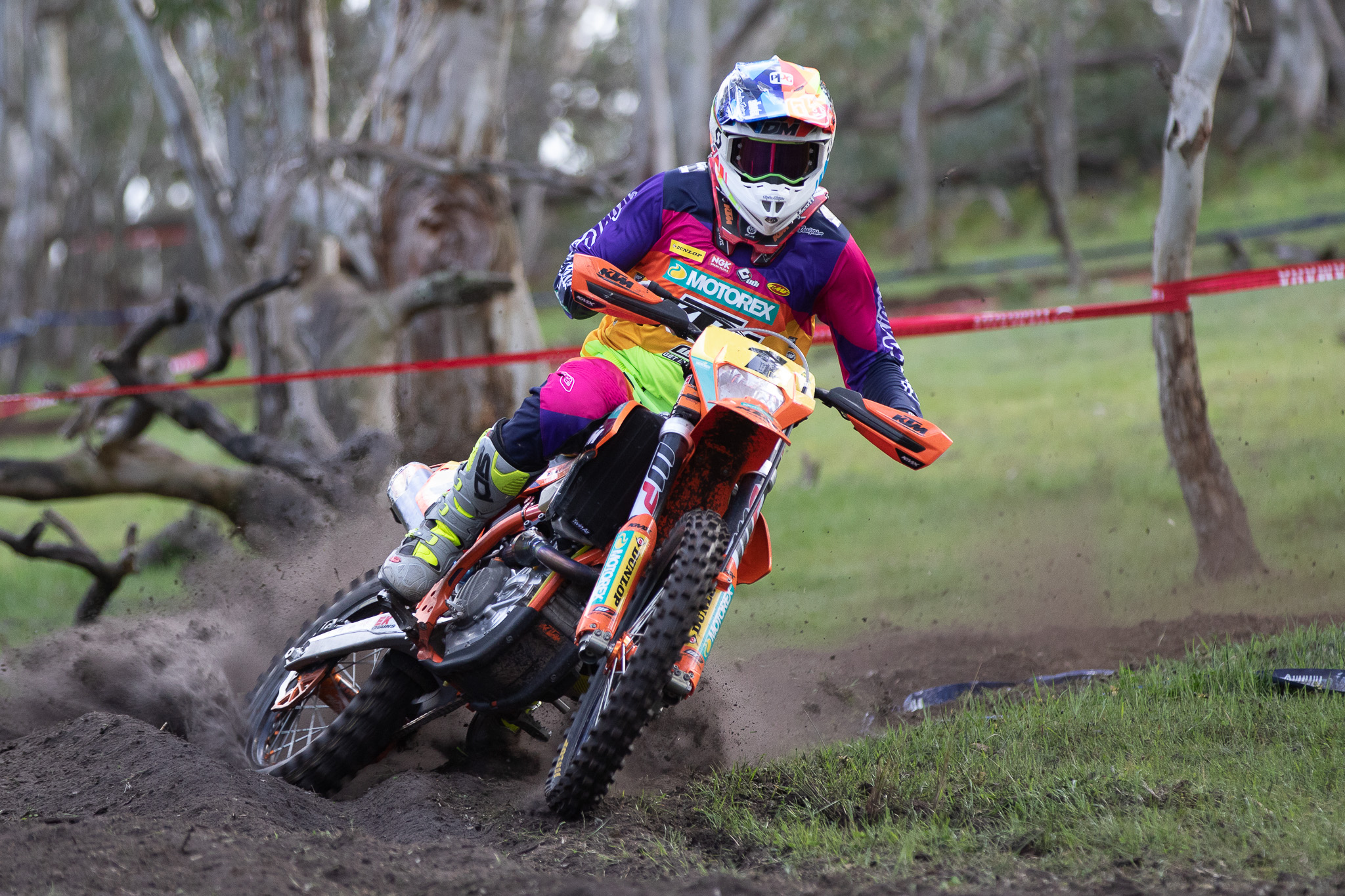 E2
What a season it has been for Daniel Sanders on his Husqvarna, after making his return from Europe this season and changing from KTM to Husqvarna, he has made the transition seem seamless. Sanders just like Milner has not dropped a single point in the E2 class to head into Omeo, Vic with a 39-point lead.

Sitting in second position coming into the weekend is Lyndon Snodgrass on his KTM, after taking out the E3 title in 2017, Snodgrass made the move to the E2 class for this season. It has been a year of consistency for Snodgrass, having not missed the podium at any round this year. He will be desperately trying to put a stop to Sanders perfect season, and heading to Omeo, Vic where he took out the E3 title, Snodgrass will come into the weekend with confidence.

In third position in the E2 class it’s Yamaha’s Joshua Green, he is just 18 points a drift of Snodgrass heading into this weekend’s racing. Green will rue a DNF at Broken Hill, NSW which has pushed him back to third. An up and down weekend at Kingston SE, SA will have Green keen to finish the season on a high and potentially grab that second position in the championship race. 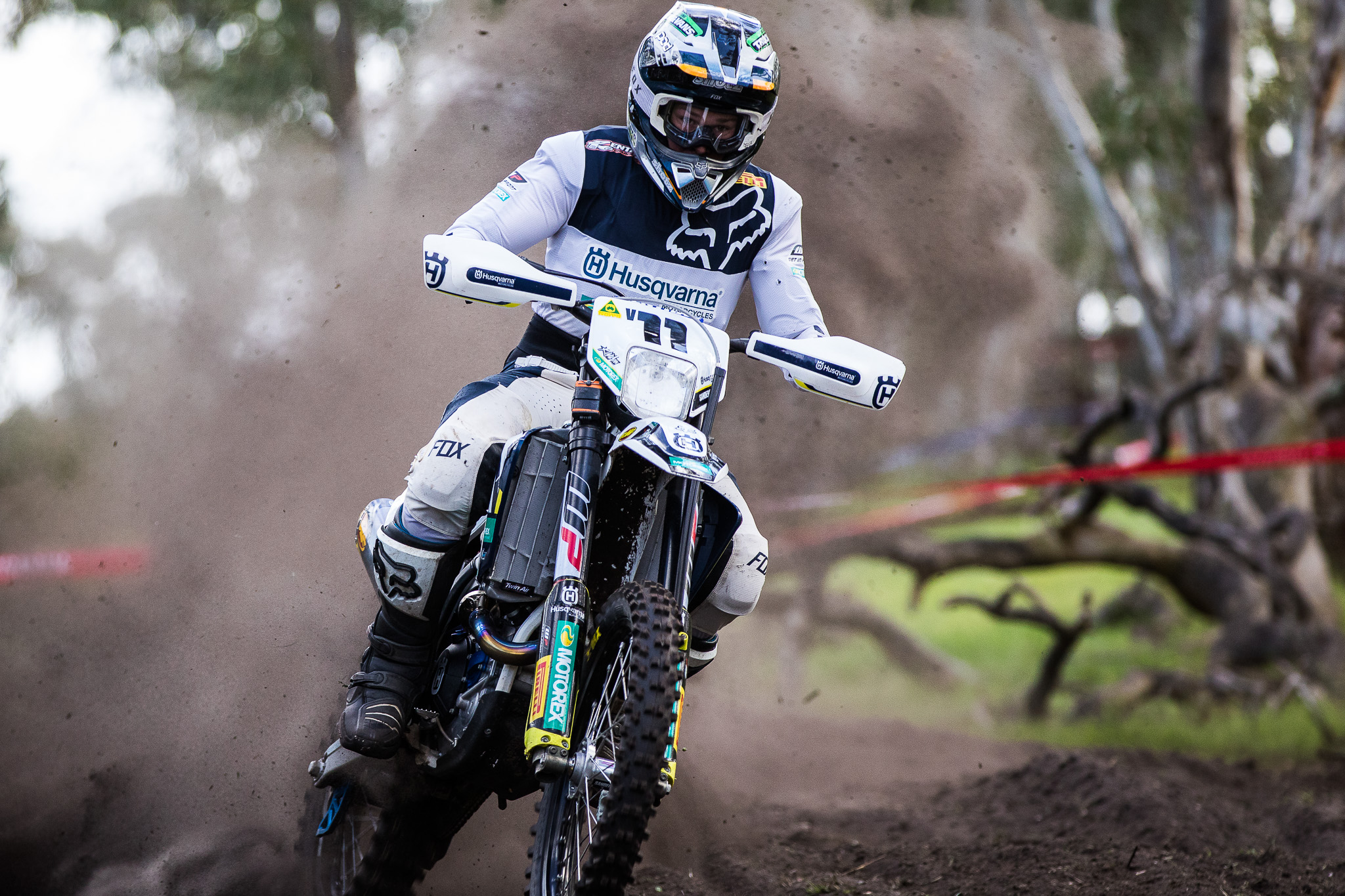 E1
After making the switch from Motocross to off-road racing, Yamaha’s Luke Styke has picked up the off-road format quickly. Styke heads into the final round with a 23-point lead, after picking up seven of the nine wins to this point.

In his first season in the E1 class after just narrowly missing out on the EJ title last season, Fraser Higlett has improved at every round this season to be a front runner in the class. Higlett has taken out two rounds so far this season and if he can add two more wins this weekend at Omeo, Vic, the 23-point deficit he faces could diminish quickly.

Sitting 34-points behind Higlett in third position is Jack Simpson but he doesn’t have much breathing space as Jeremy Carpentier sits just two points further back. The battle between those two will decide who claims the final spot on the podium for the E1 class and it’s sure to be a hotly contested battle. 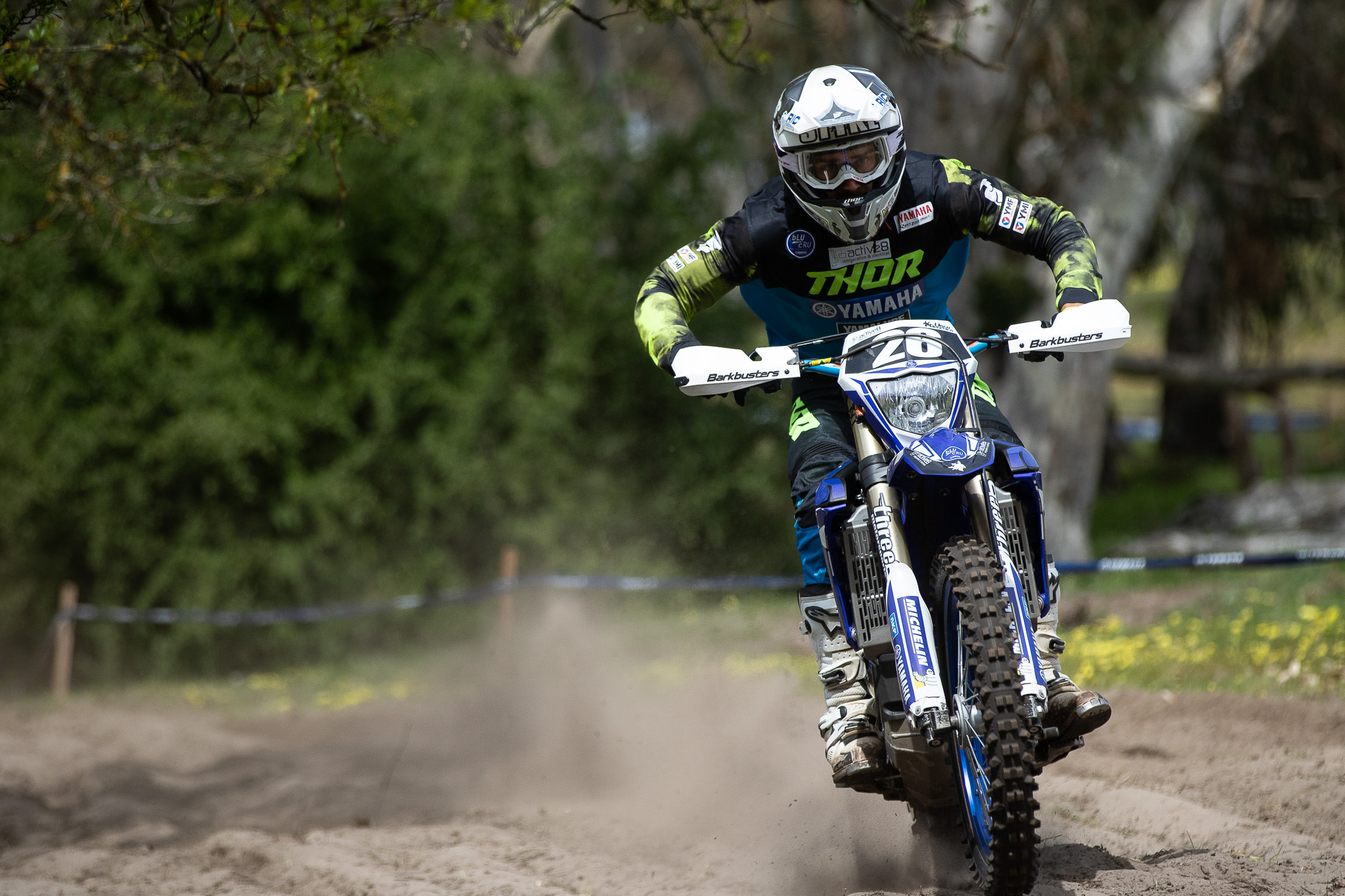 EJ
After taking out the 2017 EJ title, Yamaha’s Michael Driscoll has been keen to replicate that effort again here in 2018 and his current undefeated streak has him in good sted. Driscoll has been a class above throughout the season and has a deserving 35-point lead heading into Omeo, Vic this weekend.

A solid season to date for Joshua Brierley in his first year in the EJ class after taking out the J4 title last season. Brierley has adapted well to the senior ranks and will have his sights set on grabbing his first EJ win and the chance to stop Driscoll going undefeated.

Corey Hammond heads into the weekend in third position, trailing Brierley by 38 points. Hammond will be keeping a close eye on the other Brierley in the field, Mitchell Brierly who has moved into fourth position and just 13 points behind. 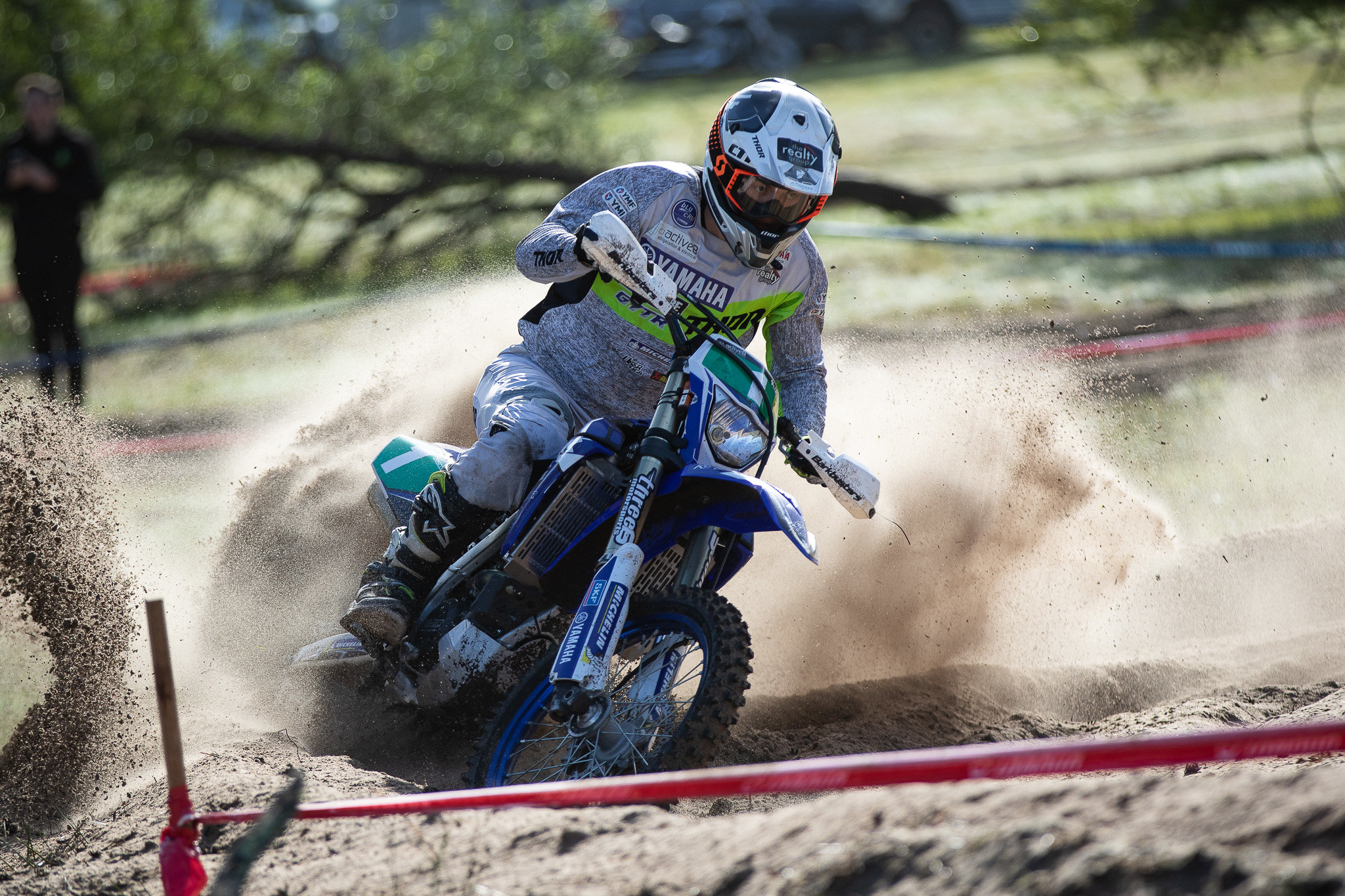 Women’s
The women’s class has been an enthralling battle all year between Jessica Gardiner and Emelie Karlsson. Gardiner has taken out five wins this year and will now head into Omeo, Vic with a 20-point lead over Karlsson. Karlsson will be looking to add to her two wins this season at Omeo, Vic and if she can pull off both wins, the championship race will go down to the wire.

In her first full time year in AORC after making the move from Motocross, Danielle Foot has showed immense improvement throughout the year and sits in third. Foot is 32 points behind Karlsson and will be hoping to grab her first AORC win on either Saturday or Sunday. 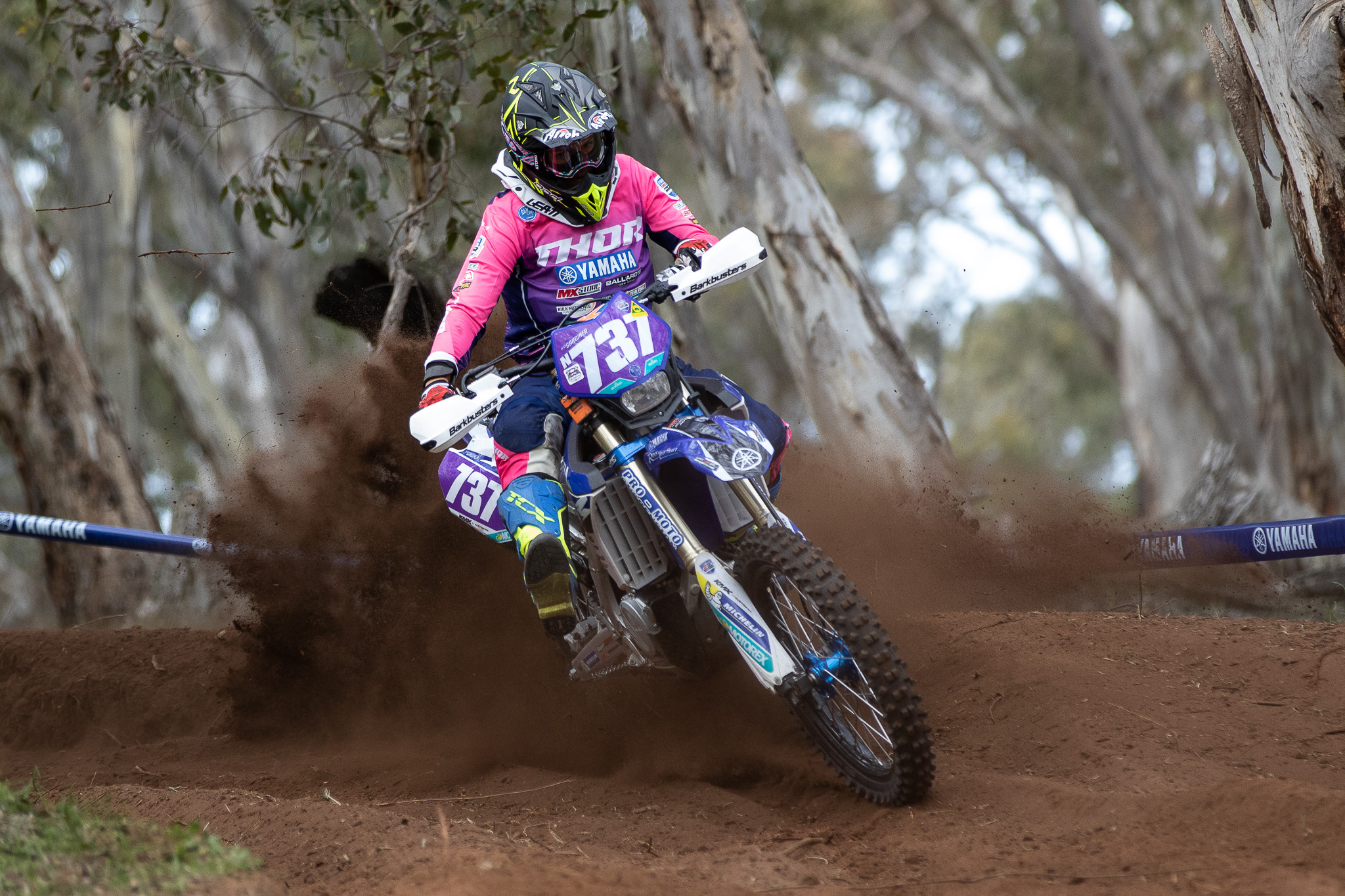 The scene is set at Omeo, Vic for the final weekend of AORC season 2018 and its set to be one to remember. Champions will be crowned and with so many close contests within each class, be sure to make your way to Omeo, Vic to witness it firsthand.