The 2018 Yamaha Australian Off-Road Championship (AORC) is fast approaching and Motorcycling Australia (MA) caught up with the 2017 E1 Champion, Wil Ruprecht to check in with how his off-season has progressed and what we can expect from him and the Active8 Yamaha Yamalube Off-Road Team this season.

Q. Wil obviously 2017 was a big year for you taking the E1 title, what do you attribute to your success?
Last year was my first year with the big team, so there was a lot of pressure on me but I went into the season with a great mindset and a fit body. I was expecting to win, I knew there would be days I wouldn’t win but I always believed even from the start of the season that I would come out with the title, I just had that mindset. I had quite a lot to prove to a lot of people that I could mix it with the big boys, and with the help from Active8 Yamaha Yamalube Off-Road Team that allowed me to do so and to put in the hard work to achieve my success. I also know with the Active8 Yamaha Yamalube Off-Road Team I have a great network of people around me, and I feel this was a major contributing factor to my championship-winning season in 2017.

Q. How was your first season with the Active8 Yamaha Yamalube Off-Road Team?
The equipment is bigger and better in the factory set-up and the access you get to the equipment is something else. I noticed more so the quality people around me, they opened my eyes to many things I never thought to much about before joining the team, the set-up of my bike being a major one. When I was on my own I would make a change and leave it, the adjustments I made in round one would still be the same at the end of the season. I now test the bike and the set-up at least once every couple of months with the team. The other major difference was with my training habits; the team really got behind me and opened my eyes to what training is required to be successful at this level. 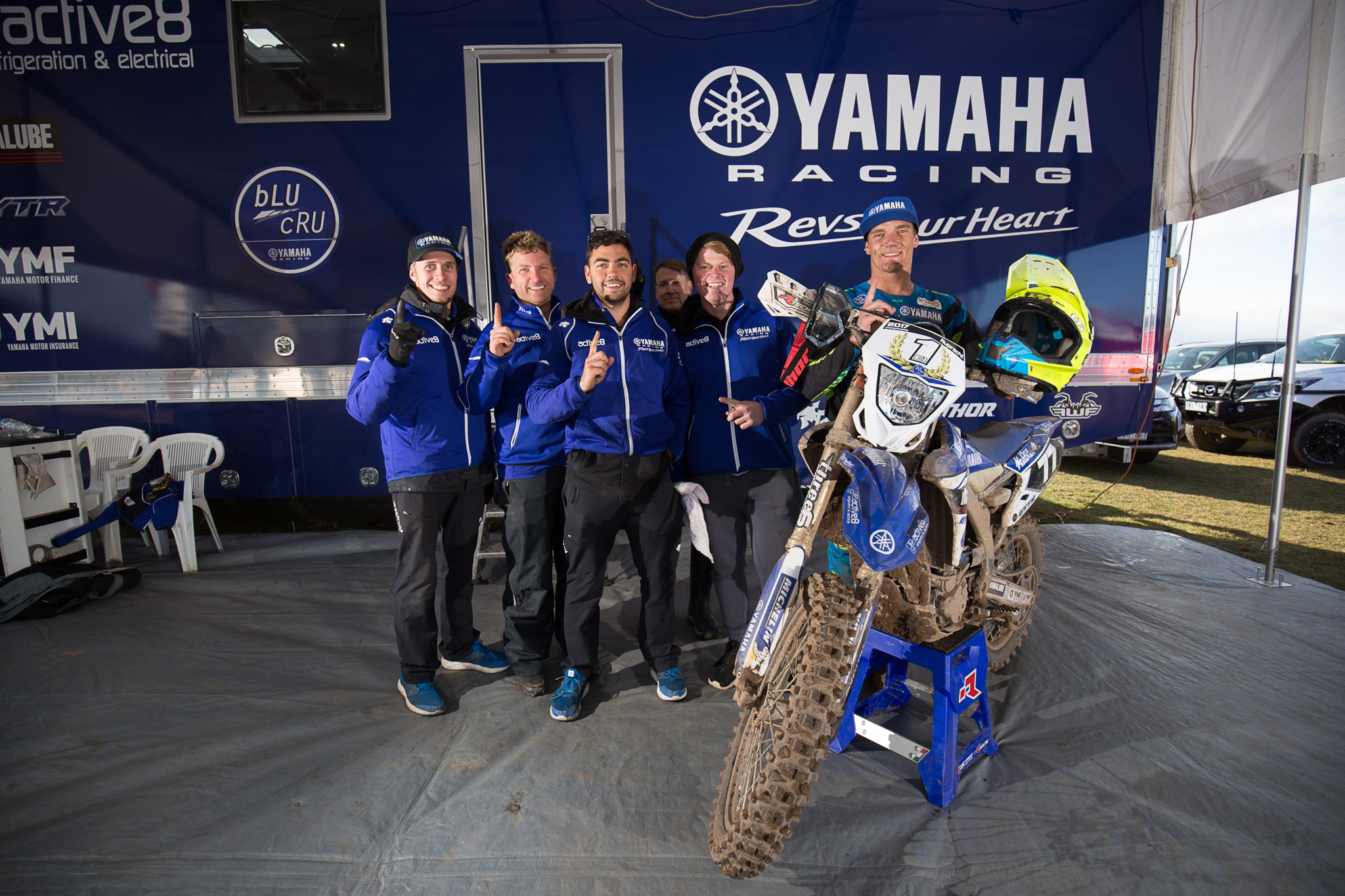 Q.  You will be going for a third title in three years, what makes you so consistent?
We all have our off days, we struggle with some tracks but I’ve been really lucky with injuries (touch wood) and staying fit has been a major factor in my consistency. Even when I’m not on the pace I’m always striving to get 100 percent out of myself, I’m always pushing to salvage as many points as I can as the difference between a fourth and a second always adds up at the end of the year. I have a never say die attitude and try and leave everything out on the track.

Q.  How has the off-season been for you? What have you been up too? What has the training workload been like?
Obviously I’m pretty young so as I get older I’m learning more and more, I have been trying to take in as much as I can and permitting no injury at this point, I’m getting stronger and stronger. I have just purchased a bicycle in the past few months and I been enjoying adding cycling to my off-season program, but my biggest change has been joining The Edge High Performance Centre, which has brought my body a long way, as this was a grey area in my training. I could go to the gym and do what my mates do, but that wasn’t helping me become a better versatile athlete and I feel with The Edge High Performance Centre, it has brought me a long way this off-season. This is my strongest pre-season to date and I have full confidence going into round one and hope to grab the number one position at Gympie but we will have to wait and see.

Q. A change of class in 2018, into the E2 Class what brought on this move?
There are a few different reasons for the change, it wasn’t a must, it was more of a give or take scenario and with a new rider joining the team it was the move to make. It would have been nice to go back to back on the 250, but it’s hard to say as I can’t read into the future but whether another year on the 250 may have held me back we will see. I’m enjoying my testing on the 450, and it’s showing that I have the pace to compete in the class. I think my style suits the 450 and once I’m big enough for the bike I can then muscle it around a little bit more, but at this stage I’m feeling quite comfortable and when I’m in my grove I’m feeling at one with the bike, and I feel there will be rounds we can take the win. The AORC has some seriously talented riders and we are all putting in serious effort to give Active8 Yamaha Yamalube Off-Road Team the best results.

Q.  Season 2018, what are your goals for the season ahead?
Realistically a podium in E2 and I’ll be striving for the win, whether I have the experience for an E2 title, who knows only time will tell. I will also be aspiring to get back over for International Six Day Enduro (ISDE) and to make amends for what happened last season, but we clearly had the pace when we were up and running, so I want to see where I sit in the world scene.