After the lively kick-off to the 2017 Yamaha Australian Off-Road Championship (AORC) at Rawson, Victoria, the paddock that boasts over 150 competitors is now gearing up for this weekend’s Round 5 & 6 at Miva, QLD 13-14 May.

A number of riders from multiple Off-Road classes stood out from the pack at Rawson, and put forward their case to challenge their respective titles. The Miva Rounds this coming weekend is one of the most anticipated races on the 2017 Yamaha AORC calendar. Saturday and Sunday will deliver two fast and furious sprint races, which will have the riders on full gas all weekend long.

Wil Ruprecht
Active8 Yamaha Yamalube Racing Team’s 19 year old Wil Ruprecht, was far and away the stand out rider for the E1 class at the last rounds. The jump to the E1 class after winning last year’s EJ (Enduro Junior) title is off to a phenomenal start. The talented youngster is set to be one of the stars of the future as he has come straight out of the blocks raring and firing. Yamaha will be thrilled with Ruprecht’s sensational development and determination.

“I’m stoked with my results over the weekend and really happy with how things went working with the team. No one never really knows how the start of a championship goes but to be top five both days and leading the E1 class is above the goal I had set so I’m pumped.

“Working with the Active8 Yamaha team has been great so far and its awesome to have so much knowledge around me at events like these,” Wil said.

Daniel Milner
World class rider, Daniel Milner of the KTM Enduro Team not only dominated his respective E2 class but also crossed the line in first overall for both the sprints and cross-country races. Milner’s master class made the paddock realise just what they’ve missed out on during his time away in the United States, a fierce competitor not to be taken lightly. The KTM rider has set himself up nicely with a six-point lead over Active8 Yamaha Yamalube Racing Team’s Joshua Green. All eyes will be on Milner at Miva, to see if he can maintain his brutal pace.

“I couldn’t be any happier. The first day I got a good start and got to the front, and started checking out, but drifted wide in a corner and got bunting in the back brake and ended up boiling it. I came in and the boys changed me over in super quick time and I ended up getting a win.

There’s no way I thought that Harry and Mick would get it done as quick as they did, but they were unreal. Today was hard going, and we did what we needed to do, so I was definitely happy with my performance and the team’s over the whole weekend. The KTM 450 EXC-F was unreal.” According to Milner.

Lyndon Snodgrass
Snodgrass put in a fine performance for the KTM Enduro Team by winning the Sprint race for the E3 class on Saturday and just missed out on another win on Sunday to Husqvarna Enduro Team’s Lachy Stanford. The 18 year old exceeded expectations and turned heads on Saturday in particular by coming second outright to his teammate Daniel Milner. Snodgrass won the E3 class overall but is tied on points with Stanford, its likely to be another close tussle between the two riders at Miva.

“A pretty good way to kick off the year; it was a pretty awesome track, conditions were good and it got really rough. Coming into the cross-country I knew I could be right up there and I was happy with how we took off. I charged into second and had the lead for a couple of laps there while Milner had some problems, and then hovered in second for the rest of the race. I’m stoked with that.

“Today the KTM 300 EXC was really good in the tight stuff – I just made a few too many mistakes for the day and they ended up costing me, but all in all – really happy with the start to the season. It was pretty awesome working with the team and a fun way to start the year.” Snodgrass said.

Jemma Wilson
Jemma Wilson’s Off-Road resume reads like a novel as she is currently ranked second in the world after previous International Six Day Enduro’s (ISDE) at the same time being one of three woman to be selected to compete in the prestigious event. She continues to show all the signs to retain her Women’s title in 2017 after a dominant display back at Rawson. The Yamaha mounted rider who boasts six Queensland State titles and over 15 Australian Championship podiums, was the pacesetter to win both of her class races on her YZ250FX. Rounds 5 & 6 will be Wilson’s home race in the Yamaha AORC championship, so she will be eager to carry her momentum to put on a show for the spectators.

Joshua Brierley
The standout rider from the Junior classes at Rawson was Joshua Brierley on his Husqvarna machine. The very young J4 class rider came out on top for both the cross-country and sprint race formats. Brierley has put in a lot of work over to off-season and the results have shown that so far.

“I felt really good about the race, we put in a lot of work over the off season. I’m very happy with the performance and how smoothly the race went. We managed to get out front early and that was key to a successful race.” Brierley stated. 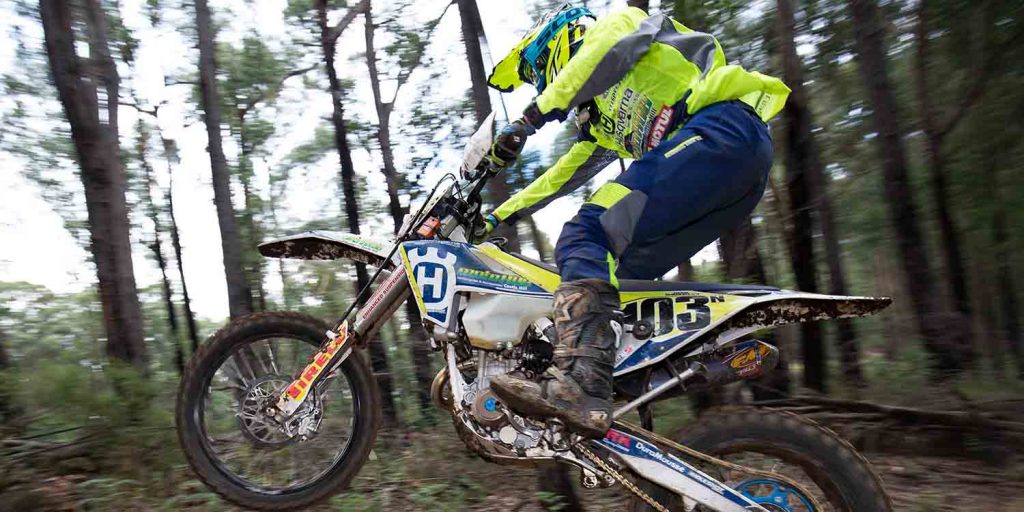 Don’t forget to check out the AORC’s new website at aorc.org.au.

Stay up to date with all the happenings of the 2017 Yamaha Australian Off-Road Championship by visiting the brand new AORC website at www.aorc.org.au! or by following the AORC on Twitter and Facebook as well as @aorc on Instagram.