The Yamaha Australian Off-Road Championship (AORC) is set for a return to the Enduro format for the first time in two years for Rounds 9 & 10 at Kyogle, New South Wales. The weekend will also set the scene for an epic encounter between the highly skilled riders of the AORC championship. Here is everything you need to know!

This weekend will include two Enduros over both days with all classes. (For more information on these formats, visit the AORC website for a full breakdown). The Kyogle tracks themselves feature plenty of grass, hills, hard packed terrain and rocks to look out for. The Senior riders will complete three loops of the track and will tally up approximately 200 km’s on each day.

Kyogle is a rural town located in the Northern Rivers region of northern New South Wales, close to the Queensland border. Kyogle is known as a ‘gateway’ to several national parks including Border Ranges National Park and Toonumbar National Park. These parkland territories make for phenomenal Enduro tracks that the competitors will seek to overcome over the next couple of days.

Over 200 AORC competitors will take to the track over the weekend. Seniors will ride for approximately seven hours and Saturday and six hours on Sunday, which will test their concentration over extended periods.

The AORC is set for a decisive weekend for the numerous classes as title battles heat up, and there are plenty of interesting and important stories to look out for.

Once again the Yamaha AORC and riders; Wil Ruprecht (Active8 Yamaha Yamalube Racing Team) Husqvarna Enduro Team riders Lachy Stanford, Broc Grabham and Husqvarna riders Joshua Brierley, Mitchell Brierley and KTM rider Corey Hammond, visited the local Casino High School to provide students an up close look at several bikes. One of the highlights of the visit was showing exciting videos of the AORC. The students were inspired by the visit and got along with the AORC riders tremendously well. 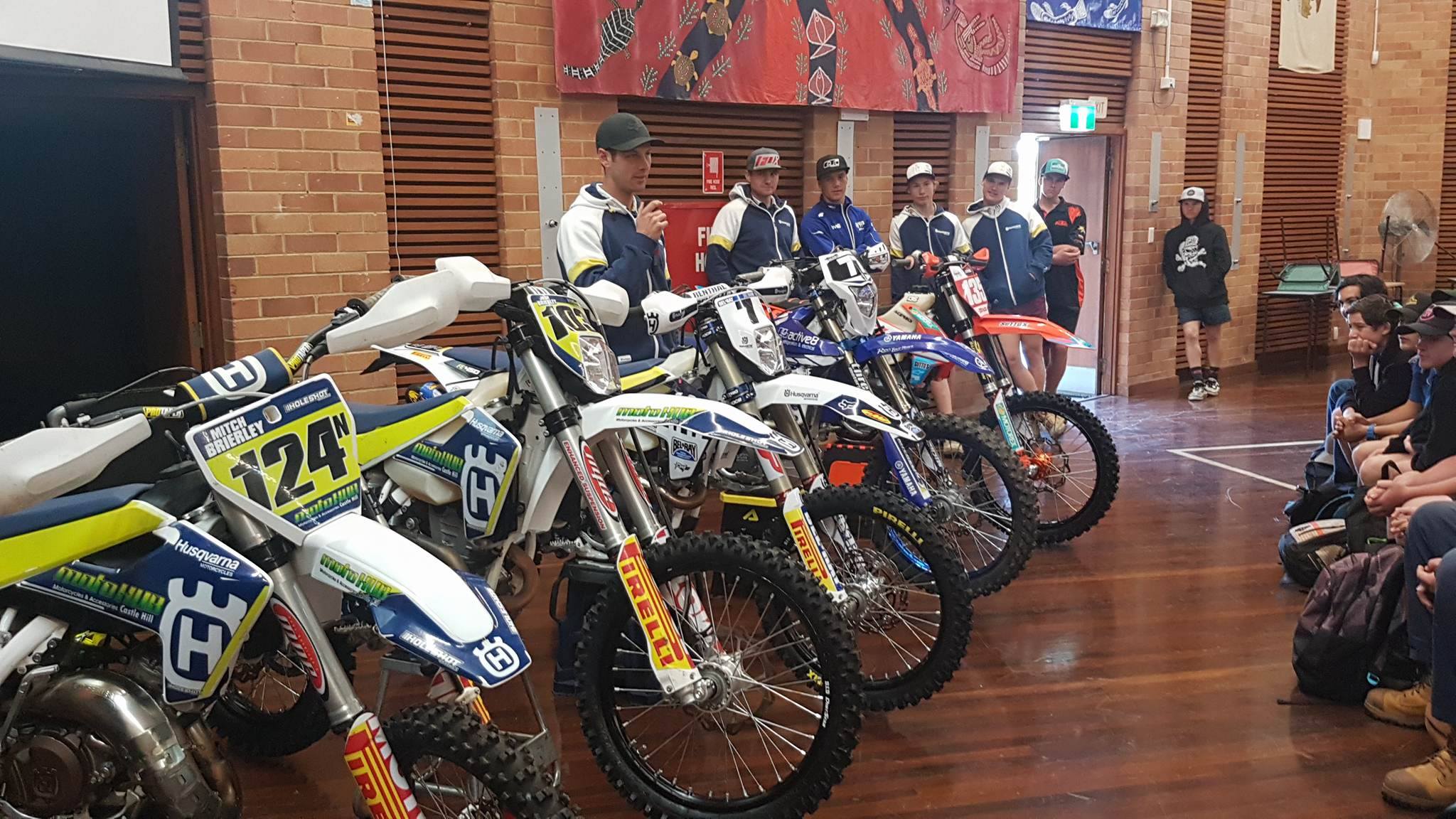 With only four rounds and two racing weekends remaining in the championship, it will be vital for certain riders to get points on the board to turn the tables on the class leaders.

In E1 class, a battle for the championship lead is likely between Active8 Yamaha Yamalube Racing Team’s Wil Ruprecht and Scott Keegan of the Snap Fitness Yamaha Team. Ruprecht is still the leader for his respective championship with a five-point buffer.

Over in E2, recent Hattah winner and KTM Enduro Team rider Daniel Milner will be looking to once again notch up several victories. Milner’s year could just about be summarised as ‘perfect’ as he has not lost a race so far and enjoys a comfortable 22-point gap to his nearest rival in Active8 Yamaha Yamalube Racing Team’s Josh Green. Green has finished second to Milner is just about every race so far, in a very consistent season. The Yamaha rider will be looking to get on the winners board at Kyogle.

The E3 class has been a KTM Endruo Team’s Lyndon Snodgrass and Husqvarna Enduro Team’s Lachlan Stanford dominated affair, with the two trading blows at every round. Quite incredibly, E3 class is tied up for points between the two, both on 141 points each. Stanford will be racing in his home backyard this weekend.

Husqvarna’s young-gun, Fraser Higlett has dominated all the rounds except for Rounds 3 & 4 at Rawson (VIC), for Transmoto EJ. The young rider has certainly turned heads this year with his second year in the class. Higlett’s greatest challenger is Yamaha mounted Michael Driscoll, who is competing in his first Enduro this weekend. 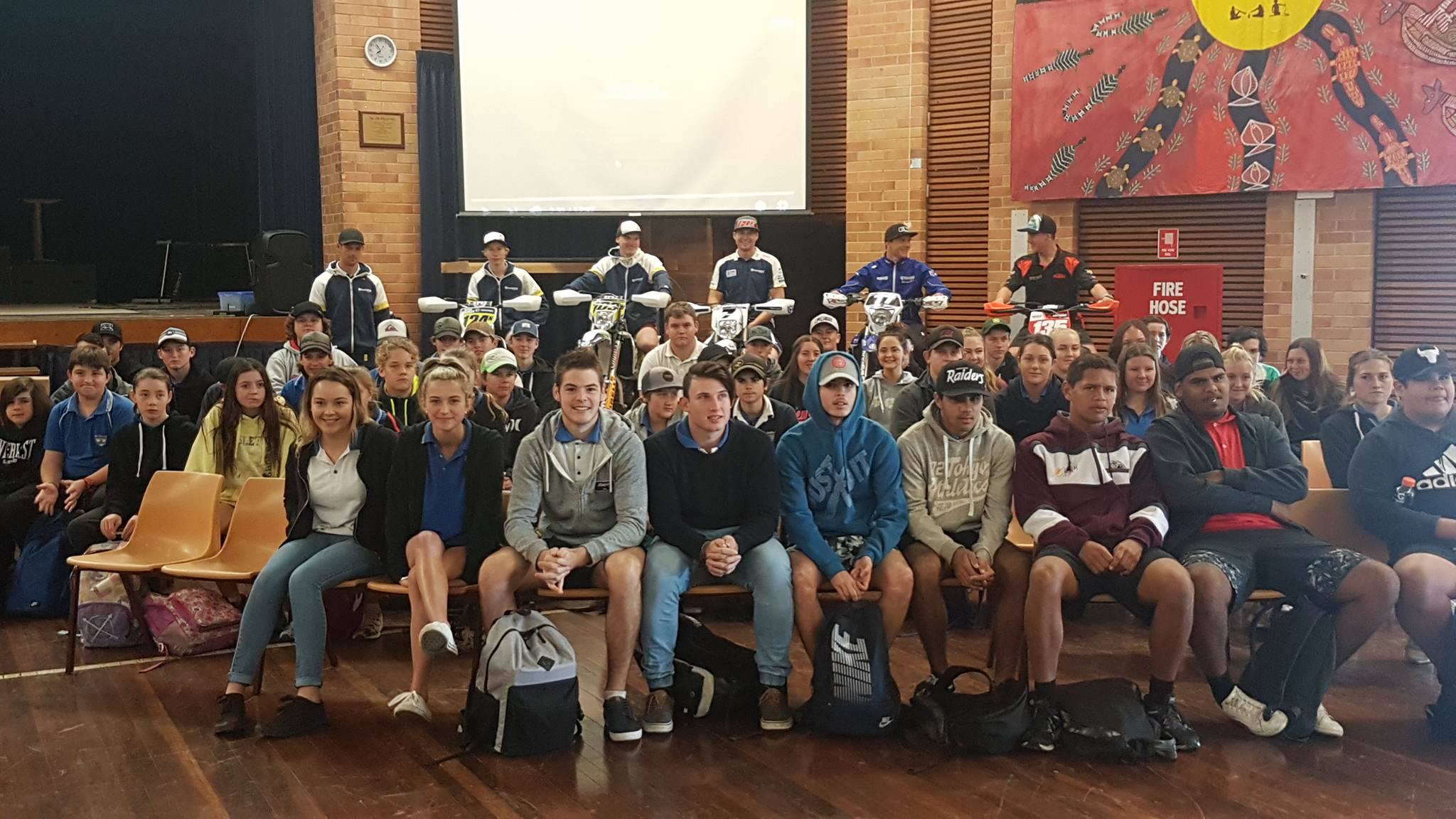 Keep up with the Yamaha AORC action by visiting aorc.org.au including news and reports on the AORC website at www.aorc.org.au, following the Facebook, @aorc on Instagram and don’t forget to add ‘motorcyclingaus’ on Snapchat. Stay tuned to see which riders come out on top.

This is the link for the Entry List for Rounds 9 & 10
Don’t forget to check out the AORC’s website at aorc.org.au