Motorcycling Australia (MA) is thrilled to announce Yamaha Motor Australia will continue as the naming rights sponsor for the 2018 Australian Off Road Championship (AORC), making this the 13th consecutive year Yamaha has thrown its support behind the prestigious championship.

2018 will see the professional partnership develop as the dedicated team at Motorcycling Australia, the promoting clubs and Yamaha all strive to build on a successful 2017 AORC.

This partnership shows how committed Yamaha are in their continuous support of off-road racing in Australia with new venues, returning champions and new talent making the switch to AORC, all this points to an even better 2018 championship.

“We were pleased with the progress and improvement of the 2017 championship and see more initiatives in place for the 2018 season that will again see further gains and a greater impact for teams and competitors.

“We look forward to working closely with MA and the promoting clubs to further develop an already prestigious championship that has proven to be a fertile ground for producing international standard riders that have had success on the world stage.

“The 2018 Yamaha Australian Off-Road Championship will be an event that competitors will enjoy and we look forward to getting the championship underway with the opening round at Gympie, Queensland, on March 10 and 11,” Howard ends.

“AORC has continued to grow from strength to strength, and make a real name for the championship which wouldn’t be possible with out Yamaha’s support,” finished Falvo.

The first round of the Yamaha Australian Off-Road Championship will begin on March 10-11, at Gympie, Queensland, with entries opening soon for the season opener. 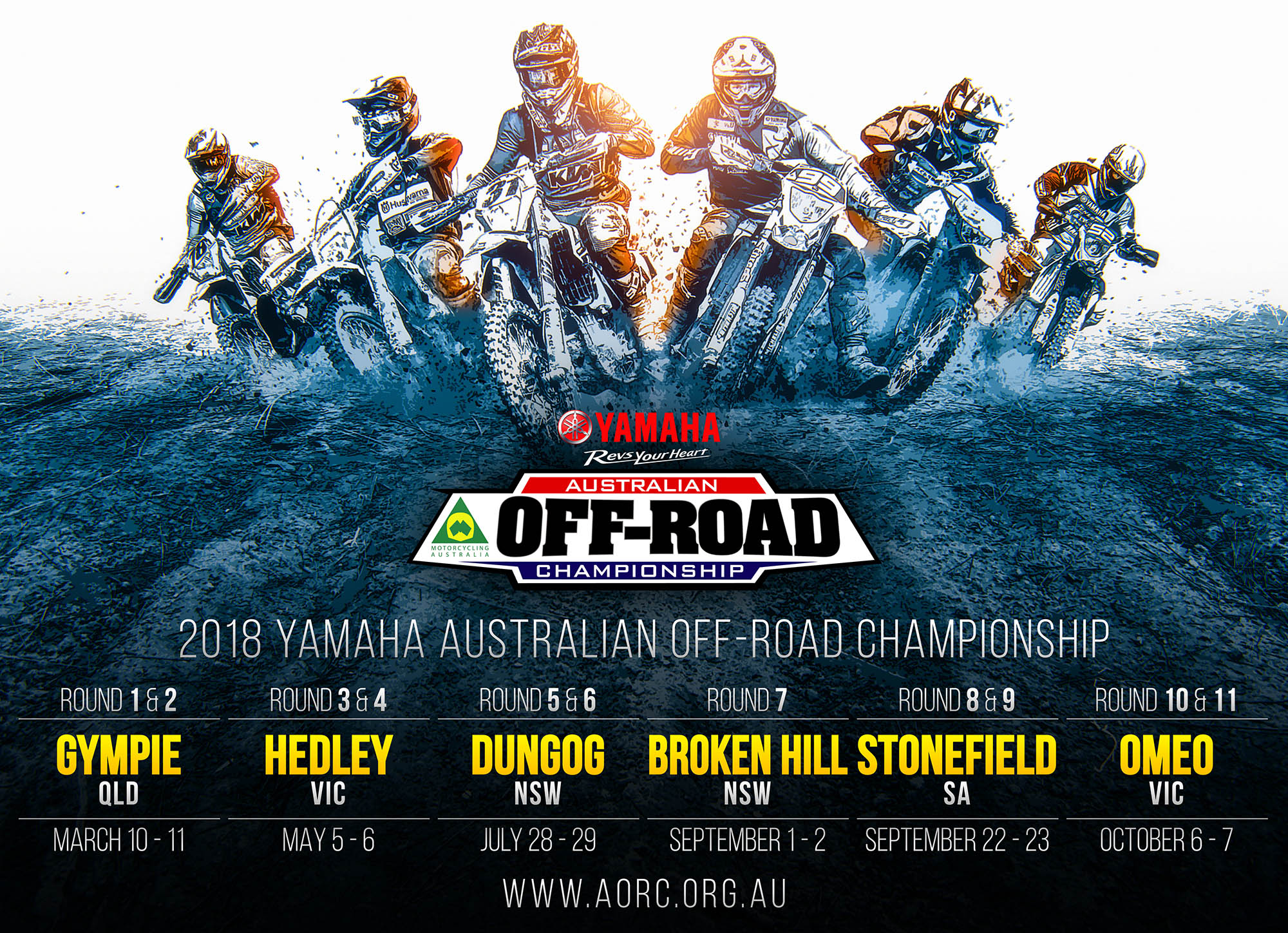 Stay up to date in the lead up to the 2018 Yamaha Australian Off-Road Championship by visiting the AORC website at www.aorc.org.au or by following the AORC on Twitter and Facebook as well as @aorc on Instagram.