There’s a rising sense of optimism among Tasmanian competitors in the 2017 Yamaha Australian Off-Road Championship (AORC), with up to 15 AORC riders calling Van Diemen’s Land home. Ahead of the final Rounds 11 & 12 this weekend (August 05-06) in Omeo, Victoria, we caught up with Taswegian AORC stars.

Grundy shared; “I live on the North West Coast, which is close to Davenport, near where the Spirit of Tasmania operates out of.

“I’ve always raced since I was a Junior competing in Motocross and Grass Track Racing,” according to Grundy. “Enduros are very popular in Tasmania, with such a strong local club. We have regular events, up to 14 in a year. Tasmania also has a really strong Junior program, the Tasmanian Endurance Riders Club have around 300 members at the moment, with approximately 150 Juniors. The growth is very strong and the future is looking bright.

“There is no doubt that a strong Junior program assists in fostering competitive future talent,” Grundy stated. “You only have to look at the likes of Jonte Reynders, Kyron Bacon, Dalton Johnson, Sophie Coldicutt, Seton Broomhall competing in the AORC, and it’s all down to Junior programs.

“Personally the travel to the mainland is easier, thanks to being part of a Team,” Grundy admitted. “I look at the likes of Baylee Davies; he pretty much does it off his own back, besides his personal sponsors. We do pull together, sometimes several bikes might go in one van to the rounds, and we can help each other out whenever we can. Being the eldest one, I do try to keep the Tasmanians together and help out where I can. More and more Tasmanian riders are earning the respect of the rest of the paddock.

“We still have a great amount of local Tasmanian talents that have yet to give the AORC a go,” according to Grundy. “I would highly encourage them to become involved. The travel can be difficult but if they give it a crack, I’m sure they will be hooked!

Although Grundy recently took out the Masters class championship, he is still hoping to collect more wins; “I will always push for the win,” Grundy said. “I’ve always tried to beat Jemma Wilson (Womens Class), as we often race on the same track. I want to represent the team as best as possible so we can attract big name riders and extra funding where possible.

“This will likely be my last full year in the AORC, but if there is an opportunity to race here and there, or in the local Tasmanian championships, I’m happy to compete!” Grundy concluded. 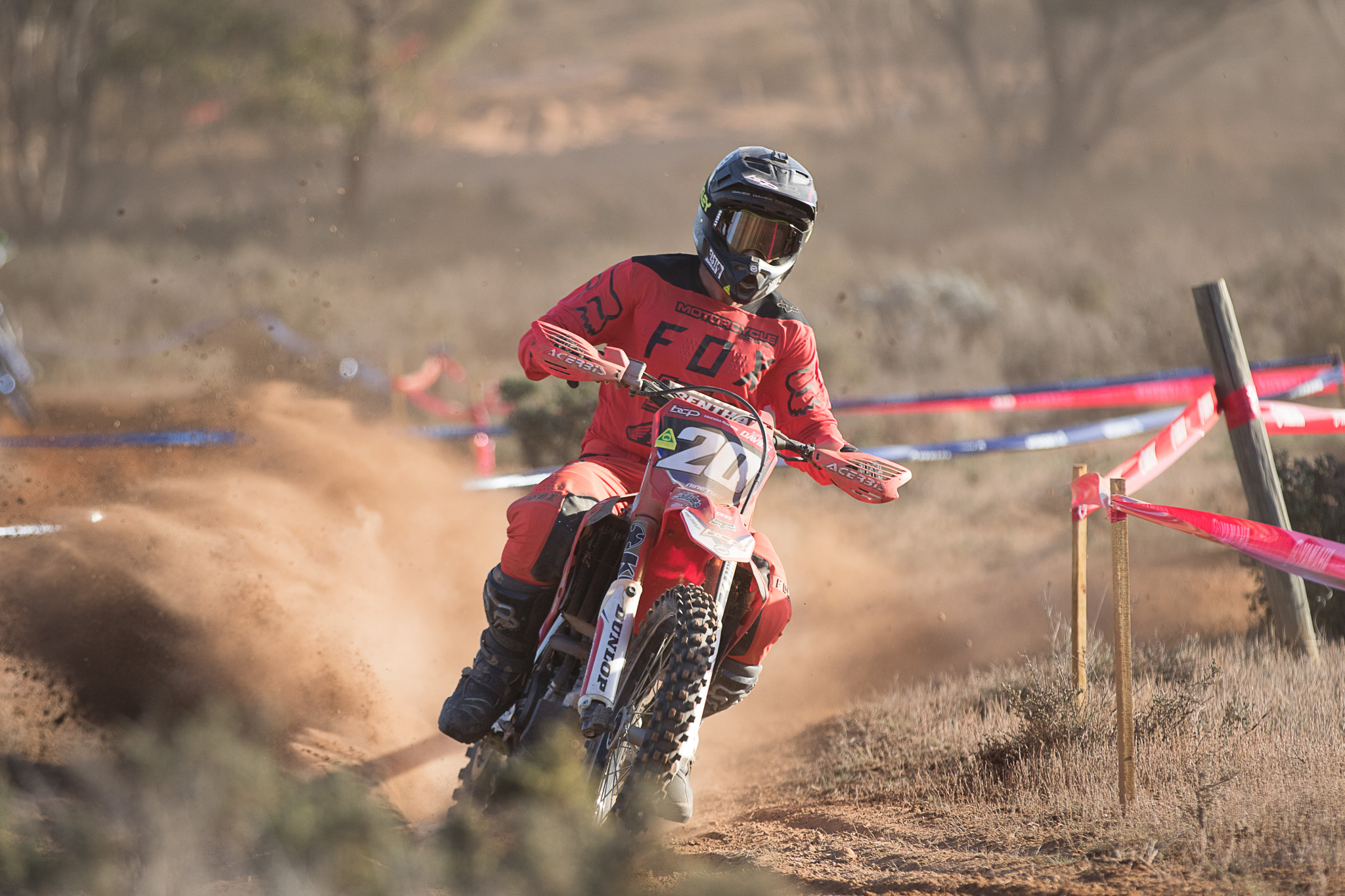 Baylee Davies
Currently residing fourth place in the E1 Championship, Baylee Davies from Alveston Tasmania has developed into a force since his arrival into AORC.

Honda mounted rider Davies shared; “I actually first got into Enduros when I went away on a holiday. A friend paid for my membership to do a three-hour Enduro and I actually performed fairly well under the circumstances. I’ve stuck with it ever since, and that led me to compete in the AORC, in the past several years.

“The travel from Tasmania is never easy, as I have to cross the water every time,” admitted Davies. “Despite the difficulties, it’s always worth the effort as we all love competing in the AORC, and are passionate about racing.

“The Tasmanian Enduro Championship scene is really strong at the moment, in fact just about all of the top competitors from Tasmania, have raced in the AORC this year and most have placed in impressive positions,” Davies was pleased to say. “Tommy Jones got two podiums, when he competed back at Renmark. The Tasmanian level of talent is the strongest I’ve ever seen this year. With Matthew Phillips returning to Australia, it could get even stronger, if he deceides to continue riding Enduros! The local Junior programs may not have the level of depth of the mainland, but its still very impressive, considering our population.

“Trying to crack the top level of the AORC is never easy, but I’m trying to better myself all the time,” according to Davies. “This is now my second year in the E1 class and I’m currently fourth position in the championship, with only five points separating Brad Hardaker (Yamaha) and I, for third place. Even Jack Simpson (KTM) is not far behind me, despite missing out on Rounds due to injury.

“It’s going to be extremely tight between Hardaker, Simpson and myself at Omeo! Any one of us could claim a top three spot, at the end of the season. Its definitely all to play for.

“I haven’t had a DNF this year and hopefully I can keep that up. It’s been all down to consistency this year. I have made silly mistakes in the past, and I’ve managed to rectify that this year. We’ll just have to compete as best as we can, and maybe we can move up the championship standings, if the situation goes my way,” Davies concluded. 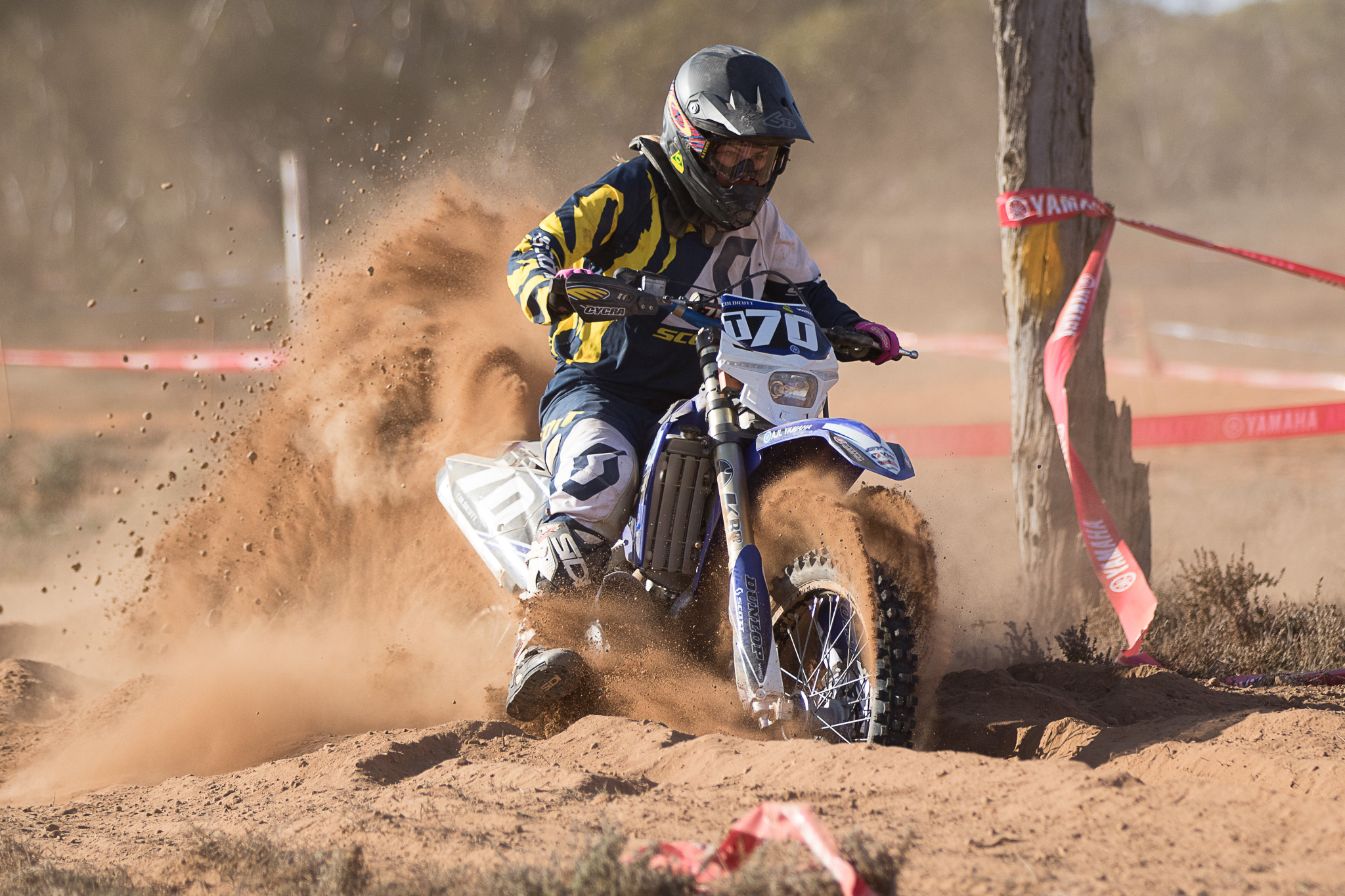 “I live near the Surf Coast at a place called Penguin, in Tasmania,” according to Coldicutt. “When I travel to the AORC Rounds, Connor Gee and I usually either take the Spirit of Tasmania or fly. It normally alternates in turns between flying and taking the boat. It’s not always easy to travel from Tasmania, as I work full time. I have gotten used to it though!

“We are currently second in the championship, heading into the last round, after a very successful year,” said Coldicutt. “Considering the domination Wilson has enjoyed this year, coming second in the standings is a great result.

“I got into AORC through the Phillips’s back at the Broadford Round, several years ago, said Coldicutt. “I used to ride with Trent Lean’s team and that was my first experience back in AORC.

“Enduro has really taken off in Tasmania, I believe we’ve got a really strong scene at the moment, stated Coldicutt. “The past few years its really taken off. We have approximately 15 riders that are really competitive at the moment. Back in Tassie, we have plenty of little 50cc bikes available for young ones to ride, and they can develop their skills from an early age.

“Hopefully I can be consistent for the last two rounds, aim for top three positions at Omeo and end the year in second position for the Women’s class,” Coldicutt concluded.

Stay tuned to all AORC channels to find out how these Tasmanians riders fare at the final two rounds this weekend at Omeo!