The juniors turned their attention to sprints for Round Four of the Yamaha Australian Off-Road Championship (AORC), and it was Kyron Bacon who put his Honda on top of the podium in the J4 class. After taking out yesterday’s cross country, the Riordan Brothers were back at it again, taking out the J3 and J2 class respectively.

In the dry and dusty conditions, the juniors were put through their paces on the bLu cRu test, as they faced four sprints to complete Round 4.

J4
After a tough day at the office in the cross country, Bacon has bounced back to take the J4 class aboard his Honda. Bacon was in a class of his own and sent a message to the field when he came out and put 27 seconds on his nearest competitor in the first sprint, and that gap was enough to get him the victory. Korey McMahon couldn’t quite back up his efforts on his KTM from Saturday’s cross country, falling short of Bacon by just over three seconds. A slow start in the sprints had McMahon on the back foot but a fast finish put him in contention. Jayden Rudd rounded out the podium in third position, to finish off what was a consistent weekend for the KTM rider. 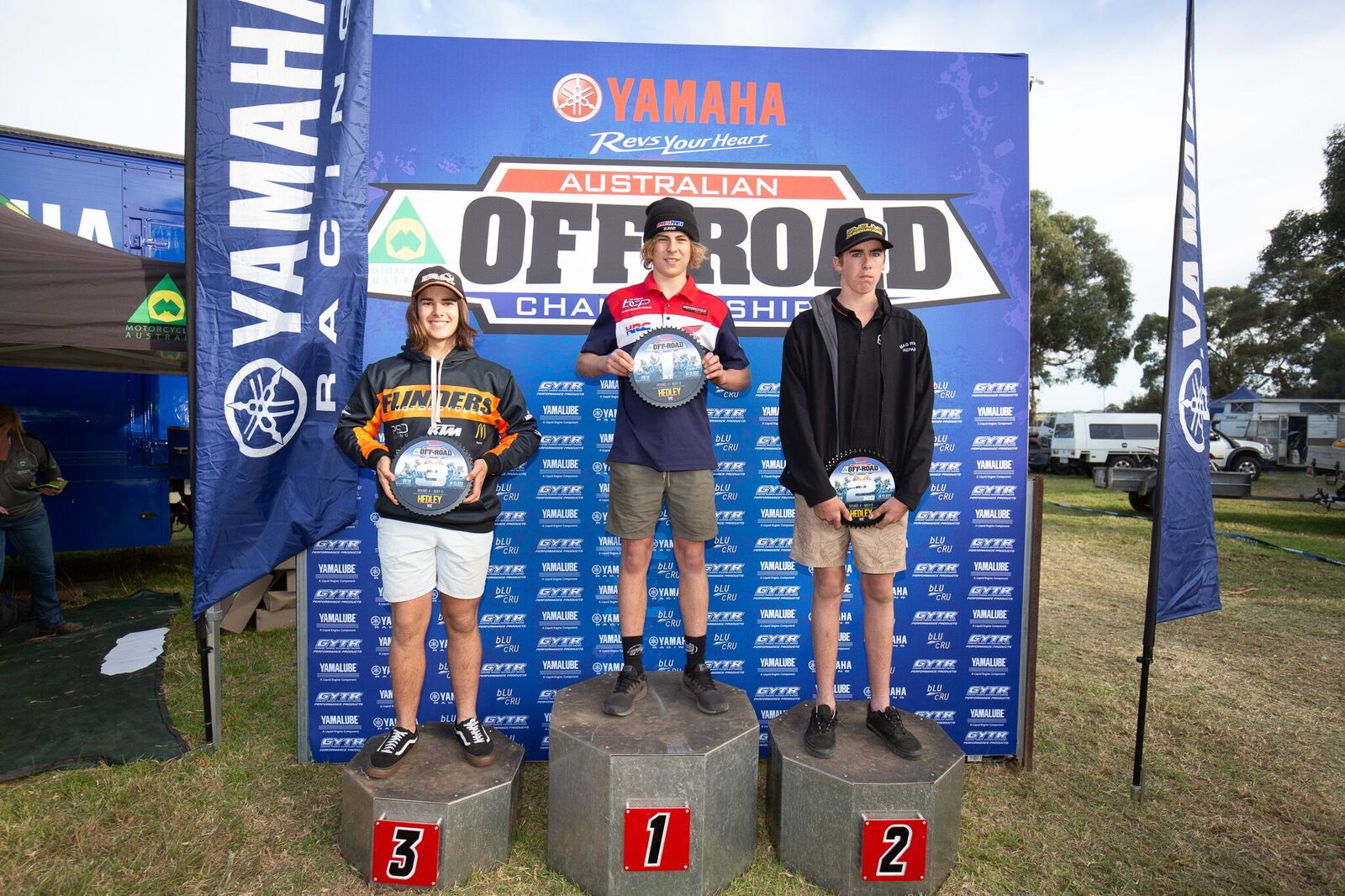 J3
It was business as usual for Will Riordan in today’s sprints, the KTM rider came out and smashed the first test on his way to taking out J4. In the first test Riordan put on over 30 seconds to set the tone for his day, and he continued that form to win by over a minute. Blake Hollis gave it his all on his Yamaha in the trying conditions but just couldn’t stay with the pace of Riordan at the front, settling for second to wrap up a solid weekends riding. Ned Chapman took out the last spot on the podium, battling through the bLu cRu test to finish behind Riordan and Hollis. 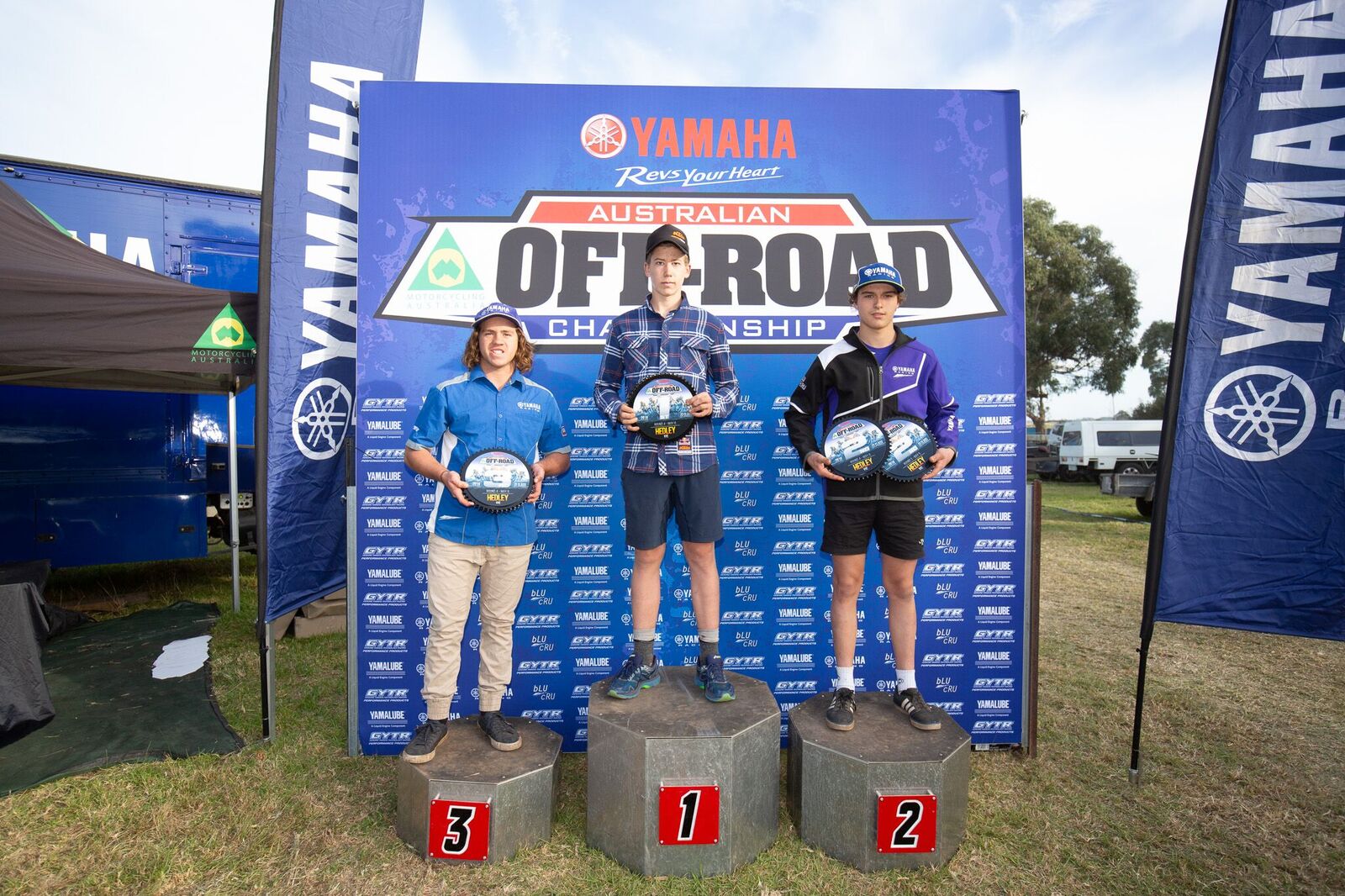 J2
Angus Riordan once again took out the J2 division picking up right where he left off after Saturday’s Cross Country. Riordan just like his brother Will got off to a flyer of a start in the first sprint and put on over 30 seconds to Billy Hargy in second position. Riordan didn’t stop there as he continued to put in test times of under 12 minutes, the only rider in his class to do so. Hargy put in another solid days riding to finish in second place and cap off a good weekend, whilst Mackenzie Johnson rounded out the podium to finish his weekend. 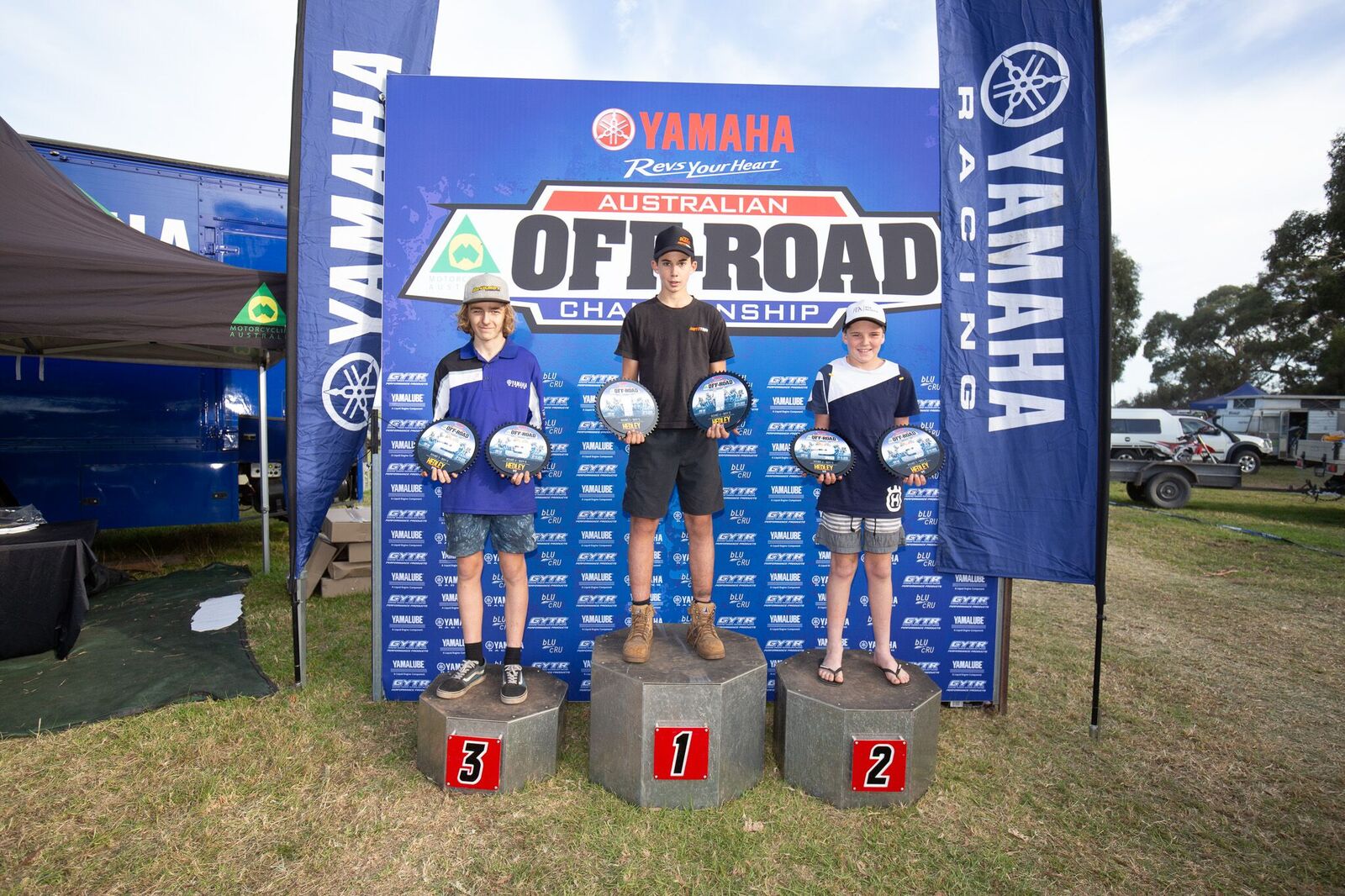 The next stop for AORC will be Dungog, New South Wales for Round 5 & 6 on July 28-29.Stay up to date with all the happenings of the 2018 Yamaha Australian Off-Road Championship by visiting the brand new AORC website at www.aorc.org.au! or by following the AORC on Facebook as well as @aorc on Instagram.Photos courtesy of John Pearson Media