Day Three of the FIM International Six Days Enduro (ISDE) in Brive, France saw competitors brave dry and dusty conditions – albeit cooler – for a third consecutive day, but with a new course and new special tests. Continuing to hold firm at the head of the World Trophy classification, France stretched their advantage over Australia to five minutes and nineteen seconds, while France’s Junior World Trophy squad moved to the top of the results, thirty-nine seconds ahead of Italy. Australia sit five minutes and forty-nine seconds ahead of the USA in the Women’s World Trophy class.

Although there were patches of rain making several of the tests slightly wet, most of the tracks remained dusty. Competitors raced a new loop today, in addition to several tests from Days One and Two.

For the Australian Seniors World Trophy Team, the boys in the Green and Gold had another solid day despite losing a minute on France and are now 5:19 m behind the host nation France. Although the Australians lost time to the French, the gap was widened to third placed Team Finland, Australia pushing the gap to two minutes. 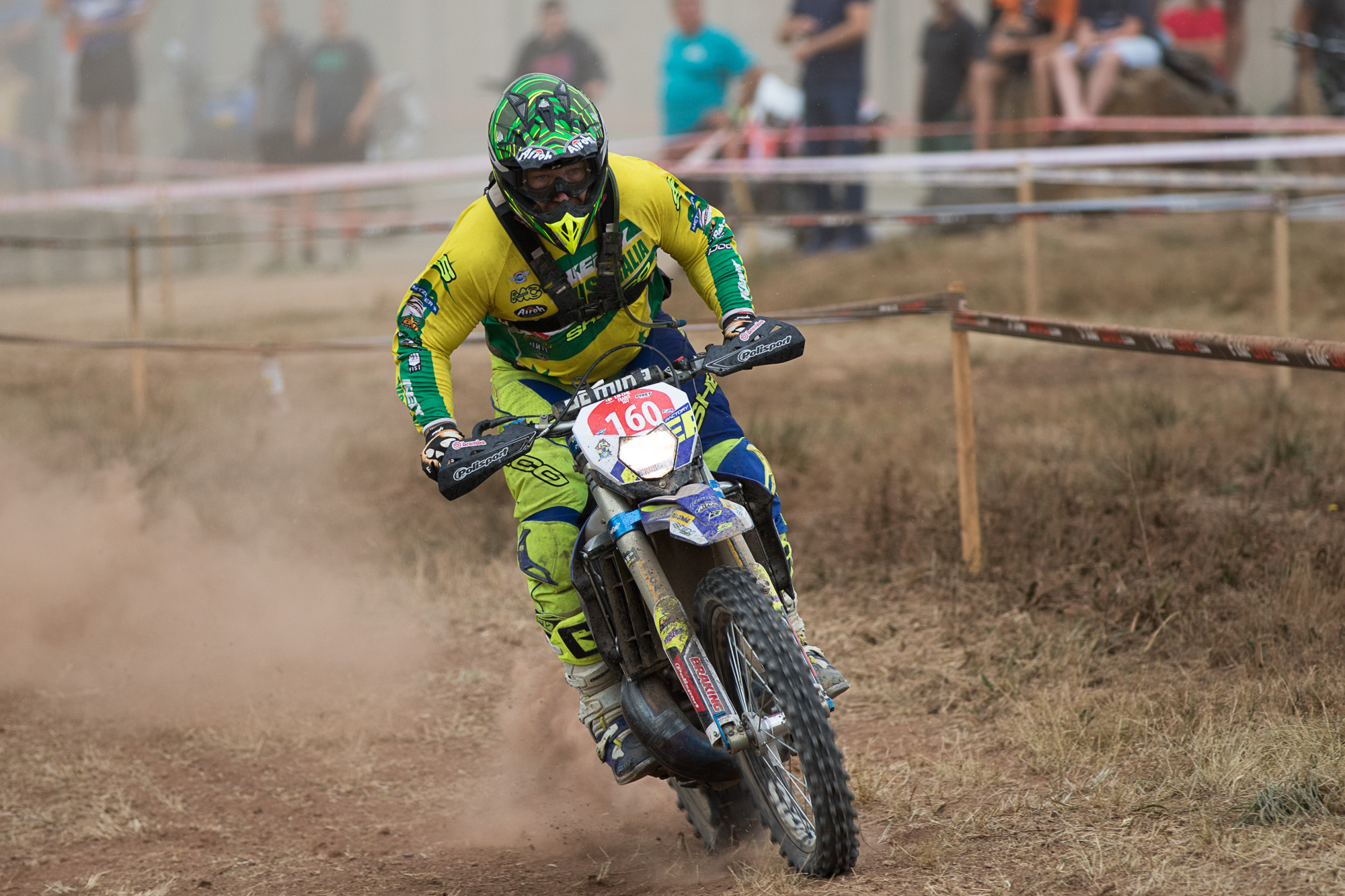 Daniel Milner once again led the charge, still leads his respective E2 class and is currently fifth in outright. Milner didn’t have a blistering start to the day, with slightly slower test times but he managed to improve as the day wore on. Birthday boy Daniel ‘Chucky’ Sanders had a very consistent day with several impressive test times, he also managed to become more confident in the latter stages of the day. Sanders is still recovering from his shoulder injury that he sustained at the last round of the Australian Off-Road Championship (AORC) and still sits fourth in the E3 class. Matthew Phillips, also in the E3 class is sitting fifth and managed to lodge the seventh best time in the first test. Phillips is still adjusting to his new bike and class but he managed to attain better consistency throughout the day. Josh Green had a hard slog throughout the day but improved in the latter stages of the day to remain in eight in E1, where many of the top outright rider’s feature. 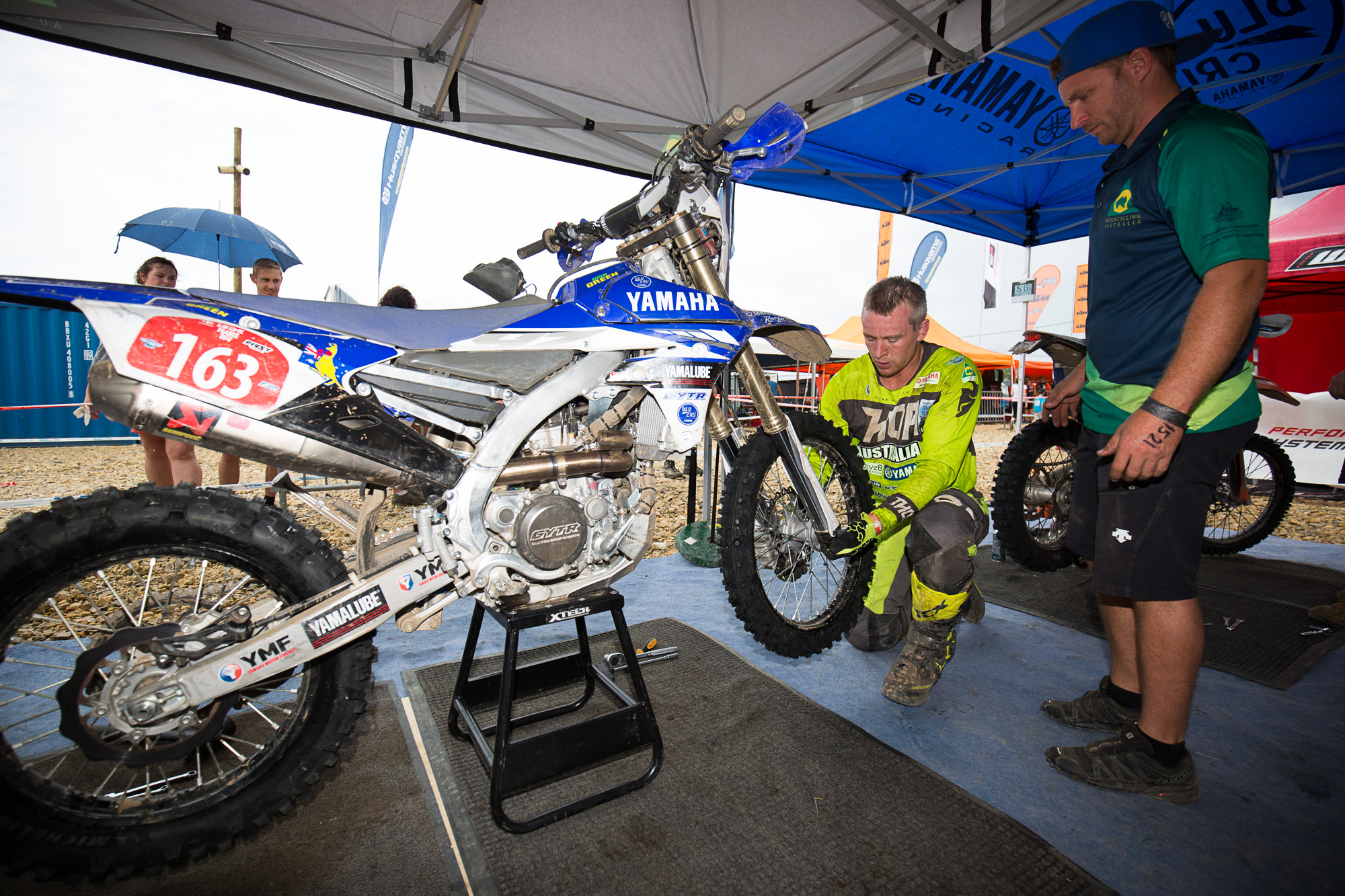 Daniel Milner; “It was a rough day for me. I started off pretty well, but I went into a test first and I lost a lot of time. I managed to pick up time in the final tests though. We have lost time to France but with plenty of luck and some rain, I think we can make up time on them tomorrow.”

Daniel Sanders; “Day Three is now behind us and it was my birthday as well! I didn’t crash today so that was a bonus. I had a couple of good tests but got caught behind some slower riders later in the day. The Team is really strong at the moment. We’re hoping for some rain in the coming days to help us catch the French.” 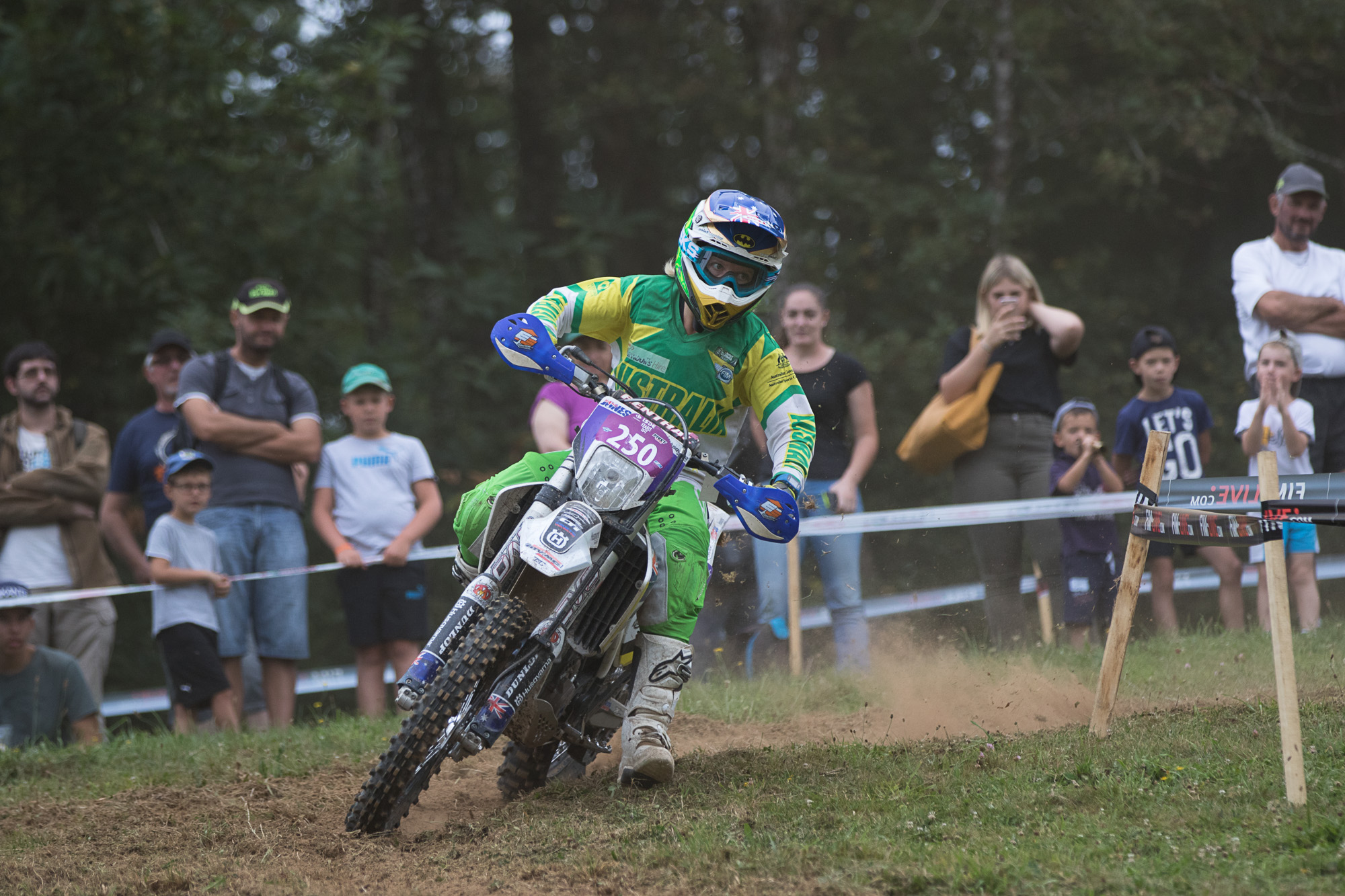 Another very strong day for the Women World Trophy Team, extending their lead out to almost six minutes (improving by 2 minutes) on their nearest challengers in the United States, after Spain lost two or their three riders yesterday. They also lead host nation France by more than 13 minutes. They are now halfway into pushing towards a historic fifth World Championship in a row. Tayla Jones and Laia Sanz (Spain) battled it out for outright honours, although Sanz managed to improve her lead. Tayla now sits just over a minute off Sanz. Jess Gardiner continued to solider on, despite her sore hand, and now sits in fourth outright as she battles with American Brandy Richards. Jemma Wilson had some ups and downs after encountering mechanical issues, although she managed to continue with all three Australia Women finishing and sitting inside the top 10.

Tayla Jones; “I had an average day. The tracks were good but too many crashes cost me a lot of time to Laia in the overall but Australia have extended our lead in the Women’s title hunt so I am happy. I’m hoping with new tracks tomorrow I can have a better day and stay upright to catch back up a little.” 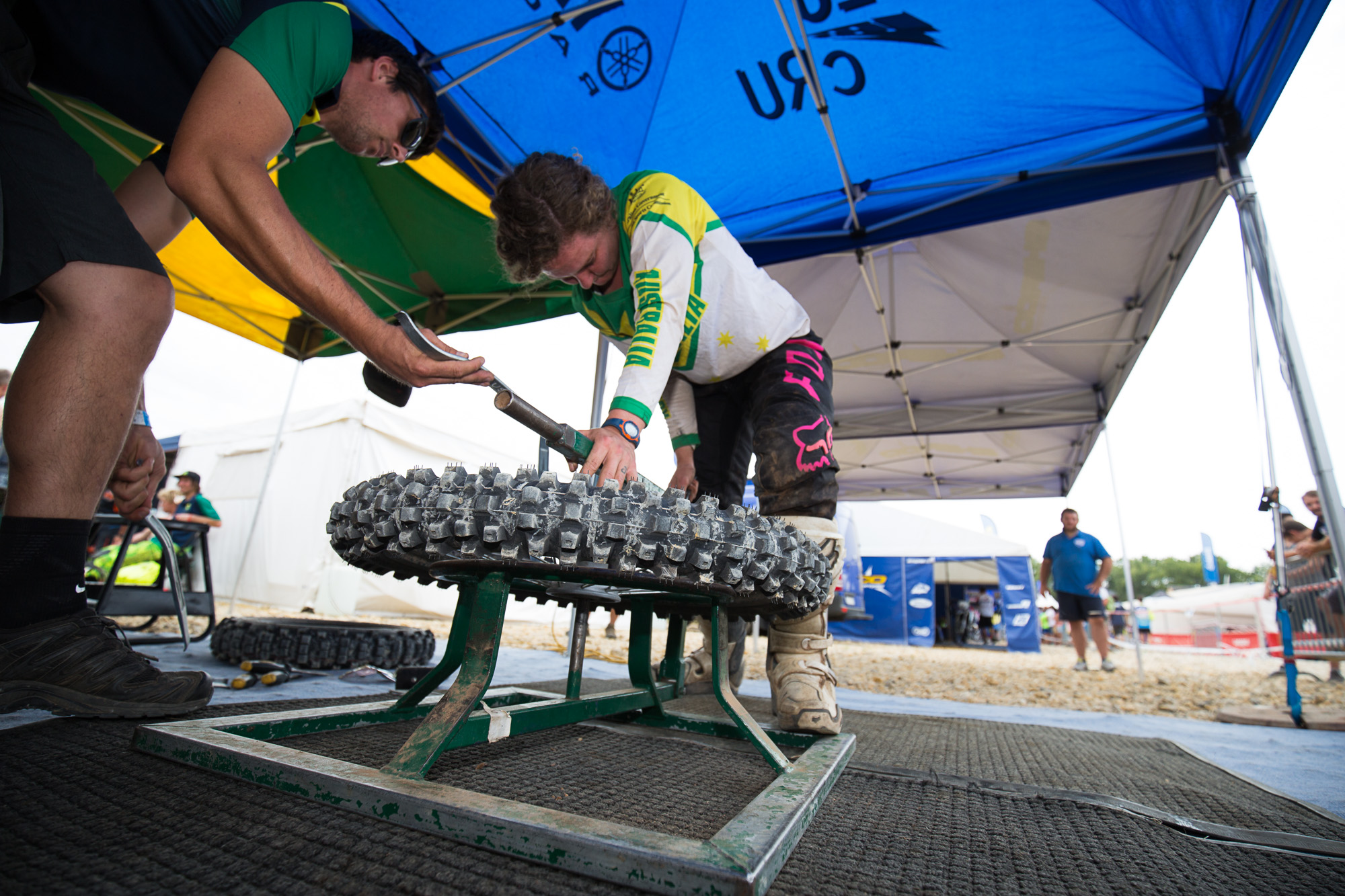 Lyndon Snodgrass continued on today as the sole Junior World Trophy Rider and reached the halfway mark of the six day enduro. It’s been a very solid debut for Snodgrass, as he sits twelfth in an extremely competitive E3 class with two of his Senior teammates. Snodgrass even managed to beat several of his Australian elder statesmen in several tests again today and shows what it takes to match the worlds best in future events. 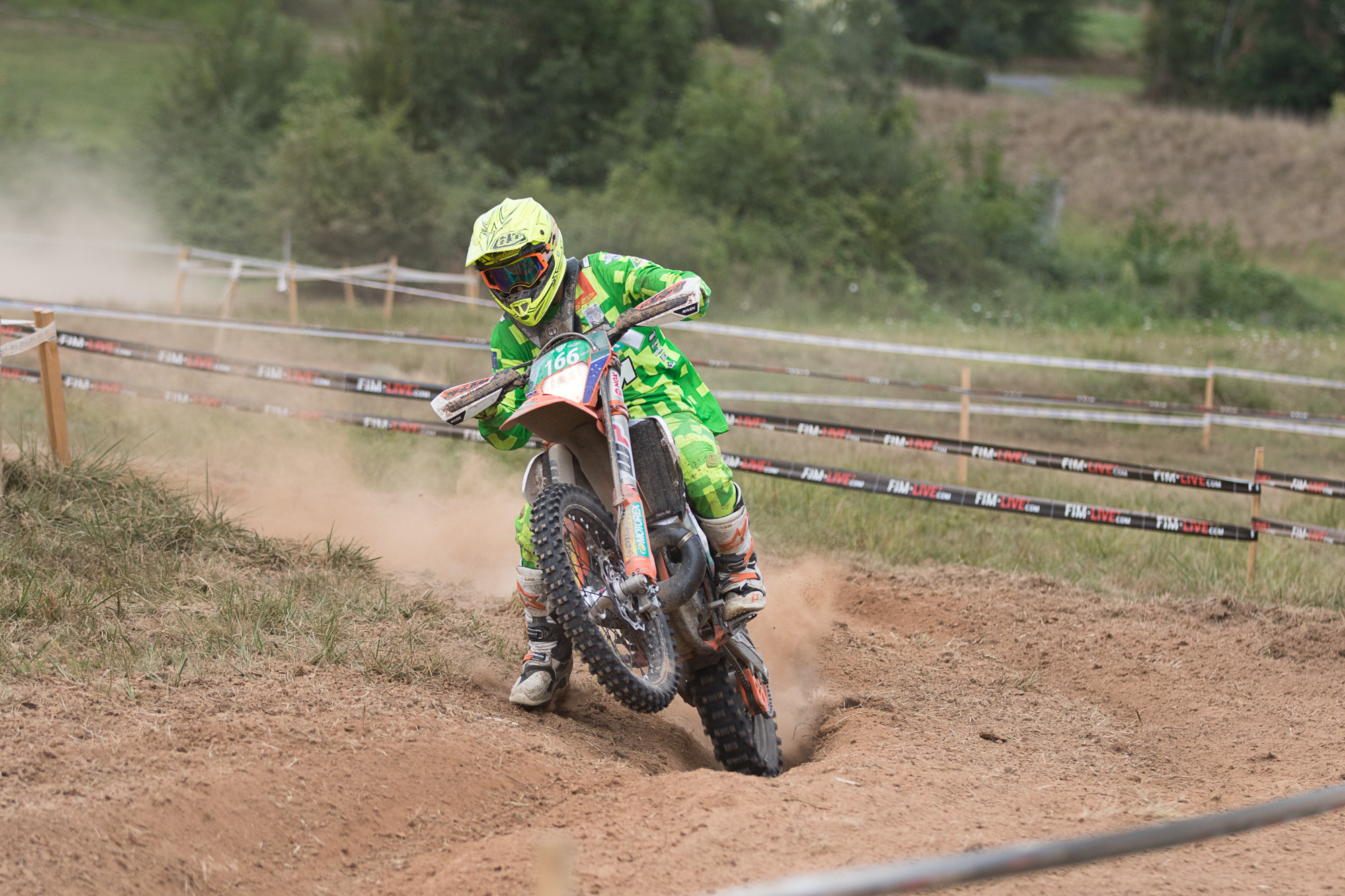 Lyndon Snodgrass
Lyndon Snodgrass; “Day Three done, and it was a tough day with plenty of mistakes in the first test, it was a really cool trail and we’re on to a fresh one tomorrow. Can’t wait to get out there again.”

Day four will see the riders face yet another new course and special tests as the event moves into its final phase. 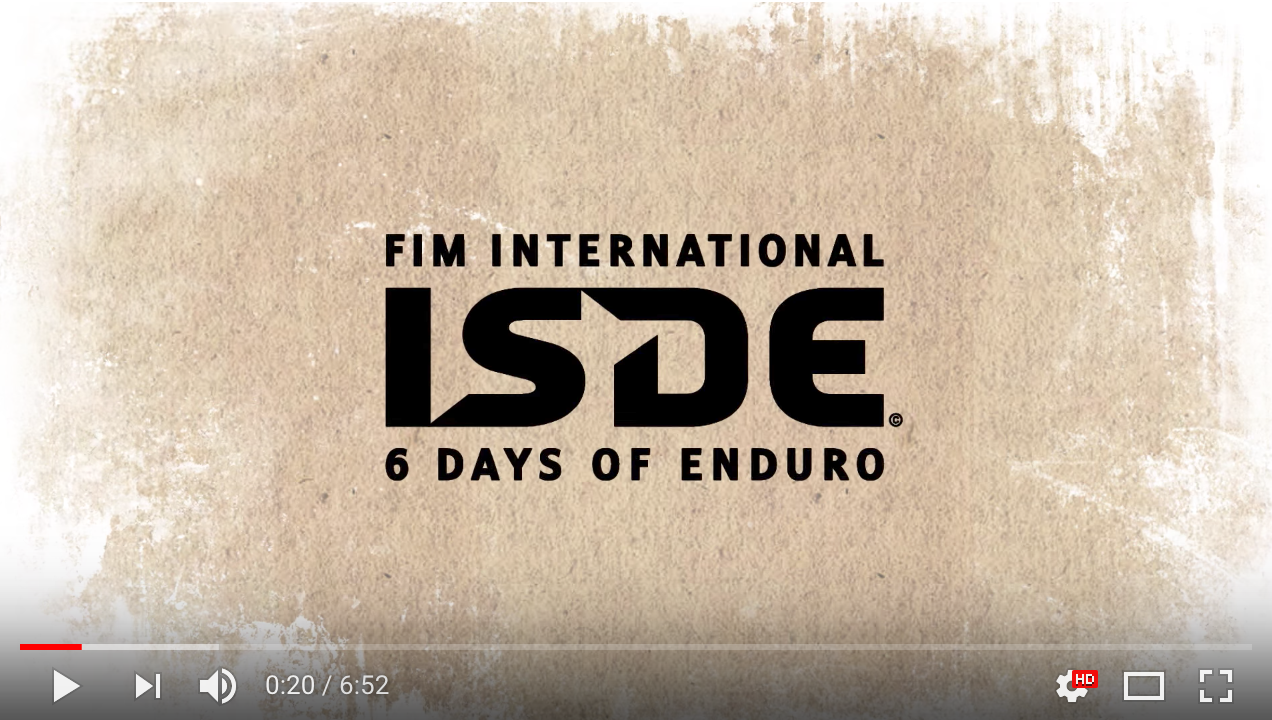