It was another glorious day here at Kingston SE as Round 9 of the Yamaha Australian Off-Road Championship (AORC) once again battled it out over nine sprints. Jessica Gardiner (Womens) and Rowan Pumpa (Master’s) both backed up Saturday’s win with another here today, whilst Geoffrey Ballard turned the table to grab the master’s Victory.

After battling it out yesterday on the bLU cRU test, the Women’s, Veterans and Master’s moved onto the YZF450 test. The test was a fraction longer today for the riders and with the ruts already established, the riders had a battle on their hands. The soft sand and low tea tree bush section played a part as the riders had to find new lines to stay at the front.

Womens
Backing up her efforts from Saturday was none other than Gardiner who showed once again that she loves the sandy conditions here at Kingston SE. Gardiner aboard her Yamaha got off to a solid start in the first few sprints, but as the day went on Gardiner pulled away, showing her work off the bike has been paying off, and recording a time of 1:12:29.690.

“Sand is my favourtie terrain to ride and for me it was all about staying upright and I managed to do that bar one test where I had one off. I had a lot of fun out there and when it got a bit rough I was lucky that my pro moto suspension handled it with ease,” said Gardiner.

Making it a pair of second place finishes was Emelie Karlsson aboard her Yamaha, Karlsson just couldn’t find the speed of Gardiner and settled with a time of 1:14:37.282.

In third position was once again Sherco’s Danielle Foot, who continues to impress in the off-road format after making the jump from motocross this season. Foot recorded a 1:17:08.257 to cap off her weekend at Kingston SE. 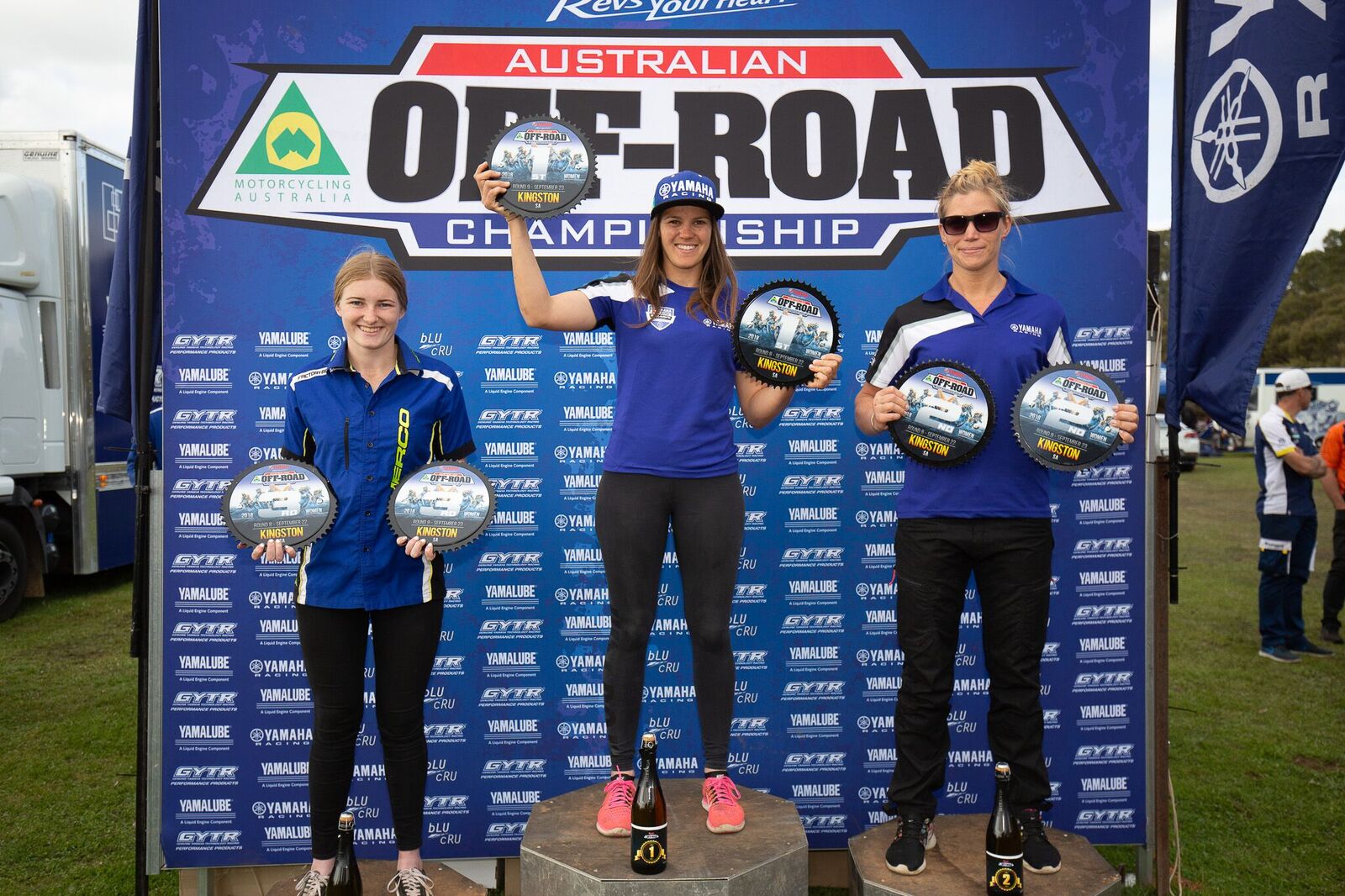 Veterans
Pumpa made it two from two at Kingston SE as he left the field in his wake on the way to victory with a time of 1:09:30.703. Pumpa used his local knowledge to his advantage and was a man on a mission this weekend. 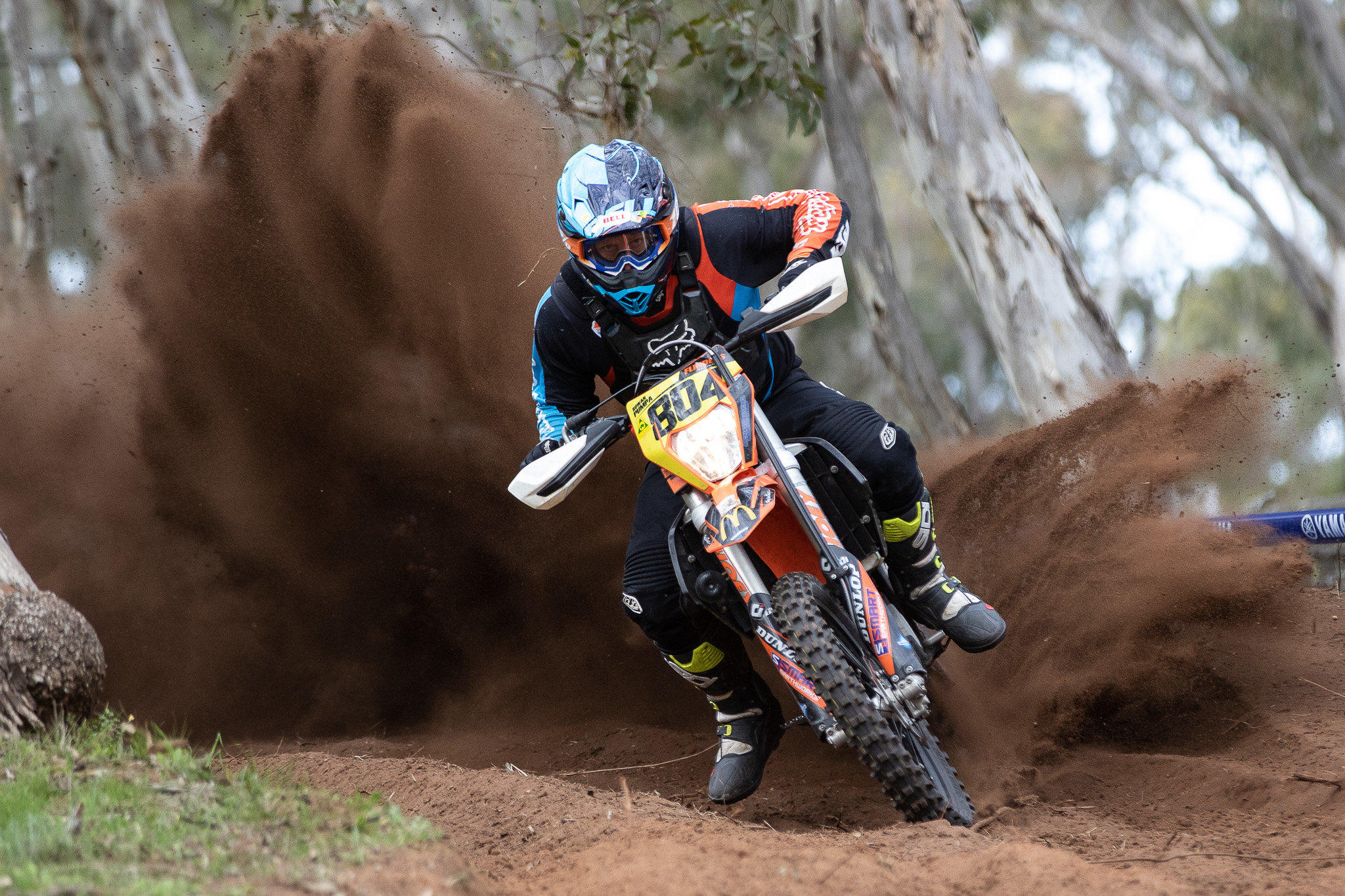 Just like yesterday it would be Leigh Bentley finishing just behind Pumpa to make it a pair of second place finishes. Bentley recorded the time of 1:09:49.444 to end a solid weekends riding for the South Australian rider.

Snaring the last spot on the podium was once again Richard Chibnall on his KTM, a man who has been at the front of the Veterans field for most of the season to date, would have to settle for third with his effort of 1:12:52.379. 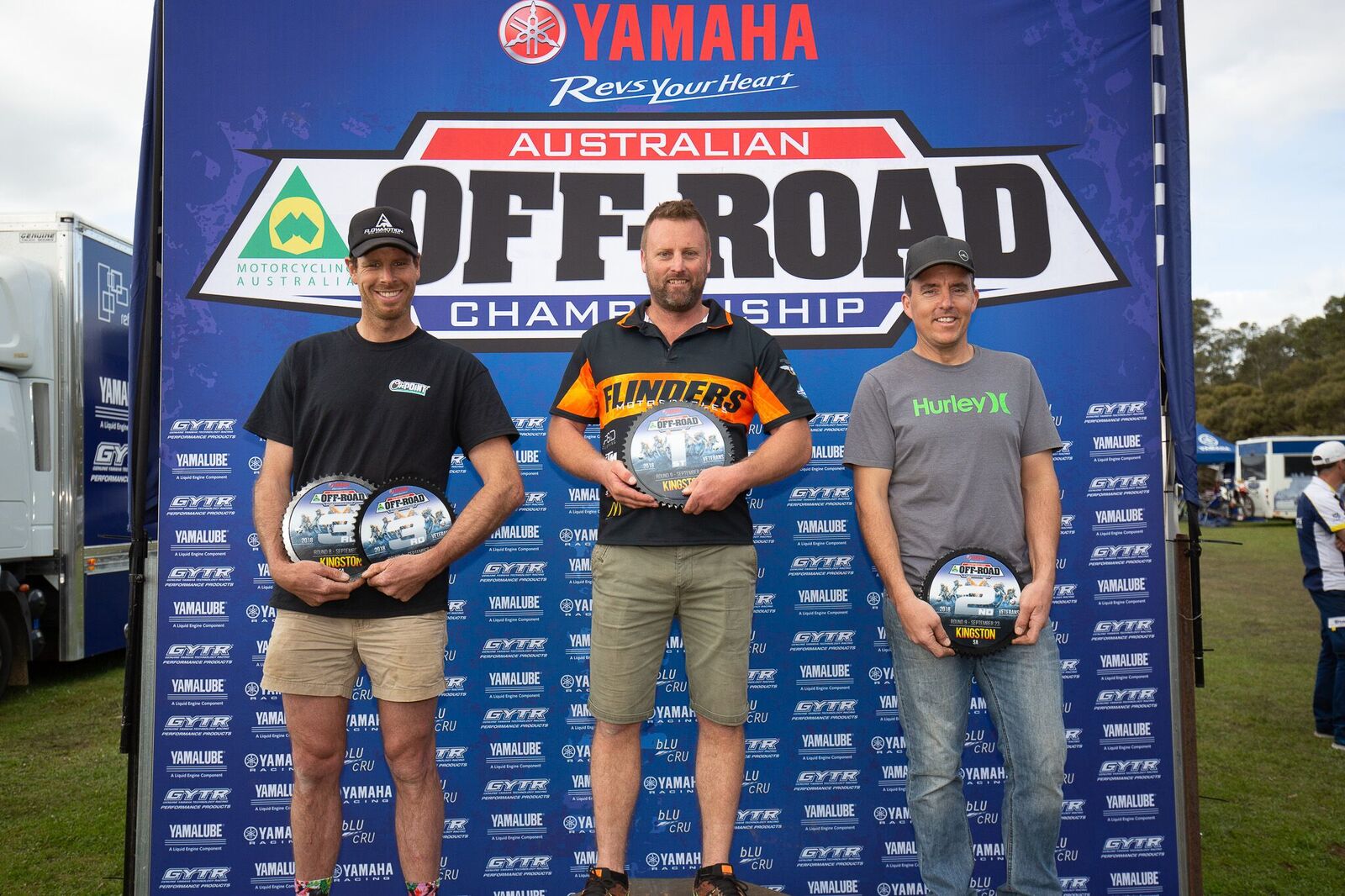 Master’s
After a narrow defeat yesterday, not even a cut to the arm would get in the way of Ballard taking the win today, aboard his KTM as he stopped the clock at 1:16:48.660.

Finishing just three seconds behind was Saturday’s winner Michael Widdison, posting a time of 1:16:51.665, which handed him second place.

Rounding out the podium in the master’s class was Craig Treasure with his time of 1:19:01.029, Treasure is a consistent front runner in the class and showed great skills throughout the challenging terrain. 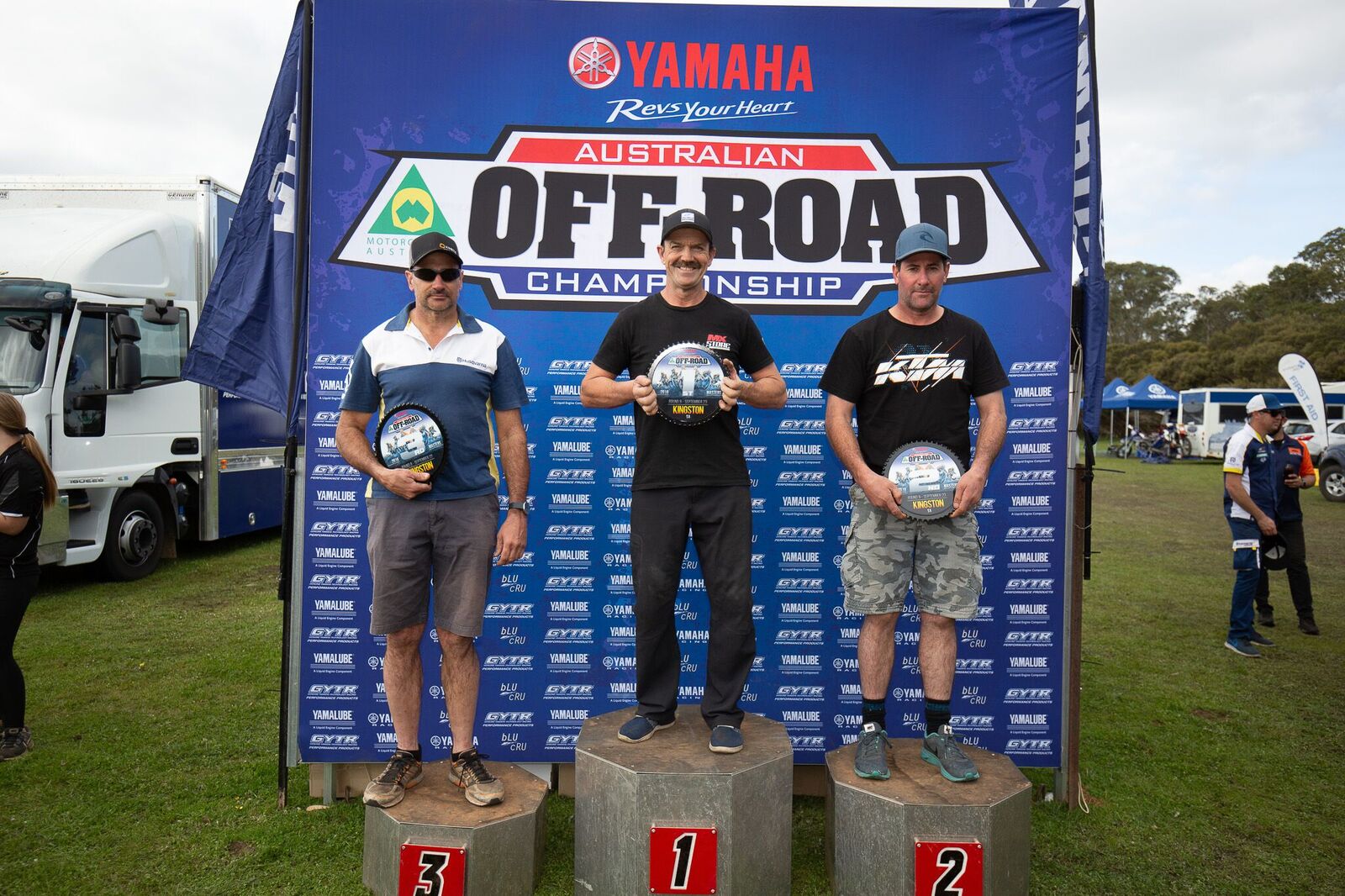