The Kingston SE weather turned it on for Round 8 of the Yamaha Australian Off-Road Championship (AORC) as the riders took to the Blu Cru test for nine laps. Making the most of the glorious conditions and the excellent track was Jessica Gardiner (Womens), Rowan Pumpa (Veterans) and Michael Widdison (Masters) who all took commanding victories.

The shortest of the three tests was in store for the Womens, Veterans and Master’s class here at Kingston SE, with the Blu Cru test length being 4.5km.  Although the test was the shorter of the three tracks here, it definitely put the riders to work with different terrains such as, sandy grasstrack, low tree scrub and open flowy sections.

Womens
Gardiner has made her way back into the winner’s circle here in the Womens class of the AORC, after putting in a great days riding on her Yamaha. Gardiner set the tone for her victory by jumping out of the block ahead of her competition with three test times under six minutes and ten seconds.

Gardiner enjoyed the conditions here at Kingston SE finishing with a time of 55:08.902; “Today was fun, I really enjoyed it. Today’s conditions were exactly what I like to ride in, nice and sandy. I felt really good on my WR250 and I look forward to jumping on the track again tomorrow,” finished Gardiner.

Just off the pace of Gardiner was Emelie Karlsson who completed her days riding with a time of 57:28.481 and will be right in the hunt to take it to Gardiner in tomorrow’s sprints.

Rounding out the podium in the women’s class and showing great continual improvement was Danielle Foot, the Sherco rider finished the day with a time of 1:01:10.094.

Veterans
Pumpa was the man to beat in the Veterans class, getting off to a flyer right from the first test and he didn’t look back. The KTM rider took the win by just under two minutes with his time of 52:14.564.

Finishing behind Pumpa in second position was Leigh Bentley who put in a great days riding, Bentley found great time in the back end of the day which helped him to a time of 54:14.153.

A rider who has been seen at the front of the veteran’s field throughout the season has been Richard Chibnall but today he would settle for the last spot on the podium, with a 54:24.474. 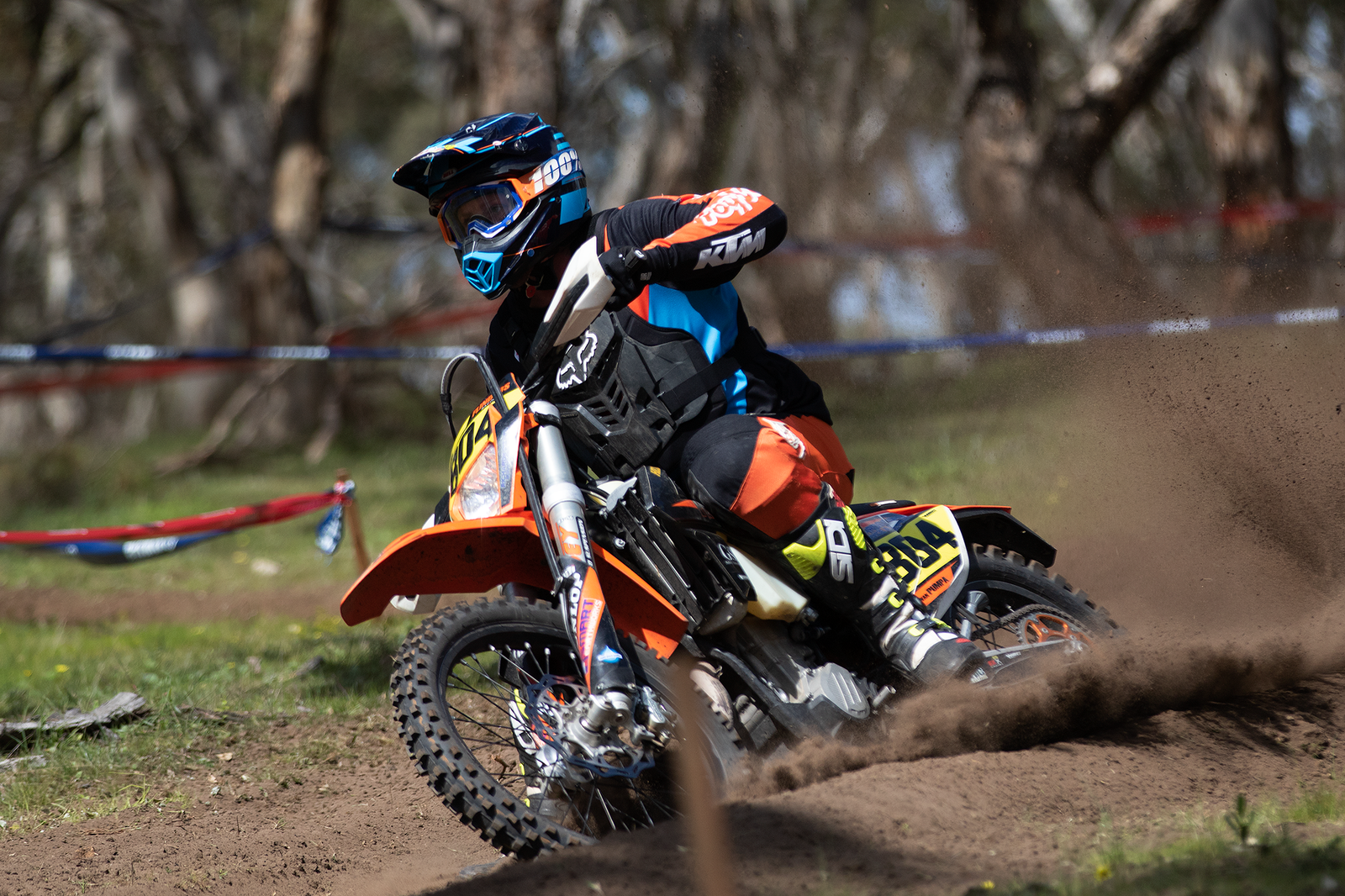 Masters
Widdison led the way in the master’s class after grabbing a 13 second advantage after the first test and then carried that speed throughout the nine tests. His time of 57:48.365 was just too quick for the rest of the field here at Kingston SE.

The man in second place has been the man to beat in the master’s class so far in season 2018, but today Geoffrey Ballard would have to settle for second position after clocking a time of 59:00.730.

A battle between Ballard and Craig Treasure in third position was enthralling, with the pair going back and fourth during tests, but Treasure would have to settle for the last spot on the podium with a 59:41.332. 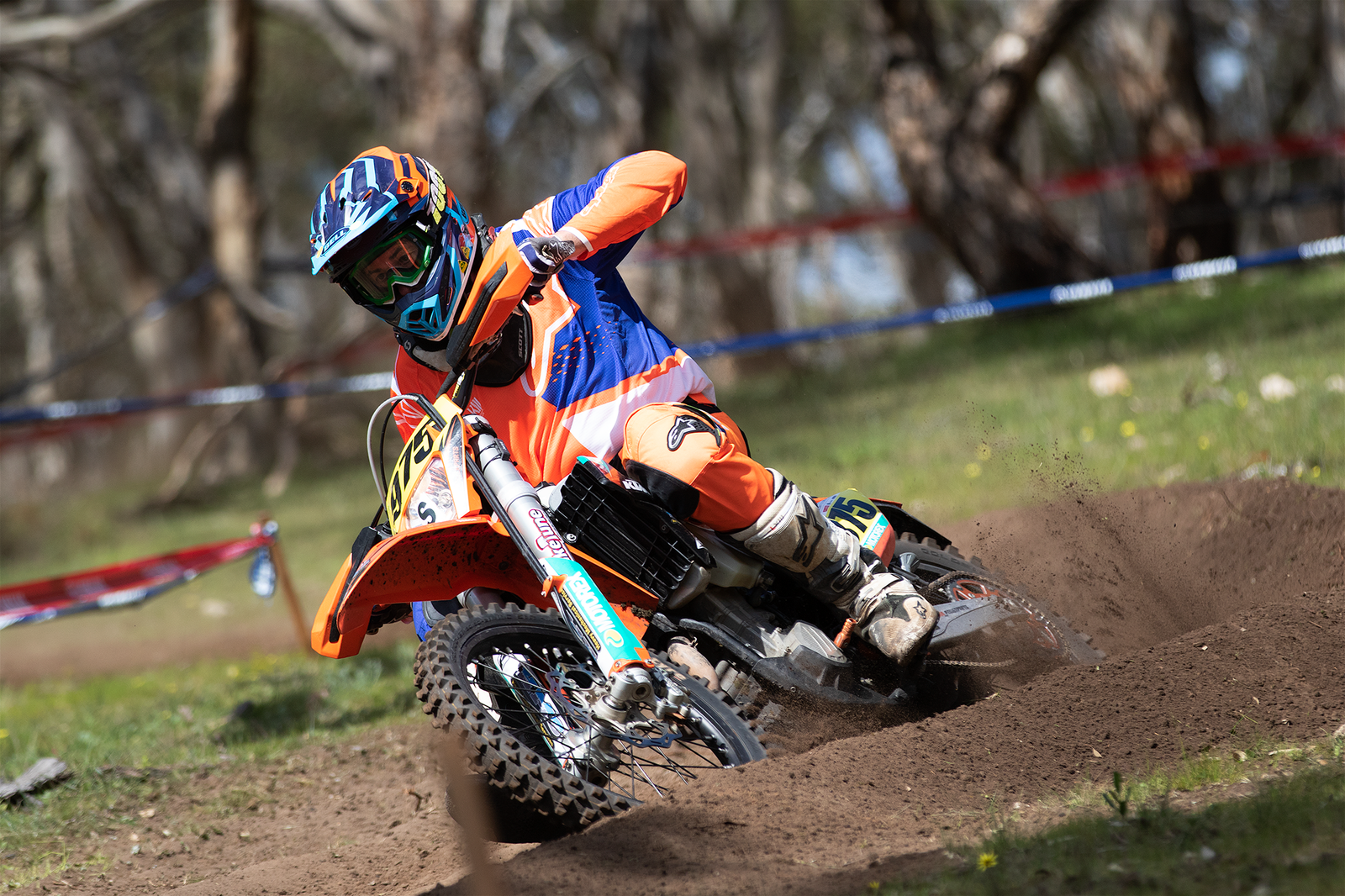