Young gun Jayden Rudd has had a remarkable first half to the Yamaha Australian Off-Road Championship (AORC) in 2017. The South Australian remains undefeated so far within the J3 class, and will be a force at this weekend’s Rounds 7 & 8, Renmark SA – his home race.

After debuting in the Yamaha AORC last year, 15 year old Rudd has taken his riding to the next level. This is Rudd’s first full season within the championship and he is well on track to take a title upon his first solid attempt. As it stands, Rudd is 14 points ahead of his closest challenger, Ned Chapman (Yamaha).

KTM rider Rudd described how he has improved; “I’m really happy with how my racing has progressed in 2017. All the AORC events have been fantastic and I’ve adapted to all the tracks extremely well, I’m hoping to maintain this momentum leading into Renmark.

“I’ve put in a lot of work over the off-season to place myself in good stead for this year,” Said Rudd. “I even worked with a personal trainer to make sure my fitness levels were up to scratch for the hard enduro racing. I do plenty of exercises including cardio and weights.”

Rudd initially started when he was three years old and quickly developed a love for riding. After first competing at the age of six, Rudd first took up Enduro back in 2012. He even won his first state title the first time out. Last year was his first foray into the AORC, on a part time basis. This year is his first proper tilt at the AORC championship, competing at every round.

Rudd has earned himself the championship lead in J3 so far and is looking to take wins at his home rounds at Renmark. Confidence makes a significant difference and Rudd’s belief in his abilities is sky high. Rudd is also leading his class for the local South Australian Off-Road Championship, further confirming his great run of from.

Despite this being his first race on the Renmark enduro tracks, Rudd is eager to perform at his home race.

“Competing at my home race gives me plenty of extra motivation to compete for the wins,” According to Rudd. “I will have plenty of nerves though, as I will be racing in front of plenty of people I know!

“I definitely hope I can get another clean sweep at Renmark! I try not to think about the championship title hunt too much, and I will just take each racing weekend as it comes.” Rudd stated.

Make sure to get down to Rounds 7 & 8 (June 24-25) at Renmark to see how Jayden Rudd performs in front of his home crowd! 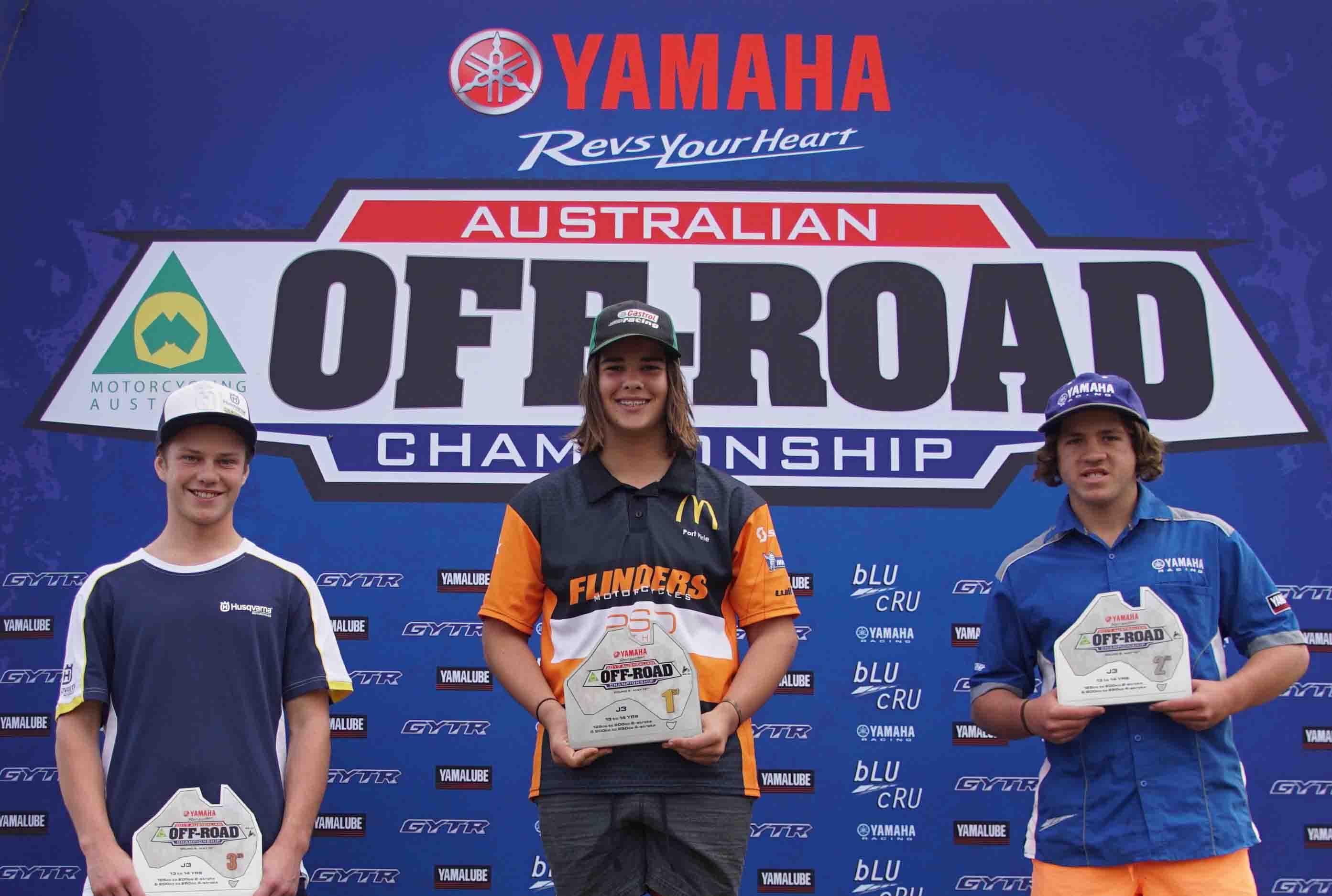 Don’t forget to check out the AORC’s website at aorc.org.au.