KTM Enduro Team has enjoyed an extremely successful season during the course of the 2017 Yamaha Australian Off-Road Championship (AORC). Multiple AORC and Australian Four Day Enduro (A4DE) Champion and Team Manager Glenn Kearney shared his thoughts on this weekend’s Rounds 9 & 10 at Kyogle (NSW) July 22-23 and the season so far.

Kearney stepped into the shoes vacated by Ben Grabham to take control of KTM Australia’s very successful Off-Road racing squad, incorporating both enduro racing and desert racing teams. Kearney officially retired from professional off-road racing at the conclusion of the 2016 A4DE, deciding instead to devote all of his energies to the role of the management in 2017. Kearney’s shift towards a full time management role has reaped very successful results so far.

Kearney shared; “We’re very pleased with how the year’s turned out so far. Obviously Daniel Milner is doing the job for us in the E2 class and Lyndon Snodgrass is excelling in E3 with a tight championship fight with Lachy Stanford (Husqvarna Enduro Team). To be leading the E2 class and tied on points in E3 is a significant achievement. 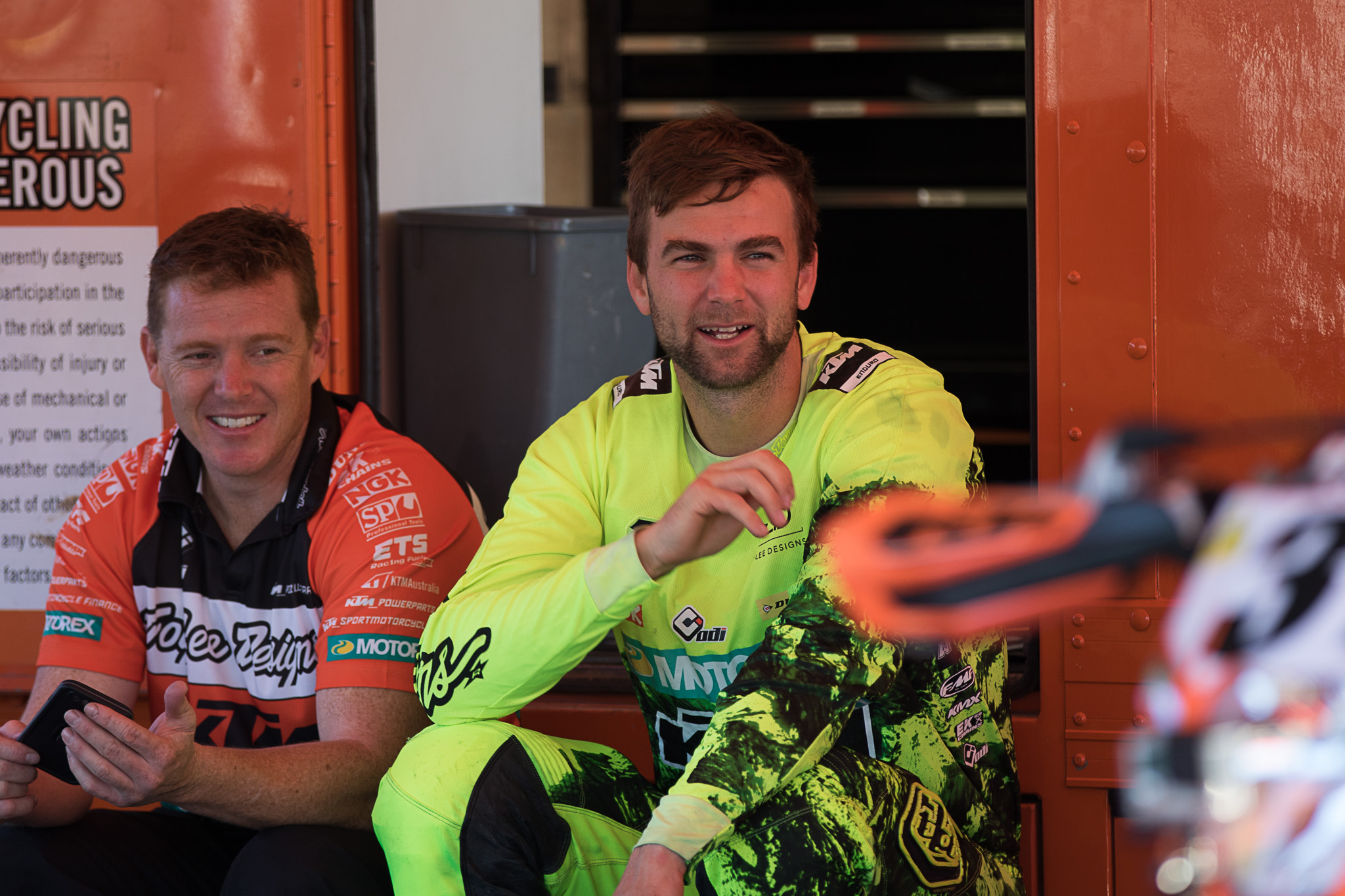 “Milner has had a phenomenal season so far. KTM always had high expectations of him and we hired him for a reason,” according to Kearney. “With our strong bike and team around him, we always believed it would be a potent combination. In terms of his performance, you couldn’t really ask for much more. The team would love to achieve a clean sweep of the entire season with Milner, but you never know what can happen in racing. We’ll prepare as best as we can and hopefully he can remain fit and fast for the remainder of the season.

“I’m predicting an absolute fight to the wire between Snodgrass and Stanford,” said Kearney. “The last couple of rounds at Renmark (SA) and Miva (QLD) have probably been suited more towards Snodgrass, as he has a preference for sandy and muddy tracks. This weekend will be a real test for Snodgrass as he’s heading into Stanford’s backyard in Kyogle. If Snodgrass can get the job done this weekend, he will be in an excellent position, it will be a challenge for him however. 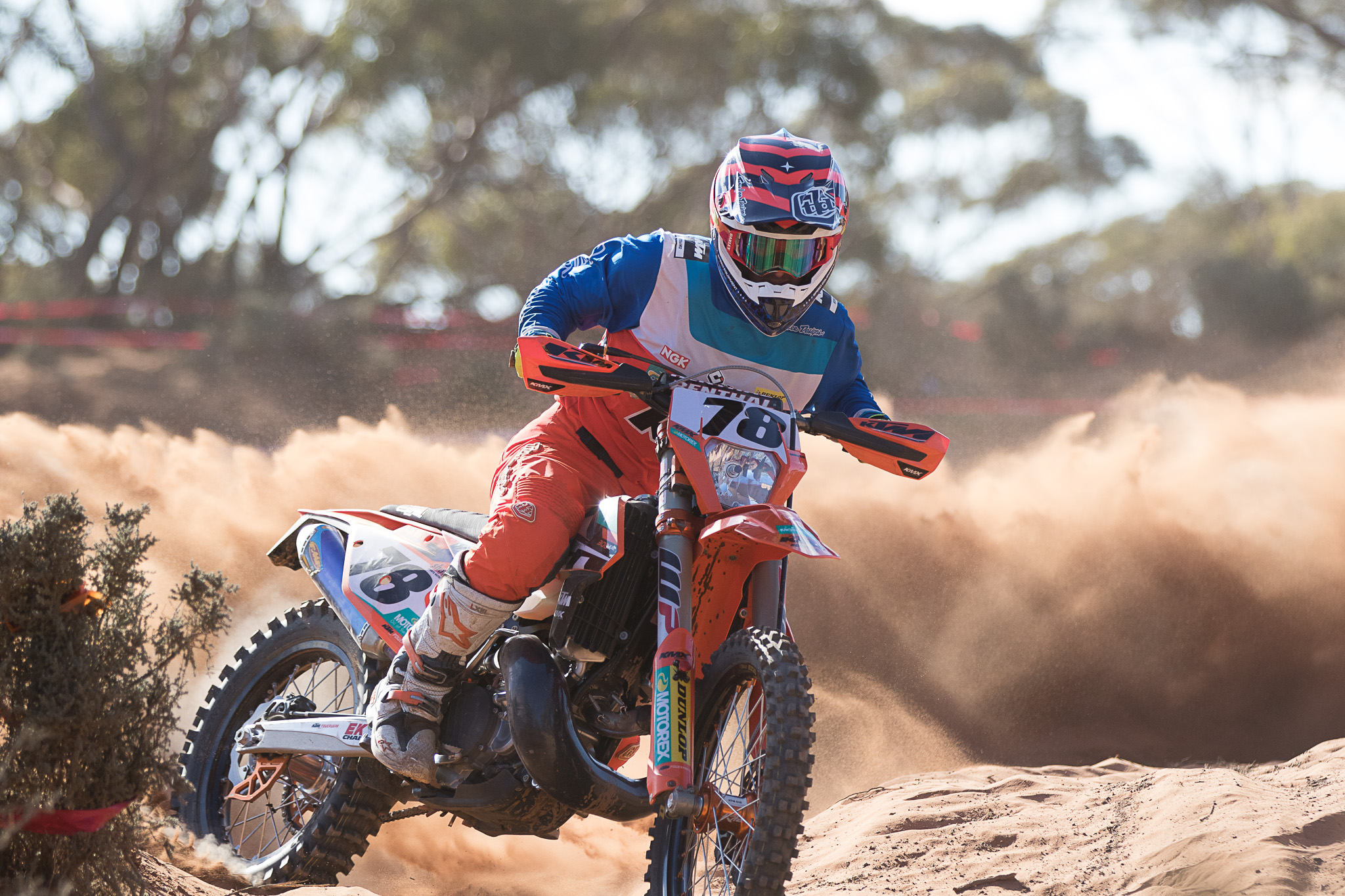 “It’s basically a full time job for the team in terms of preparation for AORC rounds,” Kearney stated. “We’ve just come off two major events in the Finke Dessert Race and Hattah as well. There are race bikes that are dedicated solely for AORC events and those are prepped as soon as the previous racing weekend is finished. After a racing weekend all the bikes are brought back to our headquarters in Sydney to be cleaned up and prepped for the next racing weekend. Over the course of the weeks leading up to a race, we change several of the parts and conduct race preparation. There is always time for testing as well. We are forever sending parts to the boys back home so they can try out new parts on their machines. It’s all about constant improvement and evolving the package. We’ve had four or five tests this year already so far, so it’s a fairly important aspect of the racing year.

“KTM Enduro Team has two full-time mechanics and I manage the team full-time as well,” according to Kearney. “We also have plenty of personel that come just for the race weekend. The team operates out of the new head office in Sydney which we moved into four months ago. The full time mechanics are constantly tinkering away in the race shop, which is also located there. KTM are absolutely behind the AORC racing program.

“The Kyogle rounds take place on private property, so we are not required to follow ADR regulations that include headlights, mirrors,” Kearney explained. “Changes to the bikes are more towards personal setup for the riders as we move towards more hard packed terrain, away from the sand of Renmark. We are able to tune the bikes as the conditions and terrain changes.

“We use Dunlop tyres and they have a huge range of compounds available. In Renmark we used a tyre built specifically for sandy conditions, with a soft at the front. At Kyogle we’ll take a wide selection of tyres to choose from, and we’ll have compounds built to deal with the grass track terrain. The boys can walk the track and they will have a fair idea of which tyre compound will work best,” Kearney concluded. 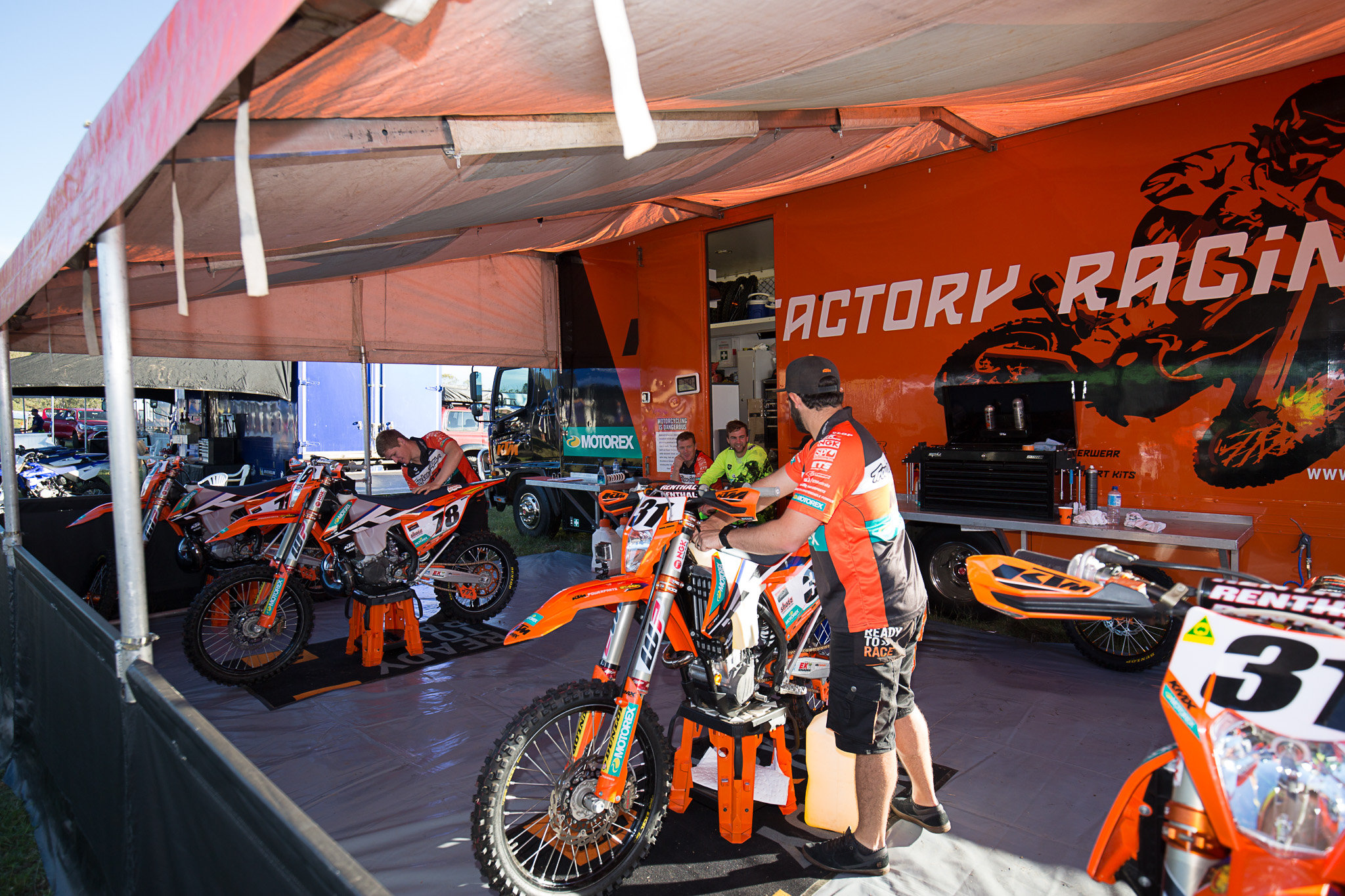 Make sure to stay tuned to all AORC media channels to see how KTM Enduro Team fare at Rounds 9 & 10 at Kyogle (NSW).