In a first for the Yamaha Australian Off-Road Championship (AORC) the field heads off to Broken Hill, NSW for a desert Cross-Country. A four-hour battle through dry, sandy and loamy conditions will push the riders to the limit, Daniel Milner who currently leads the E3 Championship is looking forward to the four-hour battle in new conditions.

The challenge of riding four hours, is this something you personally enjoy?
For us we are used to completing three hour Cross-Countries in AORC, which makes it hard to say but that extra hour will make it a new challenge. The positive side to this is that the track at Broken Hill is so long, which makes it feel like its not as long because the loop covers a lot of ground. Its similar to Hattah as the race doesn’t feel like four hours, it feels quite similar to the three-hour races we usually do because the track is so long. The 38km loop at Broken Hill will take us about half an hour roughly if not more and this will give you the feel that the race isn’t actually as long as it is.

After what happened at Hattah, does this give you motivation to get out to Broken Hill and take the win?
100% it does, all the time and effort we put into the bike and testing for Hattah got thrown away at the event, but luckily enough this year we get another crack at the longer desert format at Broken Hill. We will use all the testing and bike settings from Hattah at this round, as it will be the closest we get to being at Hattah again. I also want to do well at this round as I have a family friend who owns a station in between white cliffs and Broken Hill, and I grew up riding the area when I was a kid and know it well. For me knowing we will have the right set up has me looking forward to the race and after the disappointment of Hattah I am hungry to win the first ever running of the Broken Hill race. 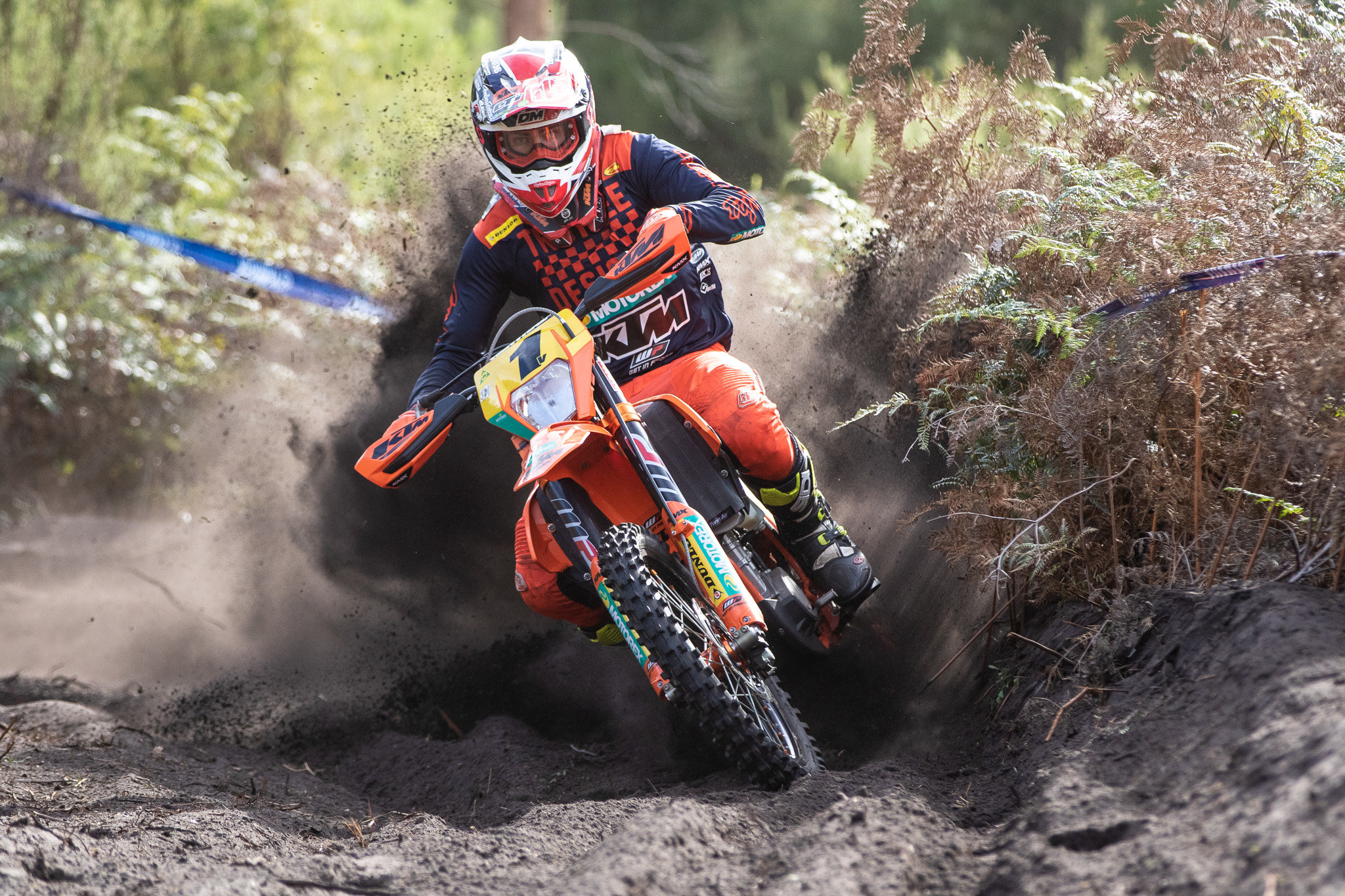 The conditions at Broken Hill, what can we expect and are they conditions you enjoy?
It will be dry and sandy but awesome, the creek bed is big, and it will be unreal it’s basically bottomless sand and isn’t as fine as it is out of the creek. I see this as the spot where all the passes will be made in the race. It will be important to ride to the conditions in Broken Hill as your mistakes can cost you over the four hours. The sand up there is finer to what we normally see as you don’t see much rain up in Broken Hill.

The addition of Broken Hill to the Championship and the desert cross-country format, is this a move you’re excited about?
I think it’s a great move, with this being the Australia Off-Road Championship people overseas just assume that this is all we do is race in the outback. The championship has normally been just on the east coast and its in the natural bush conditions, and I think this round will keep getting bigger and bigger as desert racing is a big thing in Australia. The obvious growth can only be good for the championship and shows that AORC are always looking to improve the series.

This season, how have you felt? Moving up to the E3 class you’ve enjoyed being on the 500?
Loving it, the bike is unreal. We had a bit of a slow start getting the set up right and had a few glitches. We have pretty much nailed that now on the back of a lot of testing to get the set up to where I wanted it. A few new parts took some time to get adjusted too as I was so comfortable with my set up last season, but we made some big improvements just prior to the A4DE. We are now half way through the season and we are getting better and better which is the best thing, our team keeps working to make it better we aren’t just settling for what we have. It’s the best thing about our team at KTM we are all working together, and the results are starting to show. We have the most motivated team out there, and I’m putting everything I can into this, so we can finish at the top when it comes to the pointy end of the season. 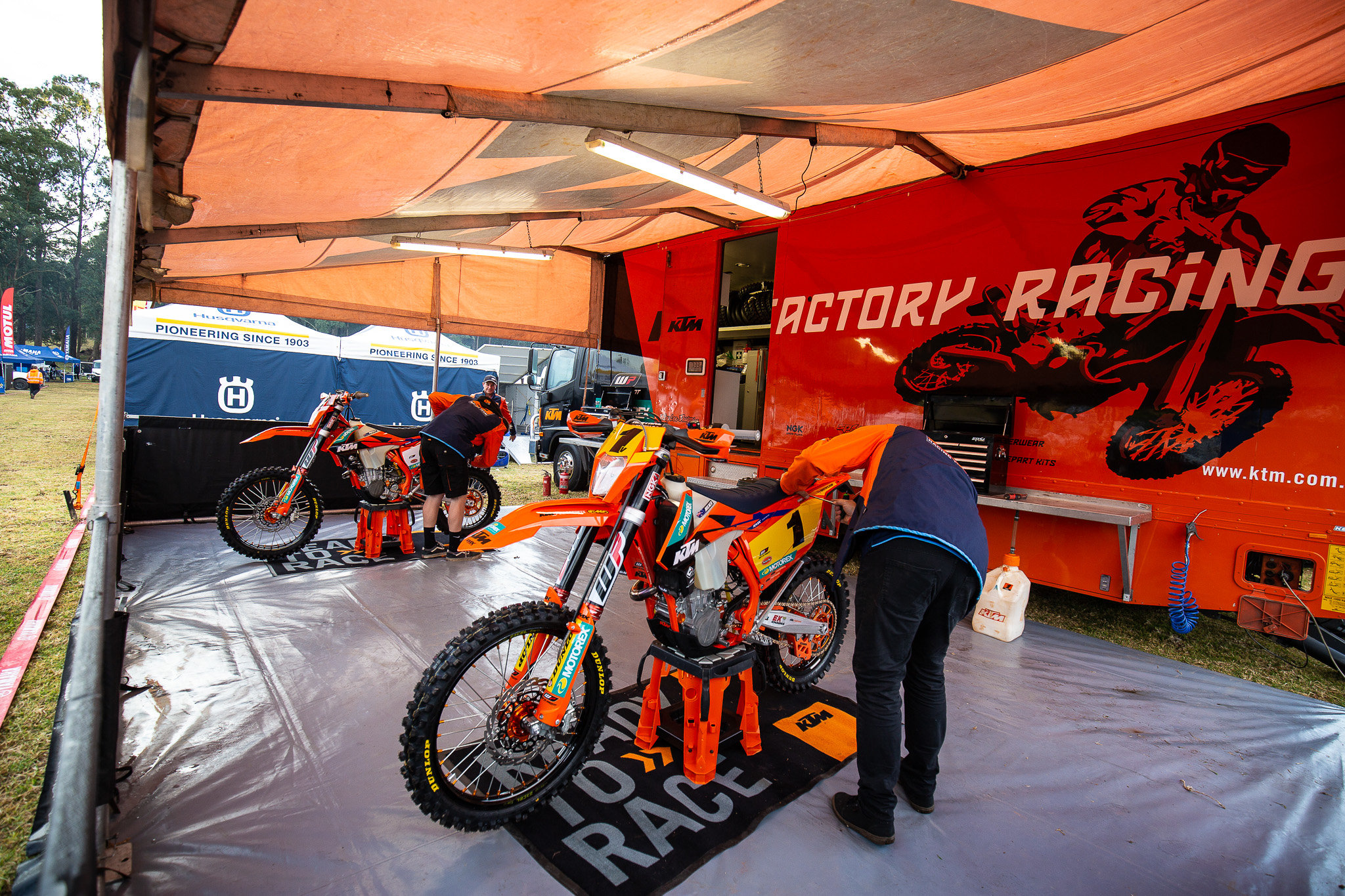 To see the schedule for Round 7 at Broken Hill, NSW click here.
Entries for Round 7 are now open, Click here to enter.