Daniel Milner has taken out the first ever Yamaha Australian Off-Road Championship (AORC) desert cross country, collecting the E3 class victory alongside the Silver City Desert win. Milner was a man on a mission this weekend, not putting a foot wrong on his way to the E3 win here at Broken Hill, NSW.

In the testing conditions Daniel Sanders continued his undefeated season in E2, putting his Husqvarna clear of the field yet again.

The longer format had many people thinking Luke Styke would be put to the test, but the Yamaha rider quickly put that to bed as he took another E1 victory.

Michael Driscoll has kept his back to back title quest on track, after taking the win but this round wasn’t all smoothing for the Yamaha rider.

E3
Milner and his KTM looked to be absolutely loving the desert conditions here at Broken Hill, NSW. Starting from first after yesterday’s prologue, Milner got out of the blocks quick and didn’t look back. Milner’s quickest loop of 28:11.401 was the quickest of the day and set him up to finish the eight laps in 3:49:56.173.

Milner enjoyed the desert conditions here at Broken Hill; “The conditions were tough, but I really enjoyed the challenge of this cross country. It was great to take the win in the first AORC desert cross country and a big thanks to my team here at KTM,” finished Milner.

Lachlan Stanford was once again the man in second position, pushing his Husqvarna throughout the four hours, clocking in a time of 4:02:10.543.

Rounding out the podium was Andrew Wilksch, Wilksch will take great positives from this round as it was his first ride of the new Sherco 500. The new ride seems to suit Wilksch style as he finished the cross country with a time of 4:08:03.982.

Just missing the podium here at Broken Hill was Gas Gas rider Broc Grabham, finishing just under two minutes behind Wilksch. His time at the end of todays cross country was 4:09:47.236.

E2
After a tough day at the office in yesterday’s prologue, Daniel Sanders turned the tables to continue his undefeated E2 season. Sanders put his Husqvarna machine to work out in the dusty conditions to take the win and extend his points lead after clocking a time of 3:50:44.075.

Sanders was content to end the race with the win “Todays conditions were pretty gnarly and I’m happy to once again take the win and come away from the weekend safe and sound. Massive thanks has to go the team at Husqvarna for all their work helping me get through the four hours today,” said Sanders.

After just missing out on the quickest time in yesterday’s prologue by just 0.02s, Lyndon Snodgrass grabbed second place on his KTM. Snodgrass was in an early battle with Sanders as the pair put in some quick laps. Snodgrass still managed to finish in second place after receiving a five minute penalty for deviating off the course, giving him an accumulated time of 3:57:04.762. .

Leading the way for the privateers and landing on the podium for the first time in season 2018 was Riley Graham. The conditions were right up Graham’s alley and he took full advantage, registering a 3:58:15.058.

As a desert specialist, Nathan Trigg joined the AORC paddock on his Sherco and landed in fourth position with his time of 4:02:52.094. Round out the top five was Stefan Granquist after stopping the clock at 4:04:21.042. 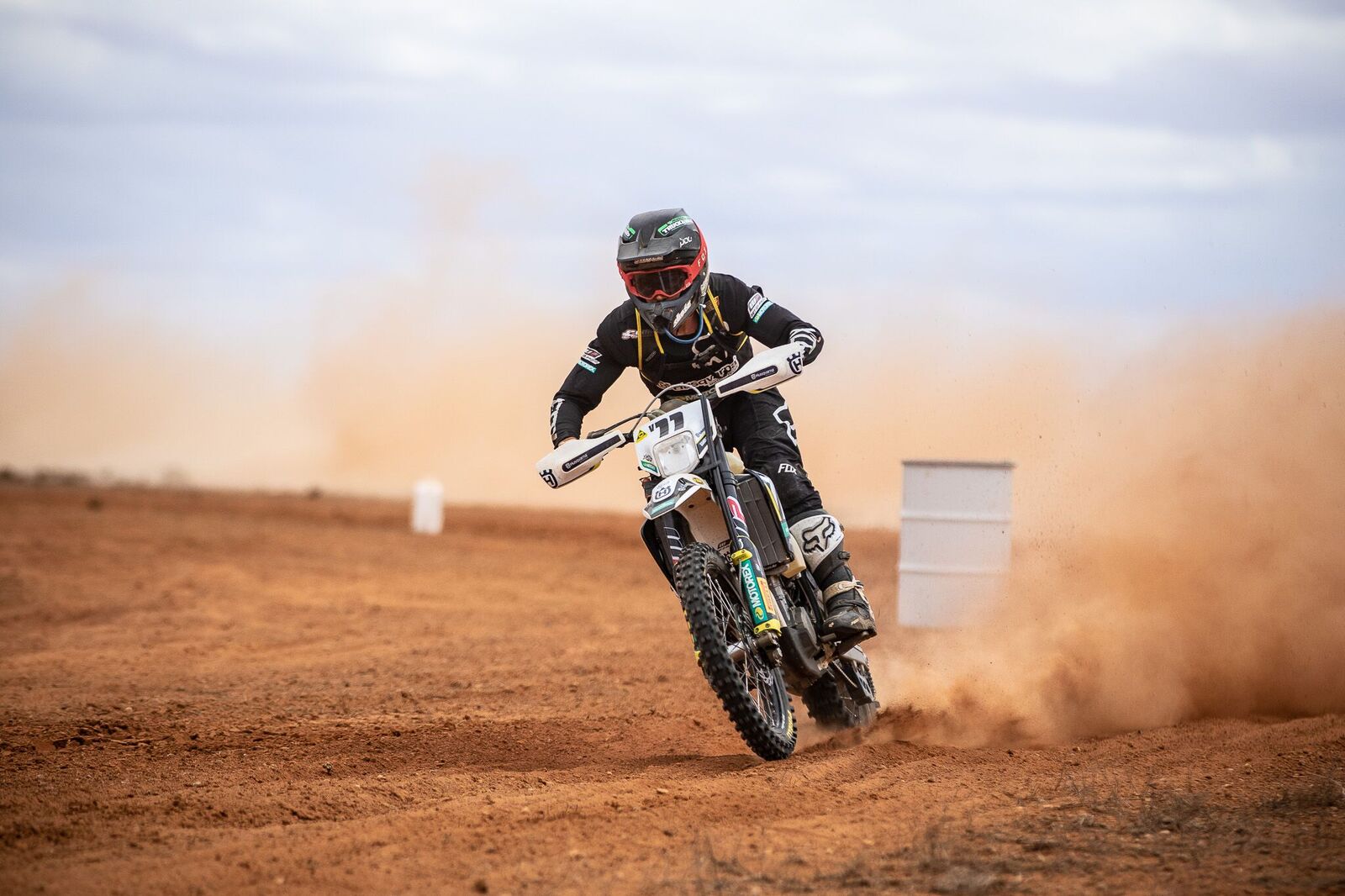 E1
Styke continues to show people that he is indeed one of the best enduro racers in Australia, once again taking the E1 victory in a format that is very different to anything he would of faced before this year. Styke had great speed from the first lap and continued throughout, his fastest loop of 28:49.742 made him the only E1 competitor to register a time in the 28-minute mark. His overall time of 3:56:10.428 handed him a comfortable victory.

Continuing his great form in the E1 class was Husqvarna’s Fraser Higlett who was once again on the podium in second position. Higlett put in a solid effort over the duration to come away with a time of 4:01:26.354.

The last spot on the podium went Frenchman Jeremy Carpentier on his Yamaha, dealing with dry dusty conditions, Carpentier found a way to make it work. His time of 4:11:10.128 was enough to grab third for the day in E1.

Just missing the podium was Brad Hardaker on his Yamaha, Hardaker had the pace to compete for a podium spot but just consistency was missing for the Yamaha rider. Plenty of positives to take from the weekend after registering a 4:12:24.768.

Rounding out the top five was Peter-Daniel Allan on his Kawasaki, ending the cross country with a time of 4:06:13.923, after completing seven laps. 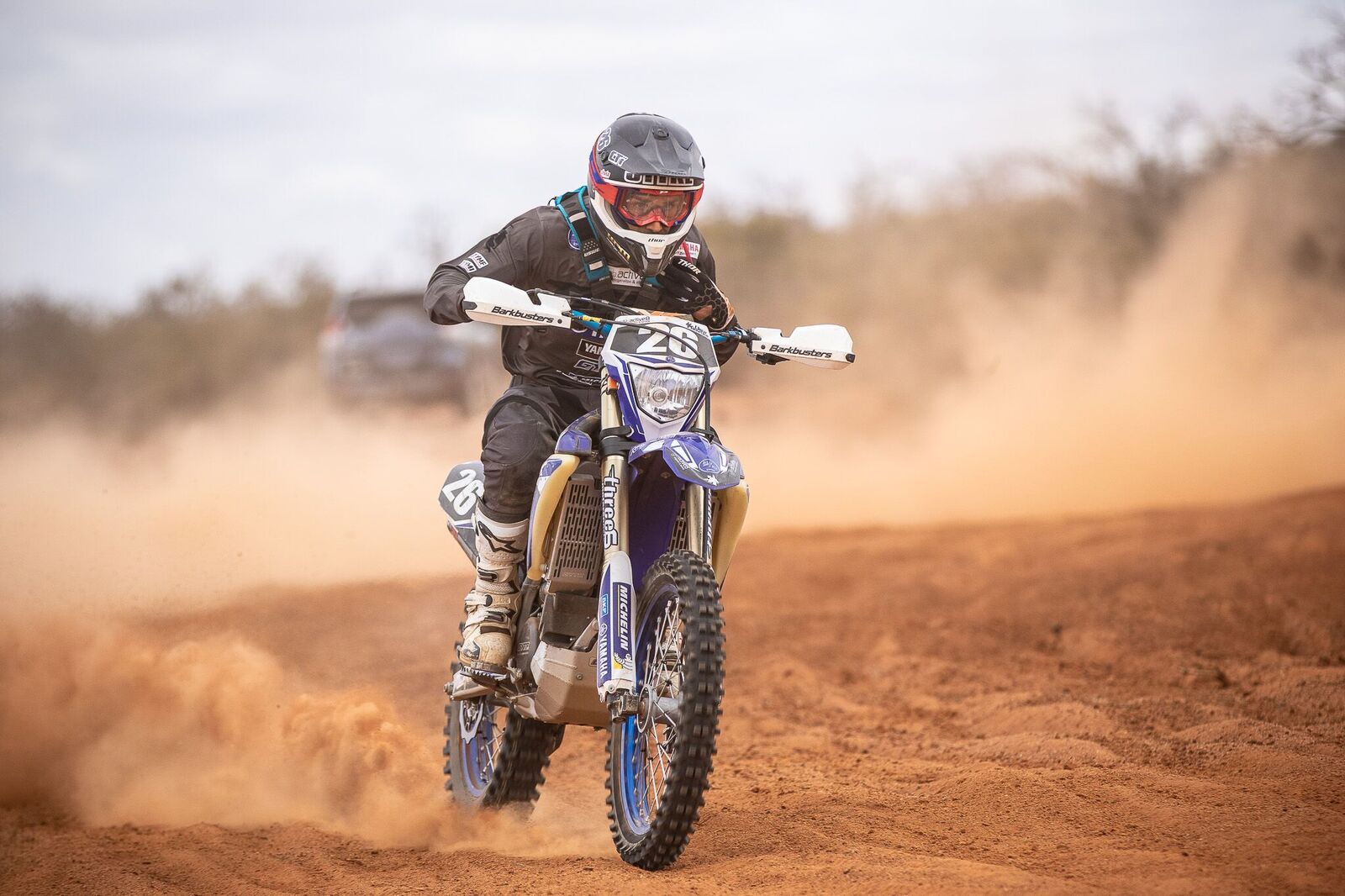 EJ
In a season that has had many issues for Driscoll to date, Broken Hill almost threw a spanner in the works for the undefeated Yamaha rider. After a mishap during his prologue lap, things were looking up at the start of the cross country as Driscoll got off to a flyer. On lap four Driscoll hit a log and his gear lever was stuck in fourth gear, his team replaced his clutch a few laps later but Driscoll had to battle to the line. He did enough to remain undefeated with his time of 4:12:37.458.

Joshua Brierly continues his great first senior season after jumping up from J4, aboard his Husqvarna he clocked a time of 4:14:43.722.

Qualifying second fastest after yesterdays prologue, William Price carried his prologue pace into the race and grabbed the final spot on the podium. A time of 4:19:59.933 was enough for third position.

Just off the podium was Mitchell Brierley, who like his brother Josh has made the step up and is managing good results. His time today of 3:45:31.193 over his seven laps handed him fourth.

Rounding out the top five was Harrison Teed with his time of 3:48:27.672 after he completed seven laps. 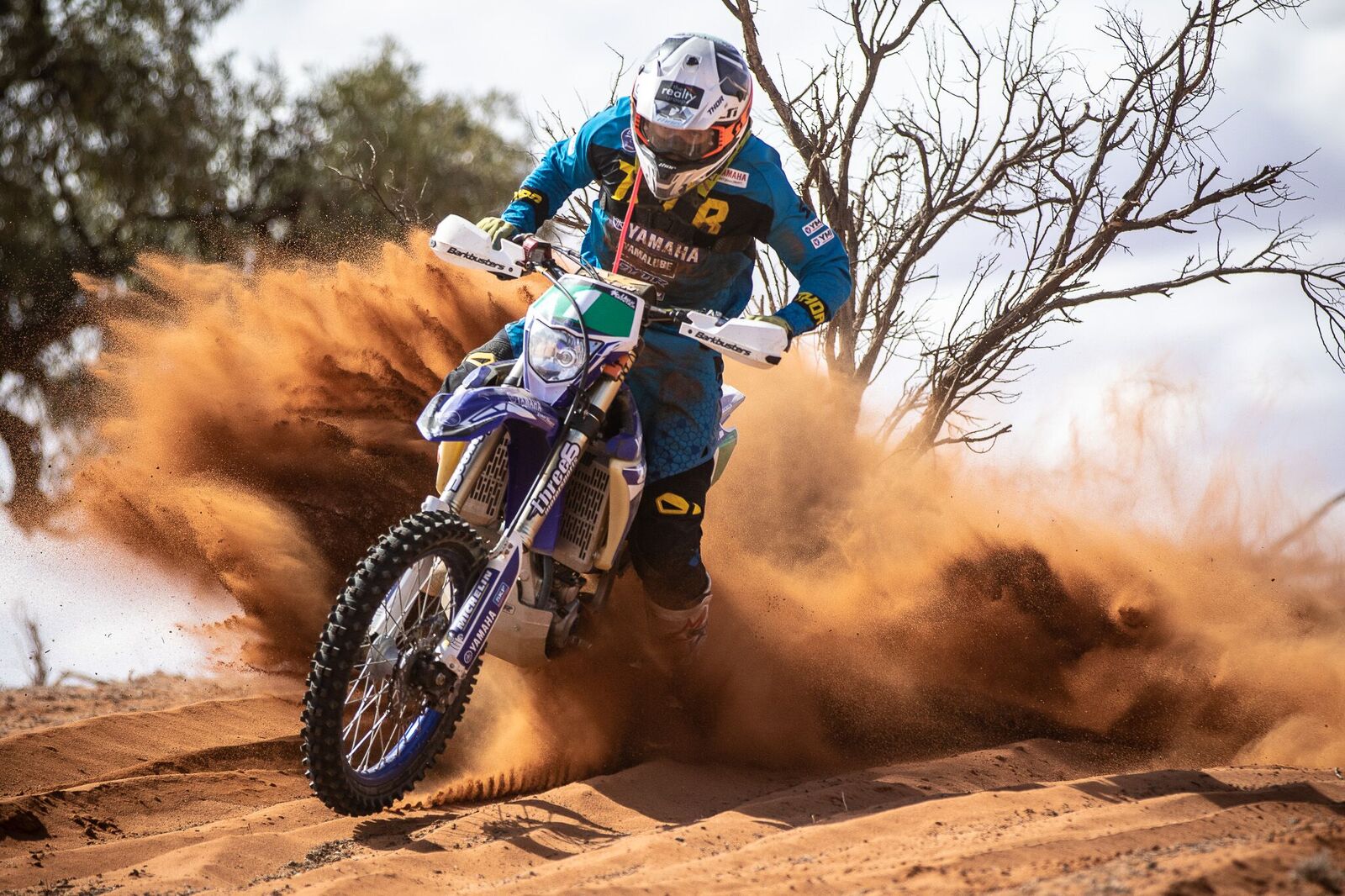