The 2017 Yamaha Australian Off-Road Championship (AORC) is set for an epic final showdown between title contenders across multiple Off-Road classes at Omeo, VIC (August 5-6). Rounds 11 & 12 will marks the very last instalment of the AORC championship for 2017, and with so much to play for, we give you the inside line of all you need to know.

This weekend will feature Cross Country format on Saturday and a Sprint on Sunday. (For more information on these formats, visit the AORC website for a full breakdown). Omeo tracks will feature plenty of off canvas flat grass coupled with rocky and scrub laden technical tracks.

Omeo is a small alpine township, nestled in the Victoria high country, on the Great Alpine Road, East Gippsland. Omeo is affectionately known as the ‘City of the Alps’ with many historic weatherboard buildings remaining in the town and is the commercial hub for the region.

The AORC paddock will be treated to picturesque scenery as the competitors do battle this weekend. Omeo has welcomed the AORC with open arms, including large welcome banners for the AORC all throughout town.

The AORC is set for a decisive weekend for the numerous classes as title battles heat up, and there are plenty of interesting and important stories to look out for. Up to 250 AORC competitors will take to the track over the weekend – an impressive number of competitors for any Enduro.

Once again, together with the Yamaha AORC, riders including; KTM Enduro Team’s Daniel Milner, Lyndon Snodgrass, Emelie Karlsson, Tom Mason and Stefan Granquist visited the local Omeo Primary School this morning to provide students an up close look at several bikes. The students were ecstatic to receive a visit from the Off-Road competitors and were very curious about the championship. 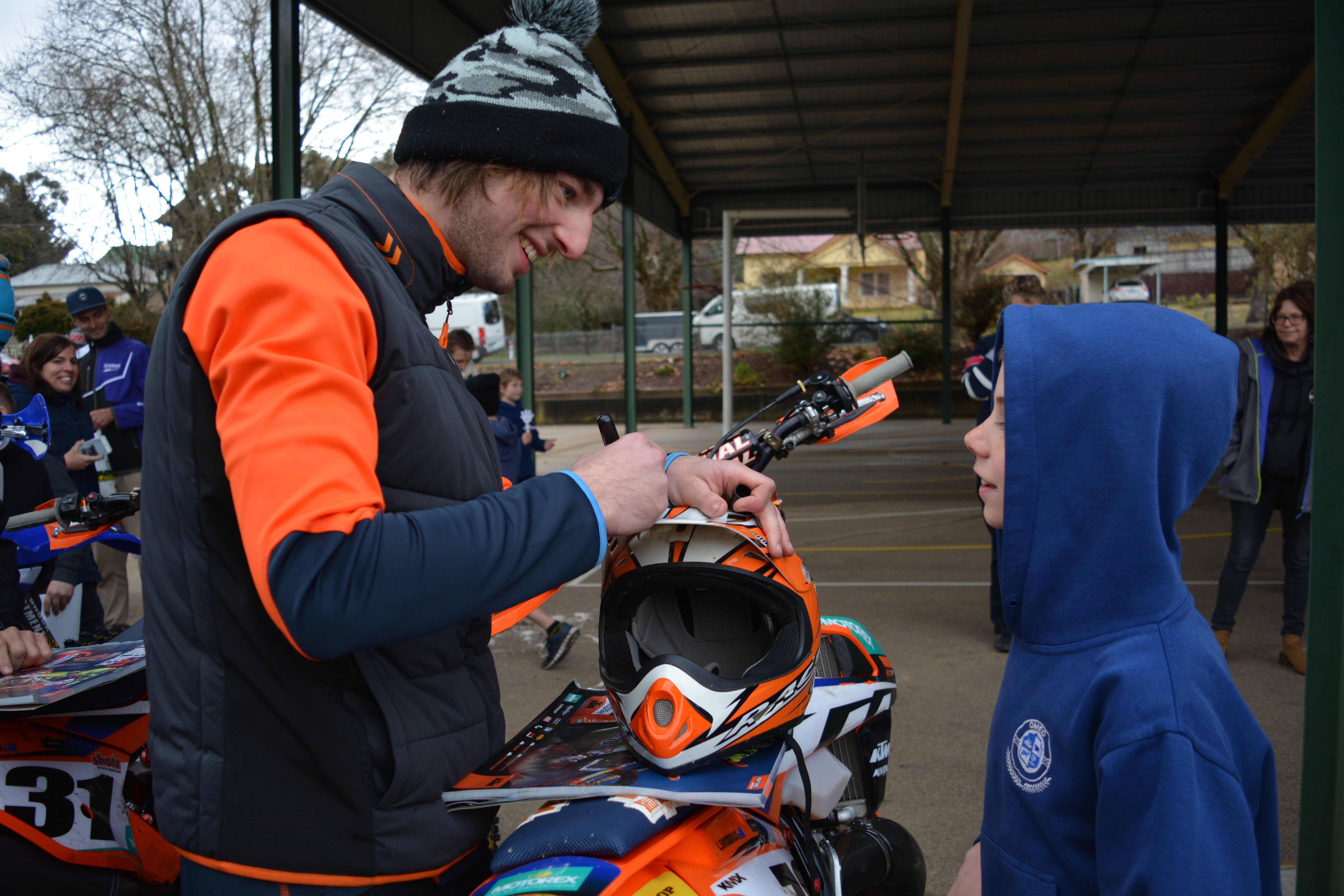 With the Omeo rounds marking the final championship showdown, we analyse the current standings in the title fights.

In E1 class, the championship is set for a battle between Active8 Yamaha Yamalube Racing Team’s Wil Ruprecht and Scott Keegan of the Snap Fitness Yamaha Team. After an unfortunate DNF back at Kyogle, Keegan now finds himself on the back foot. This weekend, there are still 50 points up for grabs, however if Ruprecht can keep the consistency we have seen throughout this season so far, he will be crossing the finishing line as E1 champion. Currently, 33 points separate the two heading into the final rounds.

Over in E2, KTM Enduro Team rider Daniel Milner simply needs to finish in a respectable points position to seal the deal. It has been a year to remember for Milner, sensationally winning every race so far. Will he claim a clean sweep in 2017? Active8 Yamaha Yamalube Racing Team’s Josh Green, would love nothing more to stop the Milner onslaught and will be eager to get on the winner’s board before the season is out. 28 points separate the pair heading into the weekend.

The E3 battle between Husqvarna Enduro Team’s Lachy Stanford, and KTM Enduro Team’s Lyndon Snodgrass has been one of the most epic and tightly contested all-year. Although results seemed to have swayed towards Stanford in recent races, Snodgrass is more than capable of turning the tide to win the E3 title. Only six points separate Stanford and Snodgrass.

The Under 19’s Transmoto EJ class will be focused on the battle between Fraser Higlett and Michael Driscoll. As it stands, only two points separate the pair heading into the final rounds. There is plenty of intrigue to see whether the Motocross star turned Enduro rider, Driscoll can win in his first full season of AORC, or will the established Higlett remain cool and collected to become champion? It’s all to play for!

The AORC is extremely grateful to the township of Omeo for its hospitality and looks forward to seeing just how the remaining two rounds of the championship play out!

Don’t forget to check out the AORC’s website at aorc.org.au 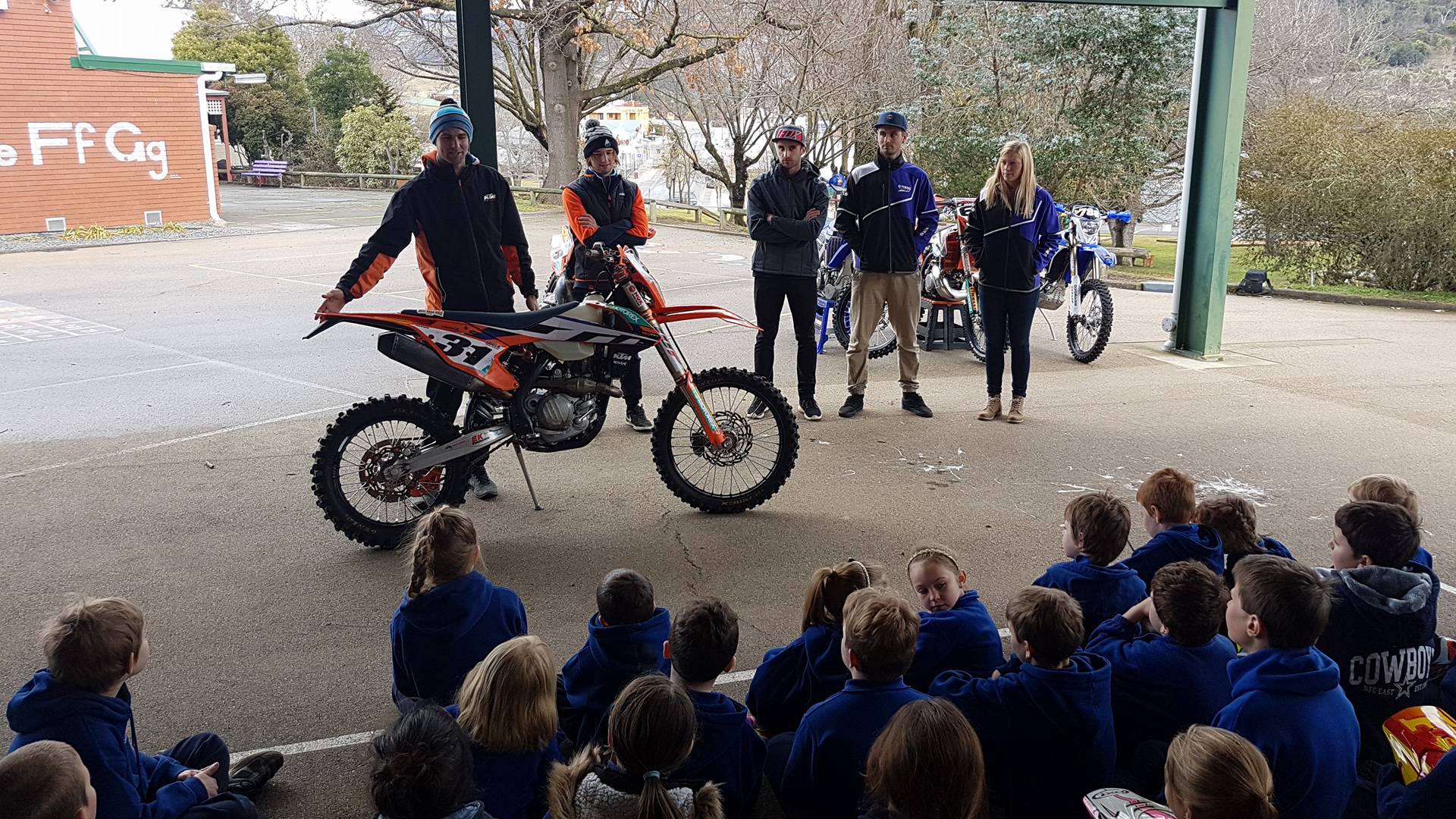