With round 3 & 4 of the 2018 Yamaha Australian Off-Road Championship (AORC) approaching fast, AORC takes you back to the last time the Championship ventured to Hedley, Victoria.

The conditions on the Saturday were testing with torrential rain pelting down all day and the riders faced muddy conditions throughout the Cross Country. The sun came out on Sunday but the rain from Saturday had left its mark, as the riders battled through treacherous condition in the sprints. 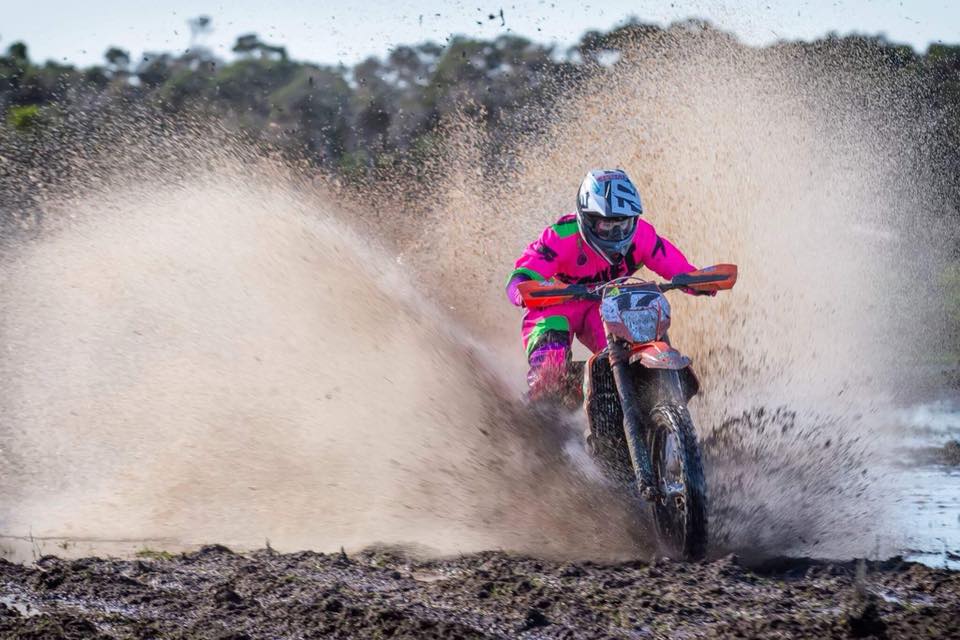 Daniel Sanders was the man to beat aboard his KTM, taking out the E3 class, whilst his team mate Tye Simmonds also enjoyed the conditions winning E2. Jack Simpson took out the E1 class in his first year after making the cross from motocross. Andrew Wilksch put his Suzuki on the top step of the podium in the EJ class, whilst Tegan Hall took out the Women’s category.

There were some noticeable absents at the 2016 Hedley rounds, with 2017 E2 Champion Daniel Milner missing the round as he was in America competing in the Grand National Cross Country (GNCC). 2015 E1 Champion Josh Green also missed the round through injury after making the step up to E2 for season 2016. The pair will be returning in 2018 with Milner competing in the E3 class aboard the KTM Enduro Racing Team and Green will be back in the E2 class aboard the Active8 Yamaha Yamalube Team. 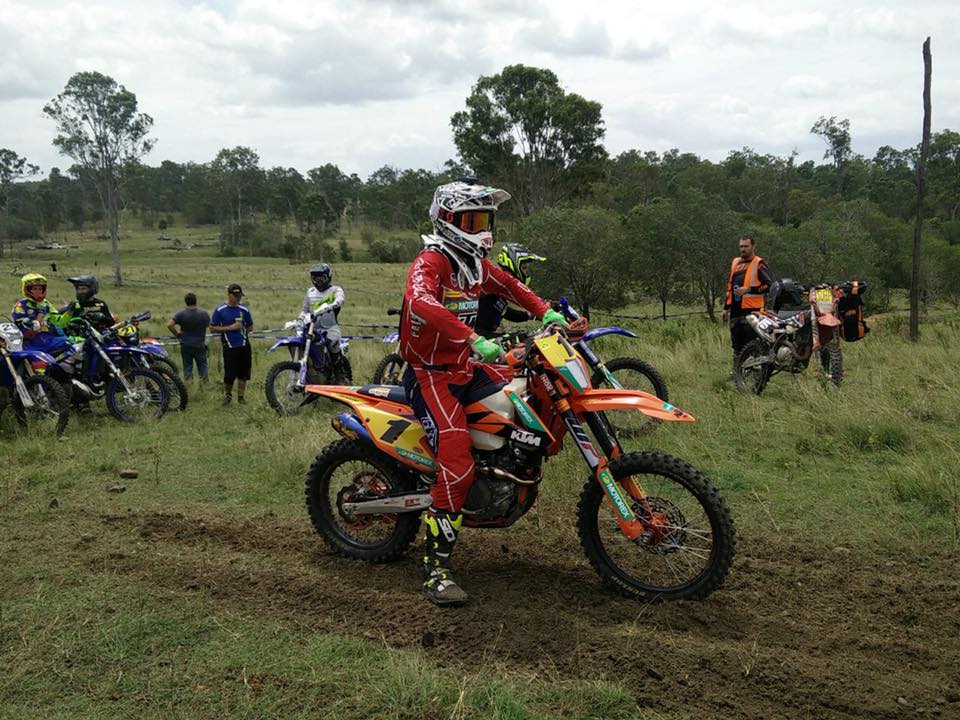 Sanders will return to Hedley where he took out the E3 class aboard a KTM, but in 2018 he will be on the Husqvarna Enduro Racing Team. Andrew Wilksch will be back, but he has made the jump from EJ to E3 on the Motul Pirelli Sherco Team. Will Ruprecht has made the move from Sherco to the Active8 Yamaha Yamalube Team since his last appearance at Hedley. Lyndon Snodgrass will also be in new colours for this trip to Hedley as he has moved from Husqvarna to the KTM Enduro Racing Team as has Hollis who has swapped his Yamaha for a Suzuki.

Who will take out round 3 & 4 at Hedley? Riders will face a Cross Country on Saturday and then on Sunday it will be the battle of the Sprints.

The return to Hedley for rounds 3 & 4 of AORC is only 16 days away, entries are still open click here, as always to stay up to date with all the happenings of the 2018 Yamaha Australian Off-Road Championship by visiting the brand new AORC website at www.aorc.org.au! or by following the AORC on Twitter and Facebook as well as @aorc on Instagram. 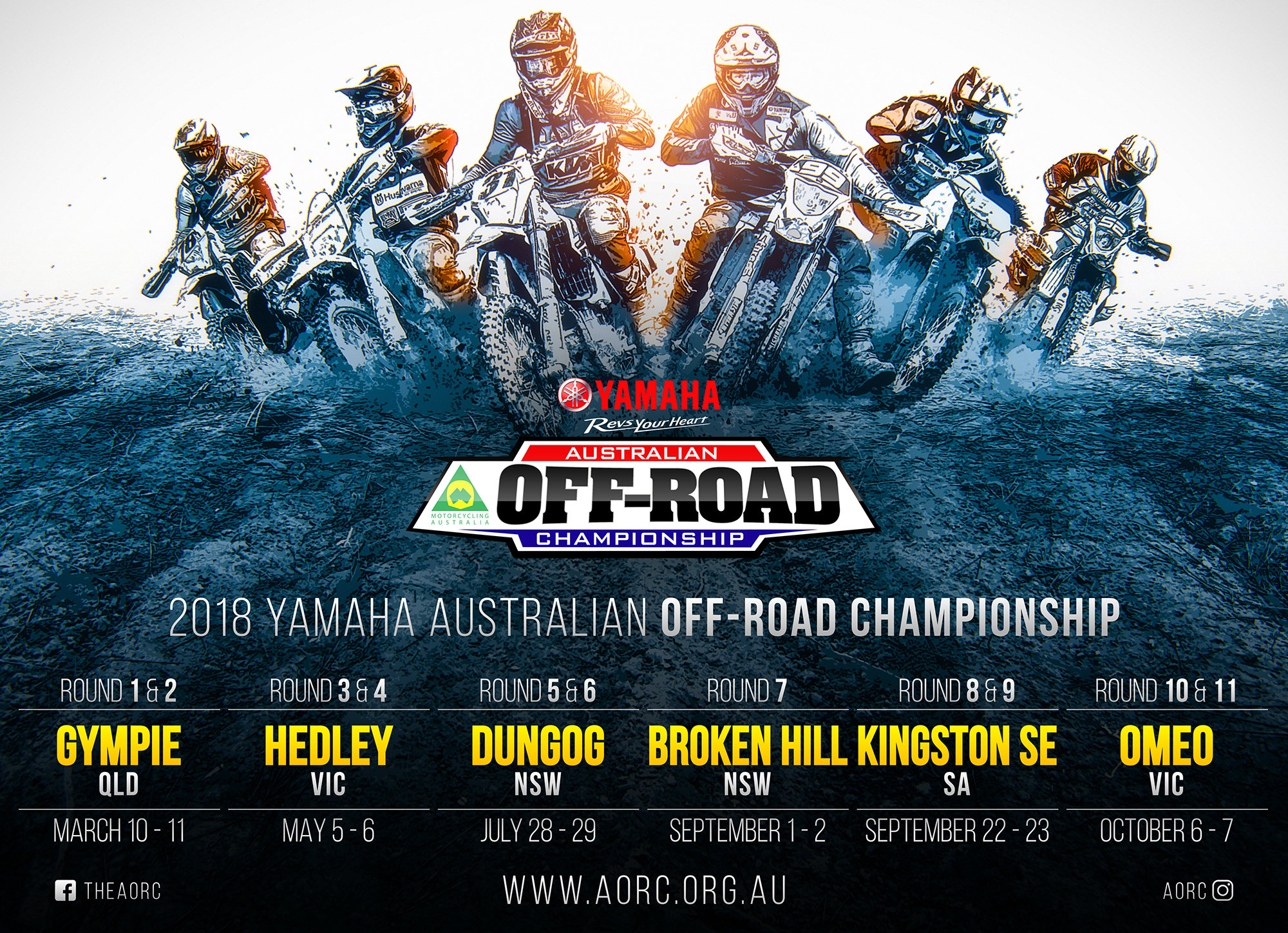