After a strong performance on the final two gruelling days of the International Six Days Enduro (ISDE), Australia have come in second place behind the host nation, France. It was a dominant display by the French Team throughout the week and were simply unstoppable on their home turf. Australia were the World Trophy team winners on the sixth and final day of the 92nd running of the ISDE. Finishing with a collective time of forty-three minutes and twenty-seven seconds, Australia placed thirty-two seconds ahead of third placer, Finland.

Team Australia were gallant in defeat, the French simply too strong and fast on their home soil. With the lead that the French had accumulated in the opening days, it was always going to be a tough ask to reel in the significant lead. Team Australia can be very proud to place second in a highly completive world event. All of the Senior riders were able to finish inside the top 20 and make up ground in the Final Moto.

Josh Green had a phenomenal start and managed a position as high as third, although he would drop back one spot to fourth when Garcia managed to overtake him on the first lap. After battling hard, Green was able to hold fourth spot with amazing consistency. The fourth place had Green finish seventh in the E1 class. Green would finish overall 18th in the standings. 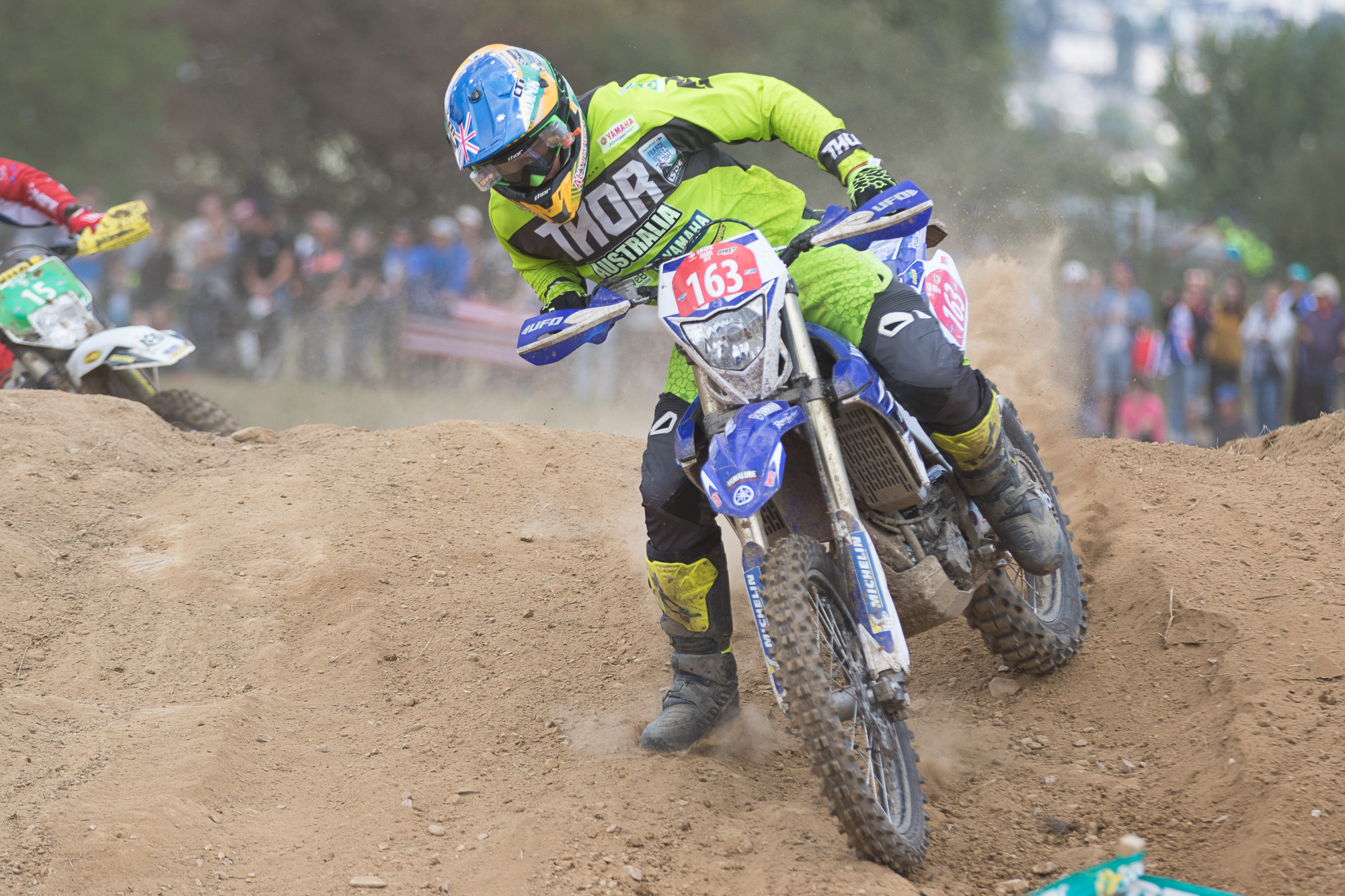 Daniel Milner got off to a respectable start sitting in 8th, although slowly pegged his way back and was able to make some great passes and take 6th spot. He has been superb all week, leading from the front continuing his form from this year’s Australian Off-Road Championship. He would finish fourth outright and also 2nd in E2 Class by one minute and 32 seconds from the winner. 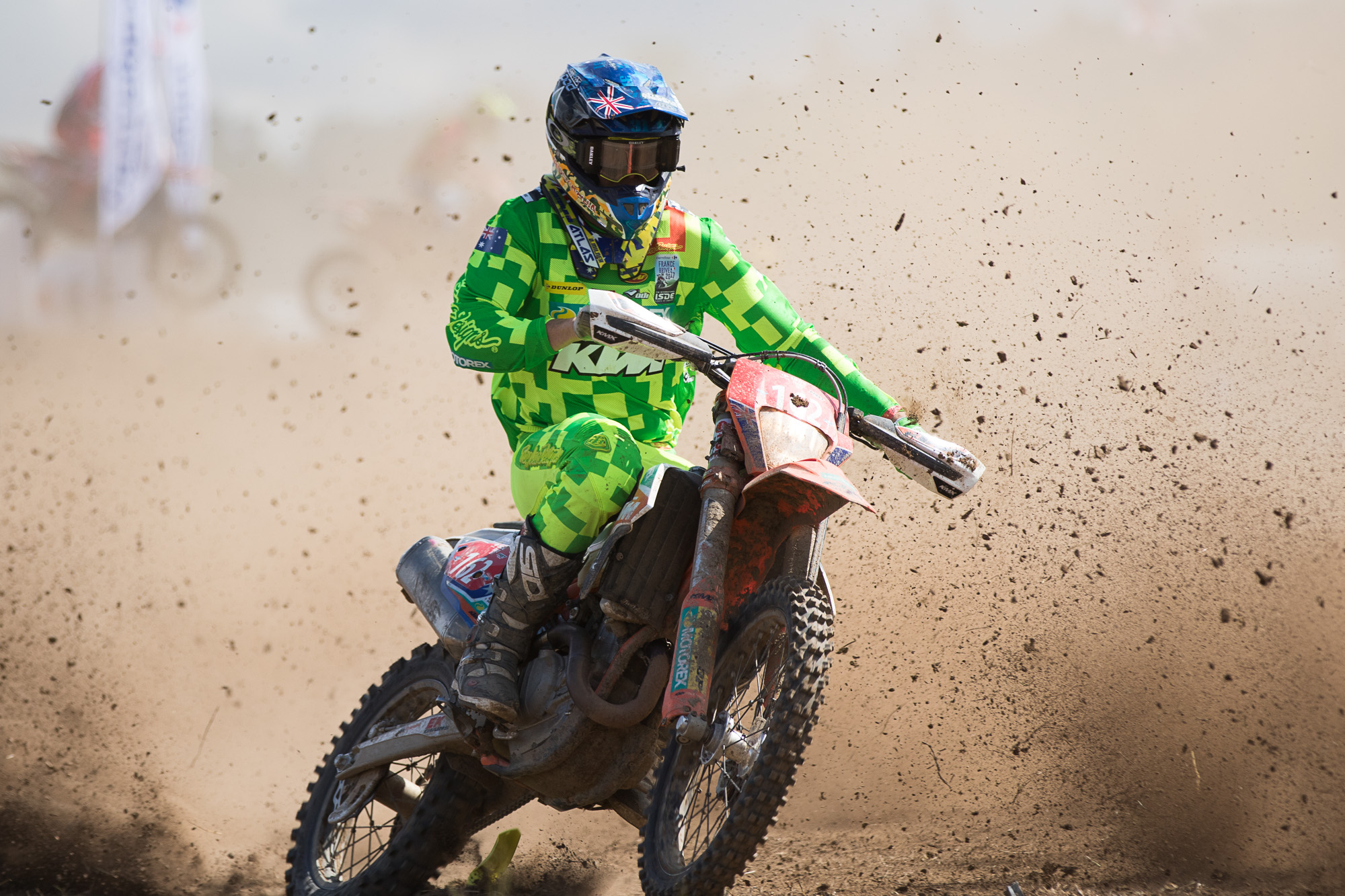 Matthew Phillips and Lyndon Snodgrass made a great start to the Final Moto to sit inside the top five. Daniel Sanders would sit just outside the top 10. Sanders would be able to work his way back into the front and got seventh, followed closely by junior team mate Snodgrass, who secured eighth position. Phillips was very solid and sat fourth for much of the race although slipped back to fifth, where he would finish. Phillips would finally come 19th, Snodgrass (Junior Team) 39th and Sanders 16th outright. Despite Australian Junior World Trophy Team members, Wil Ruprecht and Michael Driscoll not racing after Day One, they have made a significant contribution behind the scenes to help get the job done. MA would like to thank them for their assistance to the team. 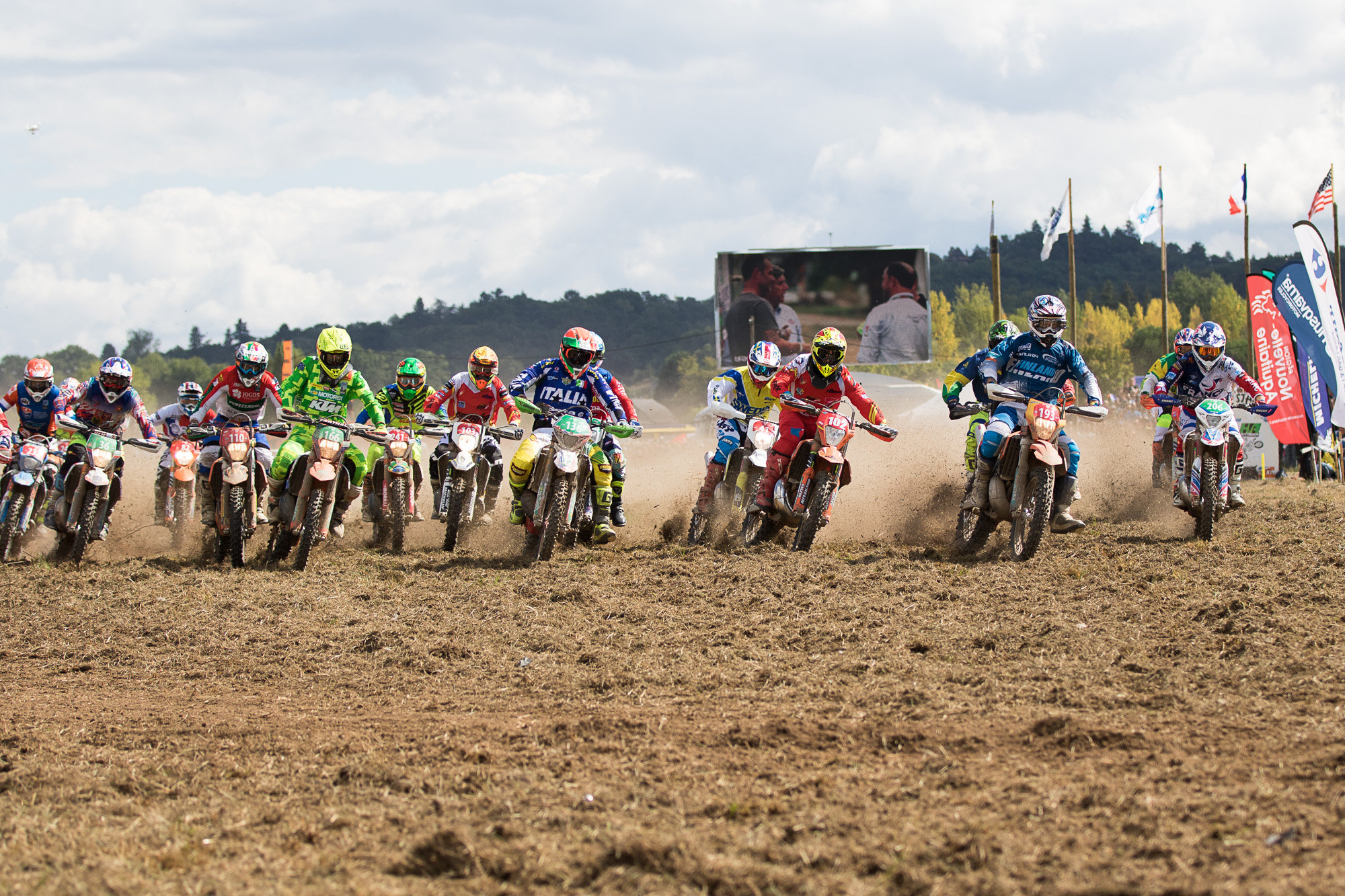 Start of the Final Moto

Daniel Milner; “It went very well for the Australian’s today. We brought home the quickest Motocross times so it was an awesome day for us. Big thanks to KTM Australia for hooking me up with a bike over here. Next year we hope to get a step higher but we had a strong team and put in a lot of hard work. Big thanks to the team for assisting us wherever they could.”

Josh Green; “Today went really well for the Final Moto and I got a very good start. I managed to jump up into fourth which allowed me to move up spots in the outright standings. I’m very happy to see that all the Senior Australian riders finished in the top 20 outright. Can’t wait for next year!” 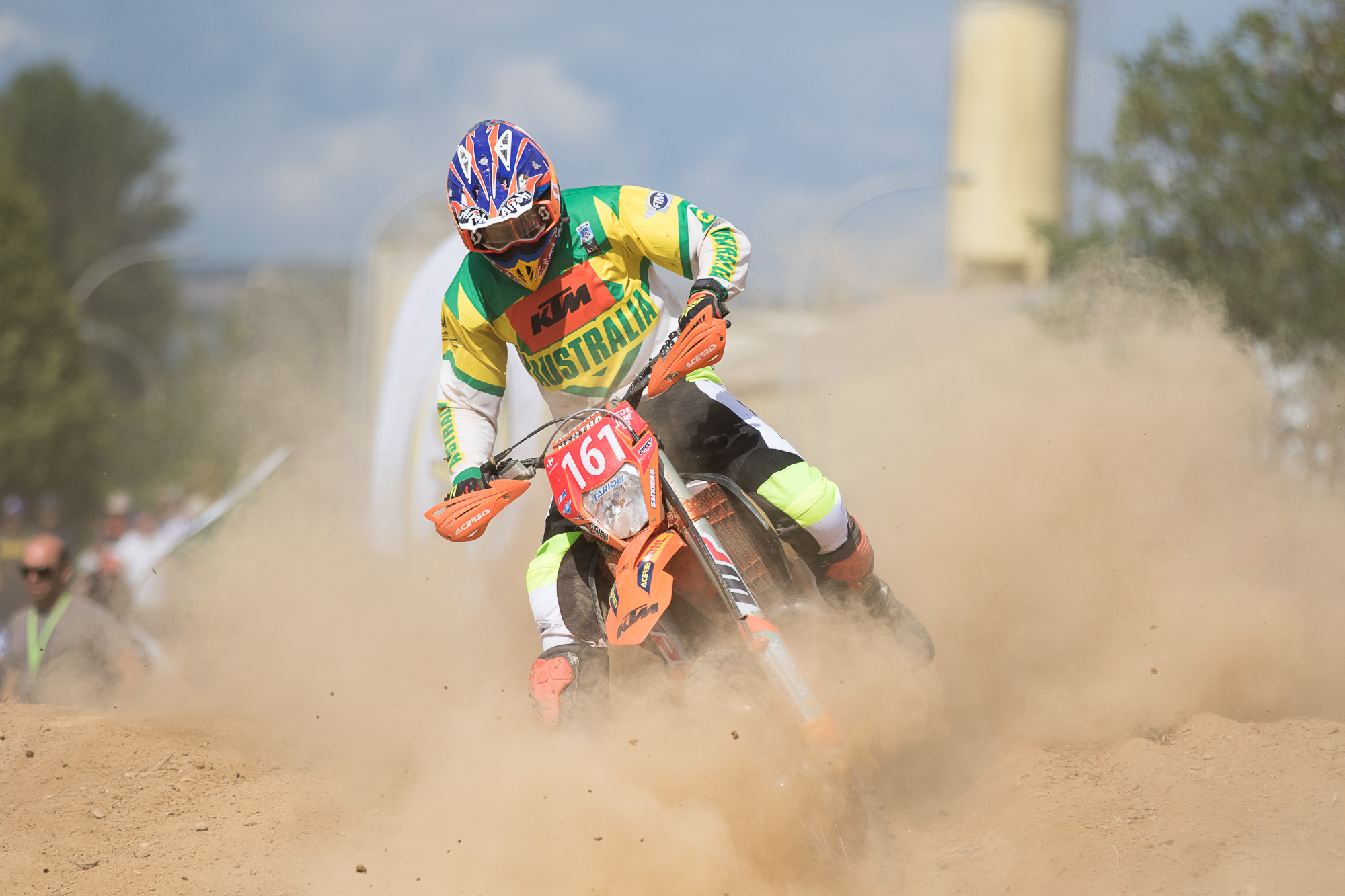 Daniel Sanders; “The ISDE is wrapped up and it’s great to finish. It was a good result considering the injury I sustained. I didn’t want to let the team down so I’m happy that the team got second. We had a bad start in the Final Moto, I caught up with Phillips later on in the race and he let me by to keep an eye on me. We just wanted to make sure that we didn’t lose any time on the Fins. The individual result wasn’t the one we wanted but with the year I’ve had, its good to finish in the top 20 and third in the E3 class. I would also like to thank Motorcycling Australia for getting us over here again and KTM.”

Matthew Phillips; “It was a good day and got off to a great start, I dropped back to fifth by the end but I really enjoyed myself. It’s great to now reflect on the ISDE as a whole and thank all our supporters and fans. Second place for the team is a great result. Everyone really dug in despite a few setbacks at times. We really appreciate all the assistance from the volunteers and team members. I’m really looking forward to coming home next year and it’s great to compete with the Aussies once again. Let’s see what next year brings!” 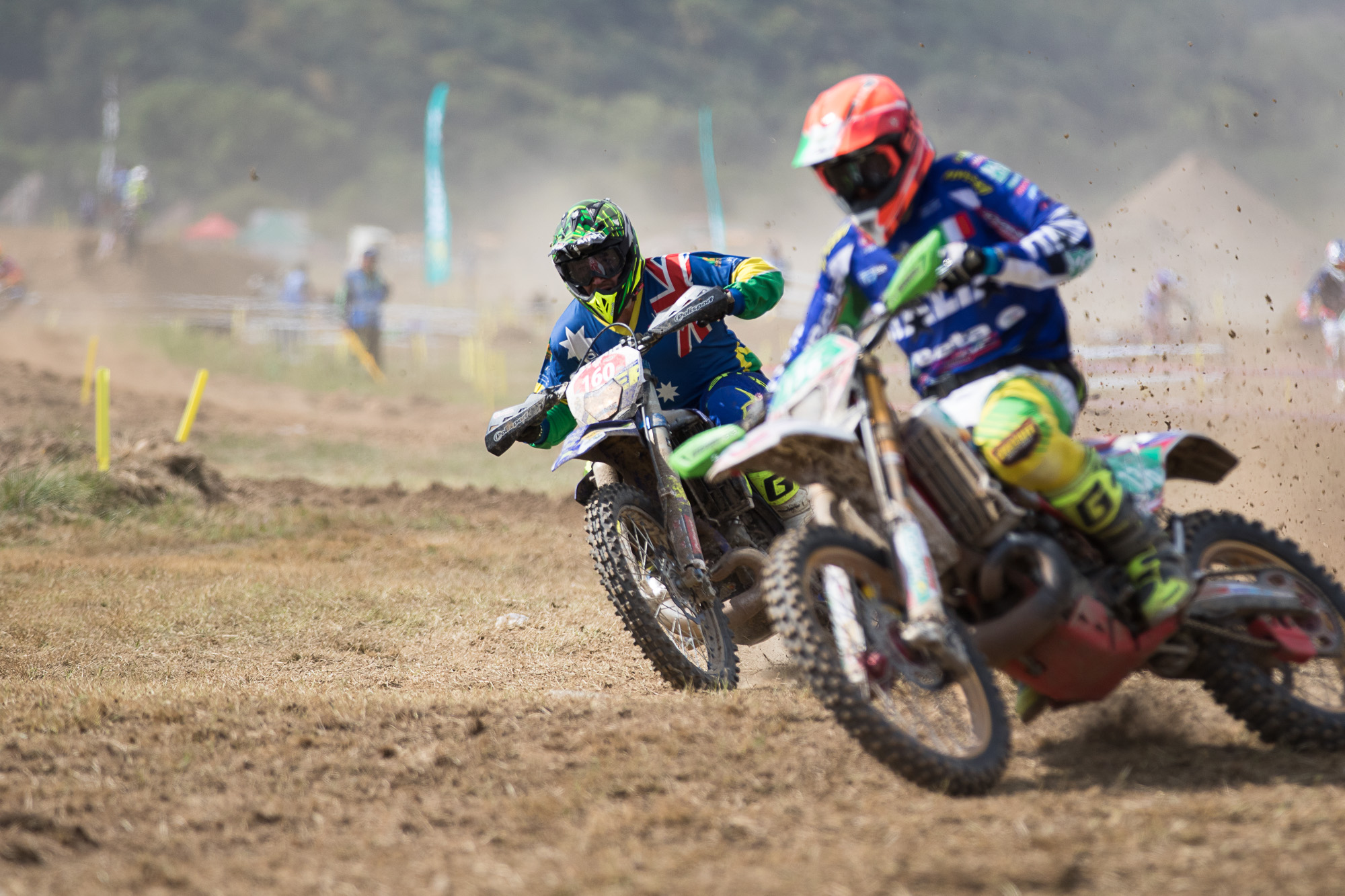 Lyndon Snodgrass; “Just a big thanks to everyone that’s helped me get here over to France to help me race the ISDE, I couldn’t have done it without their assistance. It was a great feeling to cross the finish line and I appreciate everyone’s support to get me here today.”

The Australian Club Team consisting of Scott Campbell, Shane Watts and Ben Kearns finished the ISDE in 24th place. Kearns would finish 20th at the end of Day 6. Shane Watts in 68th place and Scott Campbell in 95th to complete their ISDE campaign.

For the Vintage Class, (made up of Australian Off Road legends and royalty) Geoff Ballard finished a remarkable second, followed by Peter Cave in 38th position. Rob Shoemark was marked as non-classified. 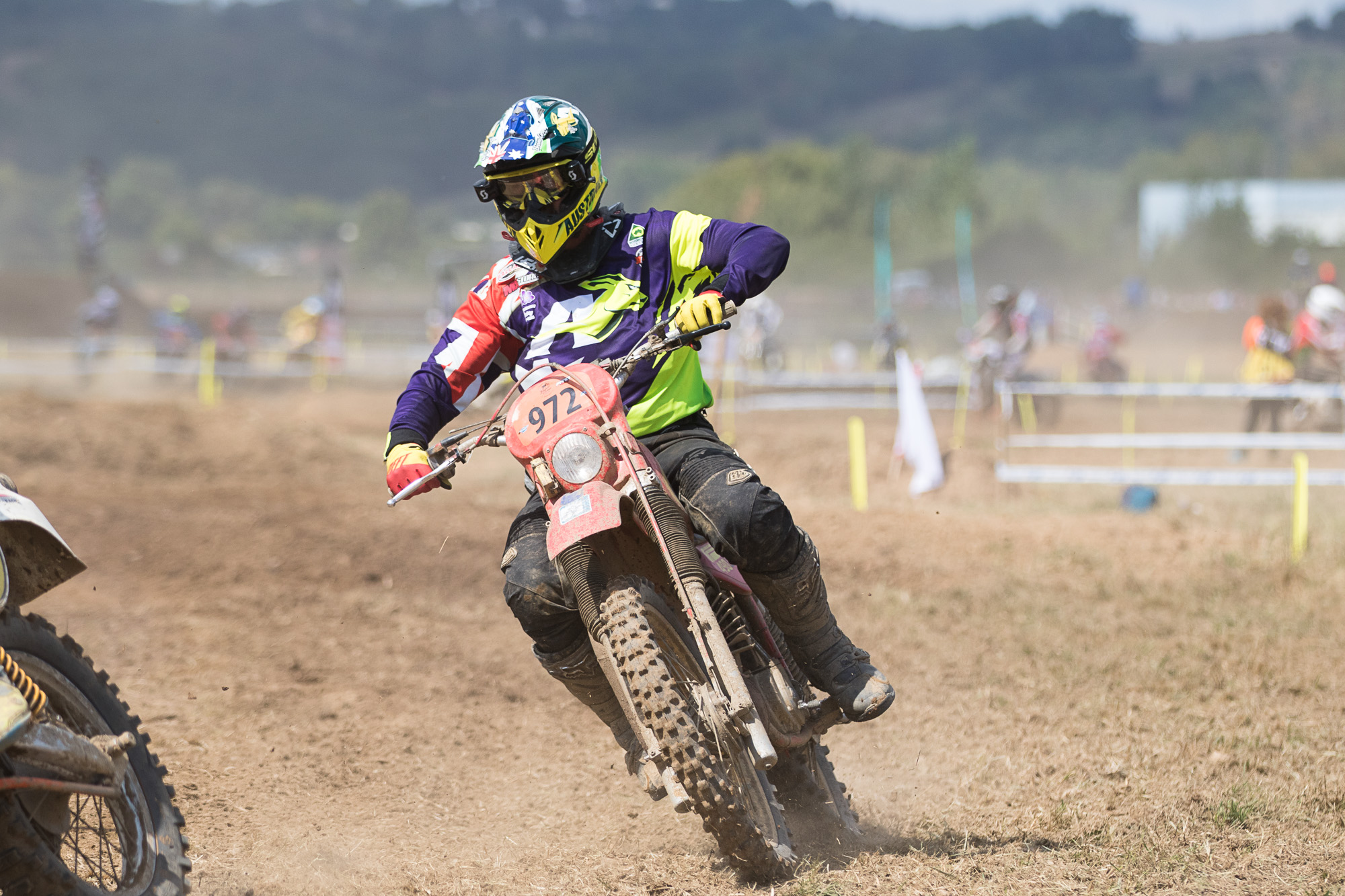 Motorcycling Australia like to congratulate the Australian ISDE competitors on their efforts this year. We would like to thank everyone involved but in particular Team Manager Don Atinks for his efforts as well as Jury Member Chris Gray and Mechanics Trent Lean, AJ Roberts and Alex Bolton. Physio Jess Smith was a significant contributor to the success of the team. Also, a massive thank you to all the supporters as we wouldn’t be able to do it without them.