The Juniors took to the Omeo, Vic circuit here at Round 10 of the Yamaha Australian Off-Road Championship (AORC) in a cross country, that saw Korey McMahon clinch the 2018 J4 title with a second-place finish. Blake Hollis has taken out the J3 title as his rivals both had troublesome races.

A gruelling two hour faced the riders with the sun beaming down it was certainly a battle of fitness around the flowy track. In the J4 class it was Kyron Bacon who led from start to finish on his Honda, making the two-hour cross country look simple as he crossed the line.

Sam Barton was the fastest rider in the J3 class to claim his first win of the season and in the J2 class it was Max Phillips grabbing the win.

J4
All eyes at the start of the cross country were on both Bacon and McMahon as the title could be decided today. Bacon knew he had to win, and McMahon knew a finish in the top three would hand him the title. The race got off to the perfect start for Bacon as he got out of the tight first turn in the lead. From there it was all about consistent lap times and that’s exactly what the Honda rider did, ending the race with a time of 1:55:29.913.

With Bacon clearing off out in front early McMahon took his foot off the gas and steered himself home to second and the title, with his effort of 1:58:12.917.

Rounding out the podium was Matthew Pye on his Husqvarna who battled hard with Raife Dooley through stages of the XC, before pulling away to end the race with his time of 1:59.31.108.

Just missing the podium was Dooley with the KTM rider registering a time of 2:00:38.517. 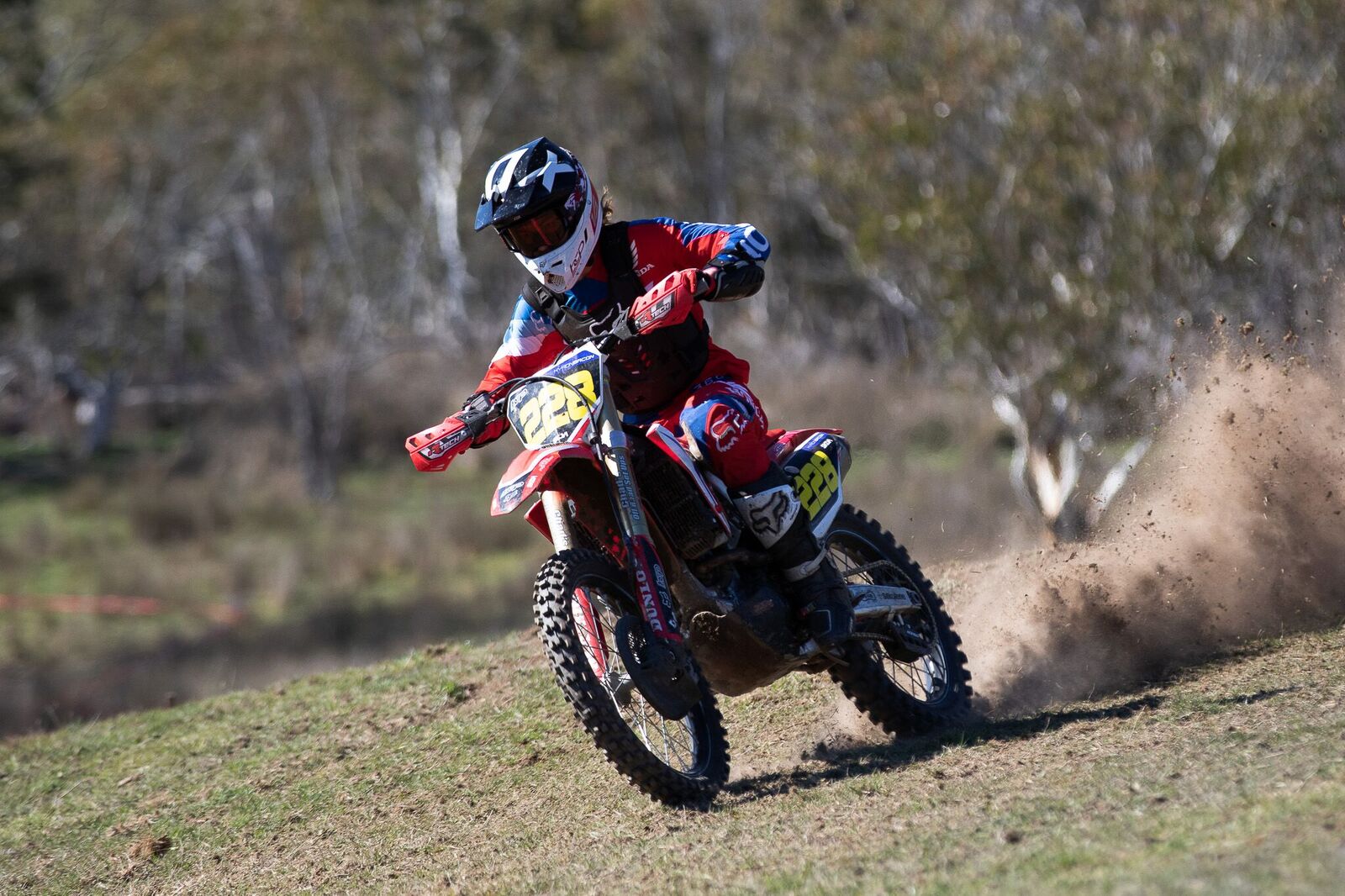 J3
With championship leader Hollis still over in Tasmania with his Australian Junior Motocross duties, the battle for the 25 points looked wide open. The cross-country format puts the riders to the test, and it would be Sam Barton taking the win on his Yamaha. Barton battled through the tough conditions and the physical toll two hours takes around Omeo, ending with a time of 2:07:23.257.

Crossing the line in second position was Oscar Collins on his Husqvarna, Collins was in the mix for the lead for a lot of the race but just didn’t have the speed of Barton. Collins would cross the line with a time of 2:07:45.205
.
The final spot on the podium went to Riley McGillivray who put in a solid two hour of riding to register a time of 2:08:01.072. 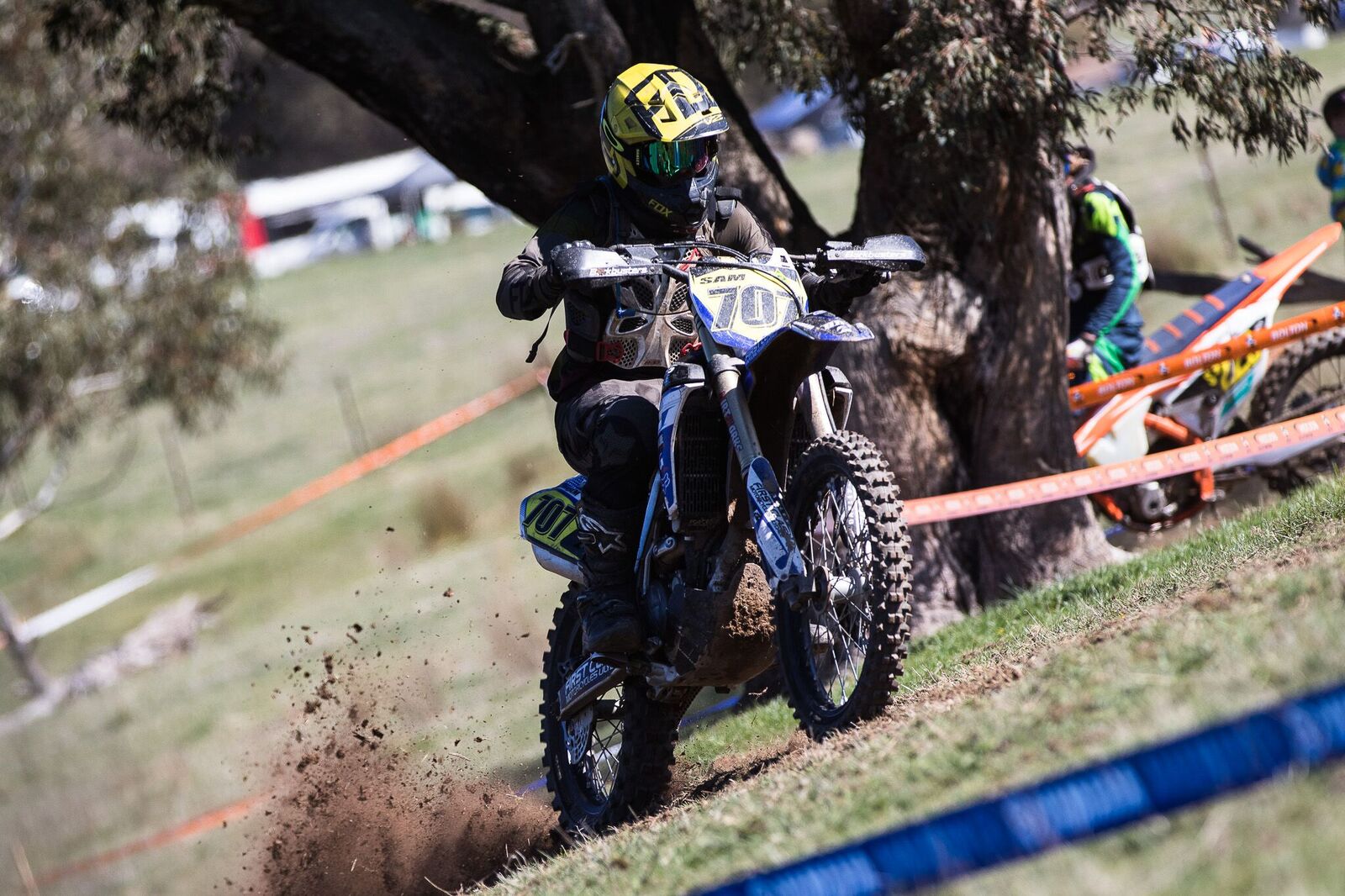 J2
In what has been one of the most exciting classes here at AORC this season, the J2 riders certainly lived up to that again. The battle at the front of the race between Phillips and Kobe Conley was enthralling for stages of the race, but Phillips on KTM would pull away to take the win. Phillips recorded a time of 2:08:05.511.

Conley would have to settle for second on his Kawasaki, but he gained valuable points in the race for the championship that will be decided tomorrow. His time of 2:08:25.201 was enough for second.

Rounding out the podium was Zac Perry on his Kawasaki, Perry enjoyed a battle with current points leader Billy Hargy and the pair took it right to the line. They were even involved in a tangle on the last lap before they both remounted a charged to the line. Perry got the better of the battle with his time of 2:08:48.254.

Hargy had to settle for fourth with his time of 2:08:56.465 but now the attention turns to tomorrow’s sprints with the title on the line. 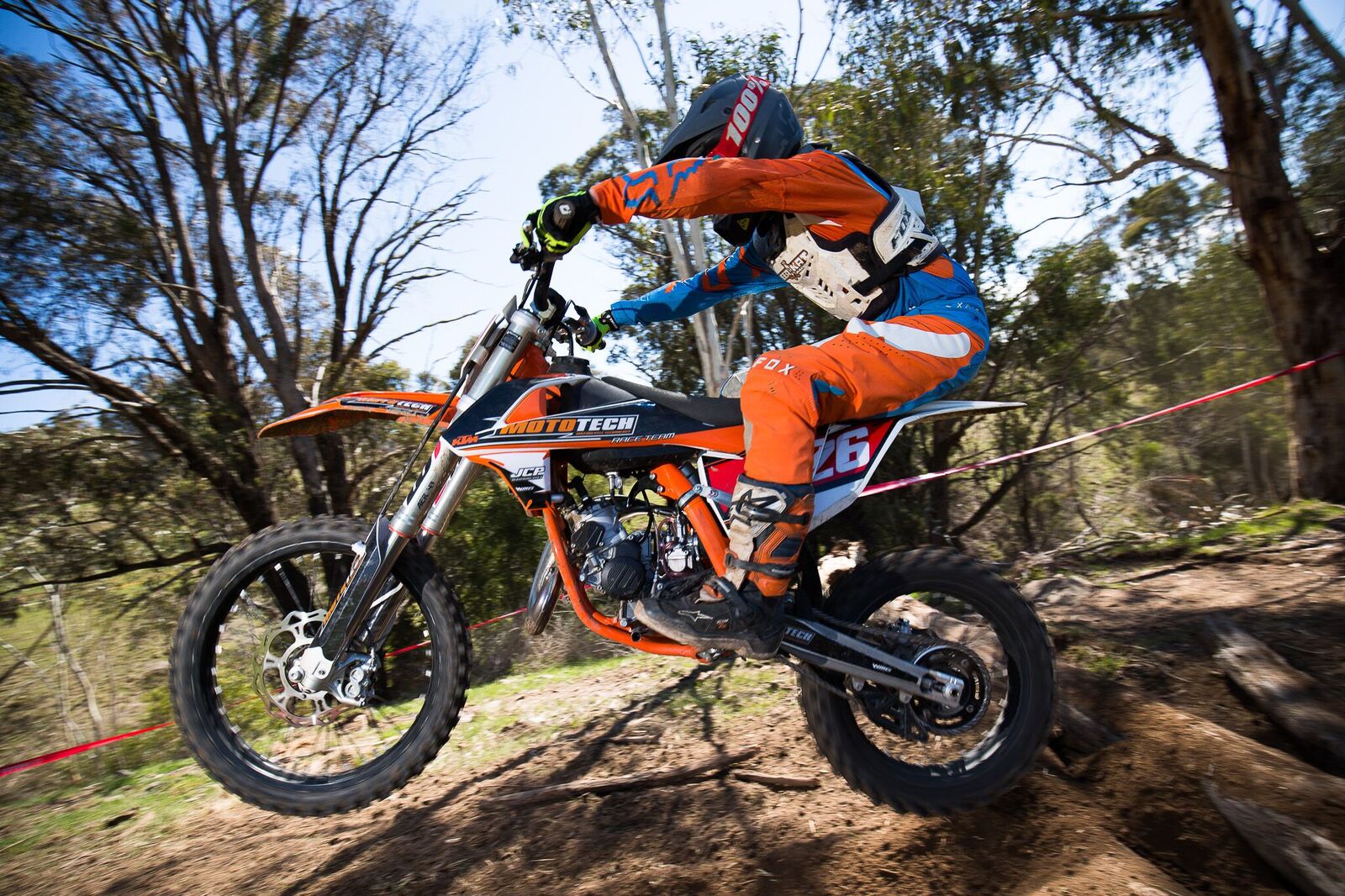 The junior field is back again tomorrow as they go from a cross country to sprints, all eyes will be on the J2 class as the championship will be decided.