The heat seedily rose again today and tests were once again extremely dusty. All members of Team Australia were able to complete the five days as they prepare for the spectacle of the Final Moto tomorrow.

For the Senior World Trophy Teams, the French have continued their strong form and now leave Australia to focus on second place. Even though the Australians made up 30 seconds on their lead, it is still a significant 7:32 m on the clock to make ground on. Australia also managed to stamp their supremacy on Finland today by almost a minute and a half to sure up second spot, which should assist to secure a podium for the 2015 ISDE Champion’s Australia. Milner although losing time in E2 and still sitting second, had another solid day. All of his tests were inside the top eight and his best being 3rd. He still sits fifth outright and continues to push for a higher position. Green got back into a strong position, ending the day just outside the top 20 and also moving up in E1 to seventh position. Despite an injury scare Sanders raced on today and managed to still jump several riders in class, to move into fourth in E3, as he attempts to defend his title. Phillips who races in the same class, now sits sixth after an up and down day. Team Australia will try their absolute best to attempt to make time on the French in the Final Moto tomorrow. It will also be interesting to see if the French Team’s Christophe Nambotin will feature tomorrow as Australia haven’t stopped pilling on the pressure, with four world class riders up to the task. 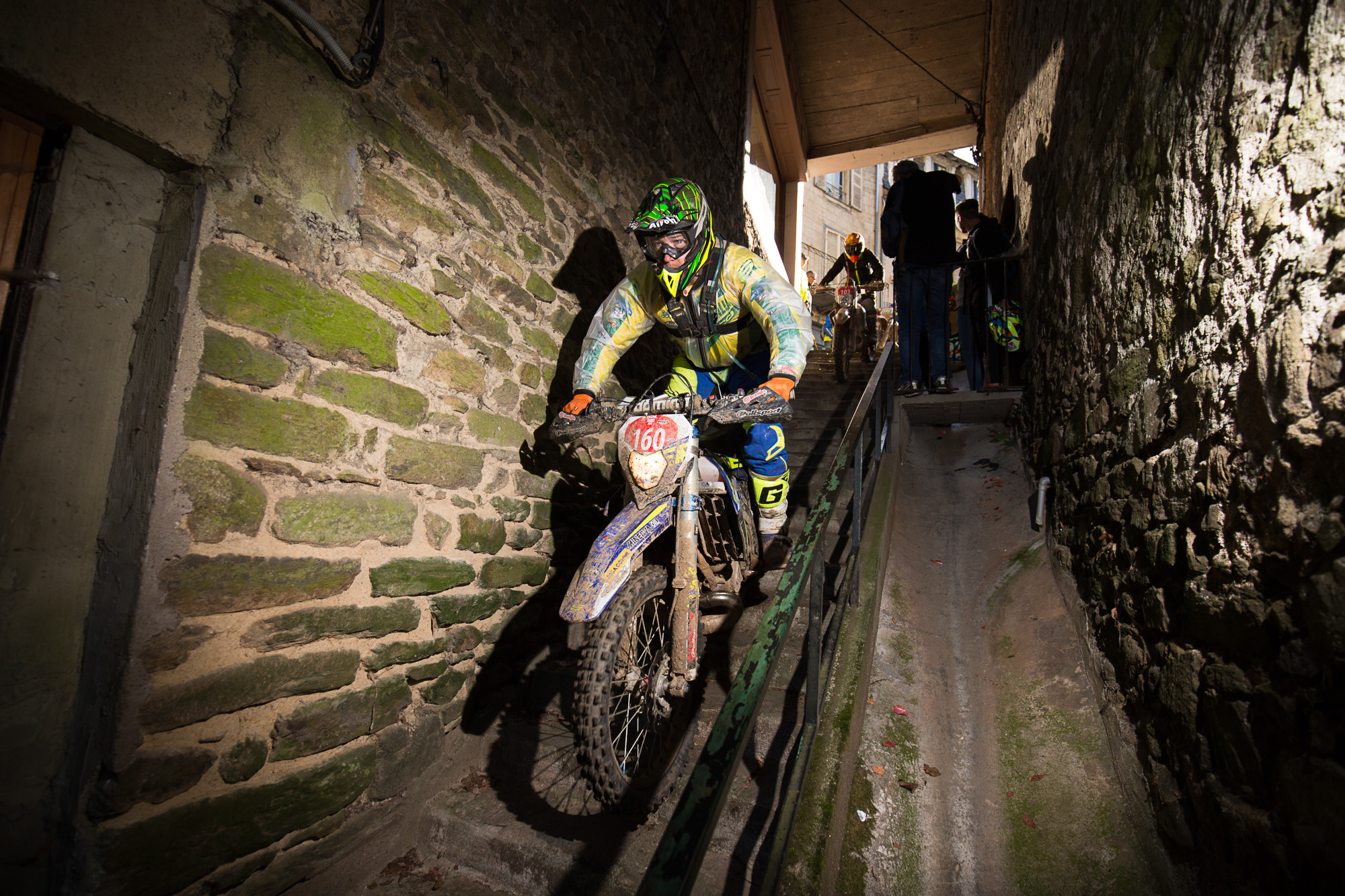 Daniel Milner “It was a solid day and everything went pretty smoothly. I only had one crash, which I didn’t lose too much time from. The Team was great today and everything with the boys went according to plan. The rest of the lads picked up their game today (Milner joked)! We ended up making up time on the French and extended our lead to Finland.”

Josh Green; “Today was a better day for me. I crashed in the third test but the rest were very good. We’re all pretty fatigued and many of us are carrying little niggling injuries. As a team we pulled together and made time on the French. Going into the Final Moto tomorrow will be exciting.” 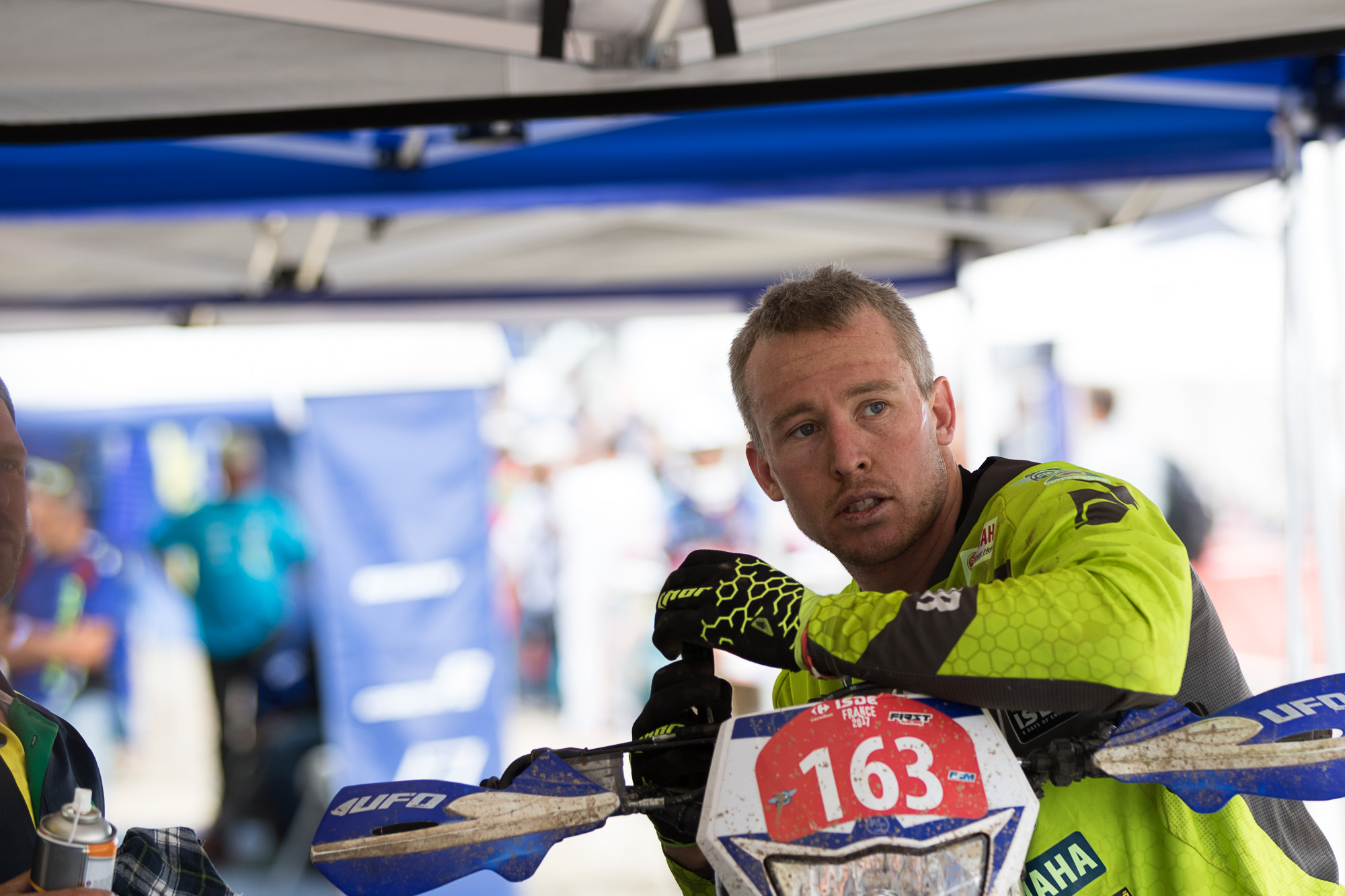 Australia’s Womens World Trophy Team now sit on the verge of securing a fifth World Championship tomorrow ahead of the Final Moto. They lead the USA by seven minutes and the French in third by a monumental 25 minutes. Tayla Jones continued her fierce battle with Spain’s Laia Sanz, although Laia was able to win the day by a minute and extend the lead on the Aussie. Tayla still managed to finish the day in third and sits second in the overall Womens class standings, leading the charge for Aussies. Jess Gardiner was able to continue on her consistent form and remained in fourth. Gardiner has now managed to get through all the special tests and trial with her injured hand. Jemma Wilson was able to improve on her previous days and moved into seventh with many top five times in the tests today. 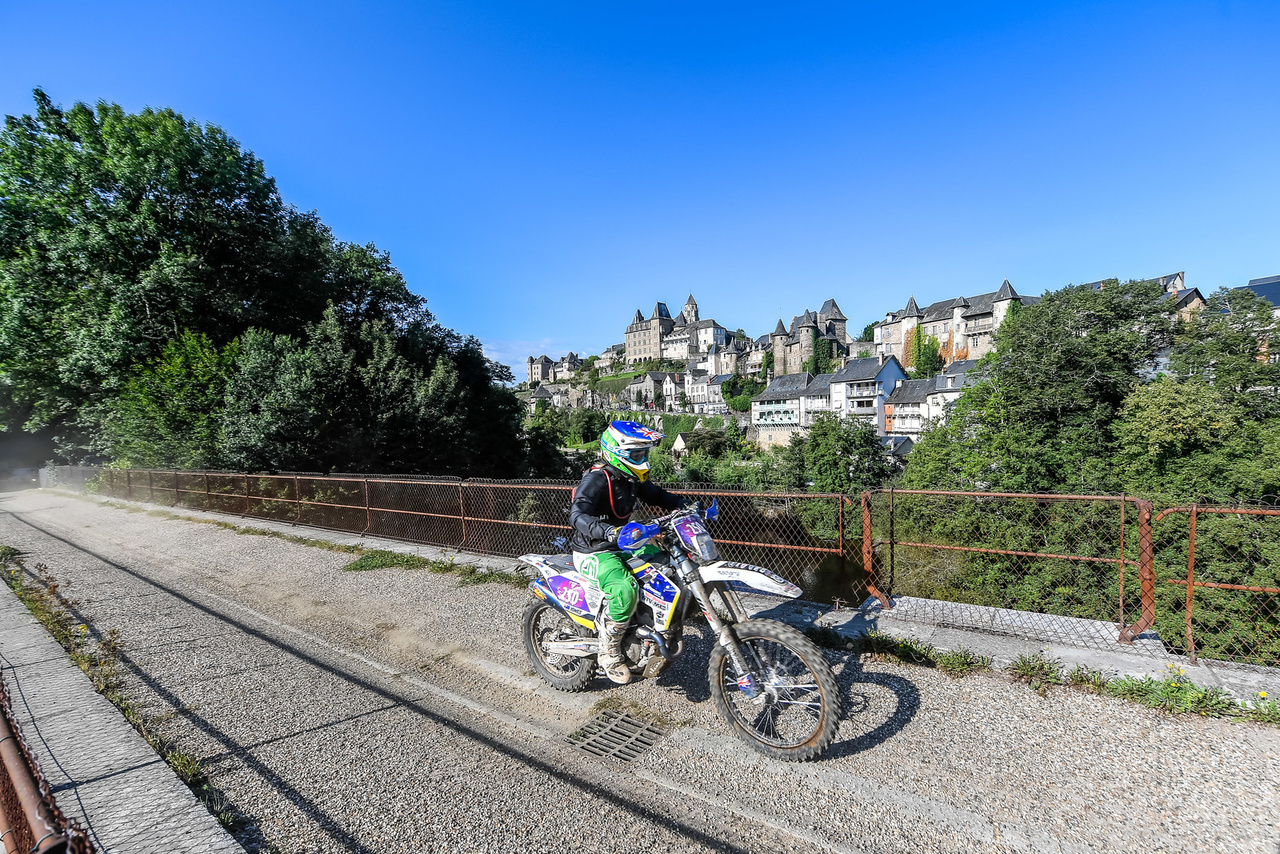 Lyndon Snodgrass was able to get through the final day of tests and trials, which should now signify the debutant finishing and completing his first ever ISDE. He was again up and down in the tests, although he was still able to end up the inside the top 40 outright and remained just outside the top 10 in class by 17 seconds. 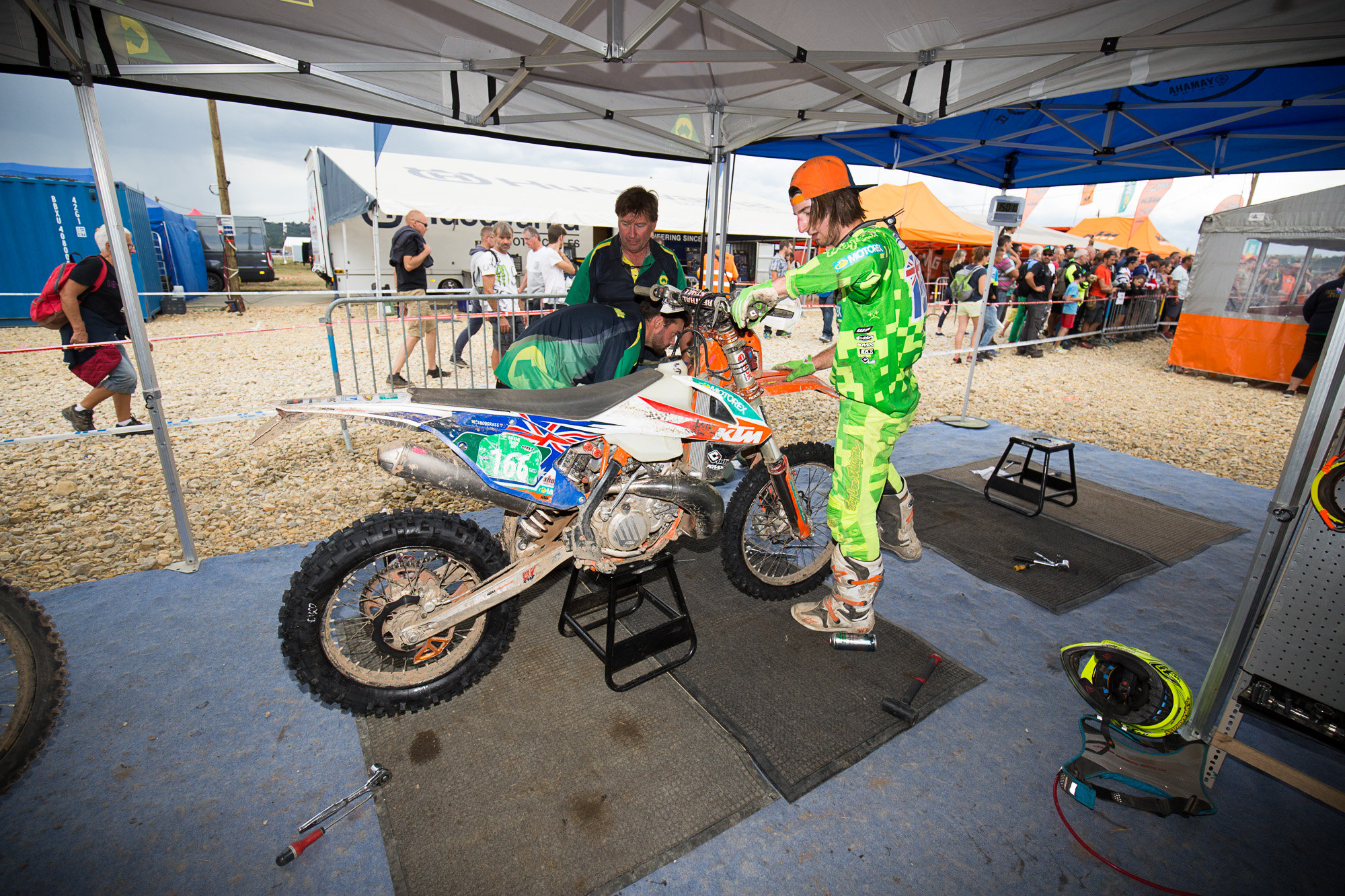 Lyndon Snodgrass “Day Five is done and today started off a little slow in the early on. I picked up the pace in the later tests, although a few crashes held up my times. The tracks were great and the tests were fun.”

Nostalgia filled the air for the 2017 ISDE with the second edition of the FIM Enduro Vintage Trophy race. Featuring a long list of manufacturers from Cagiva, Triumph and SWM, the clocks were wound back to as early as 1972. For Australia’s Vintage World Trophy team Geoff Ballard put in a superb ride to finish second, for the C82 Vintage class on his classic Maico machine. Peter Cave and Robe Shoemark finished 41st and 46th respectively. Over in the C79 class, Australia’s Michael Harding finished an impressive fifth, ahead of fellow countrymen Stephen Baker just behind him in sixth.

For Australia’s Club Team, Shane Watts finished 24th in the C1 Class and Ben Kearns in 12th for C2. 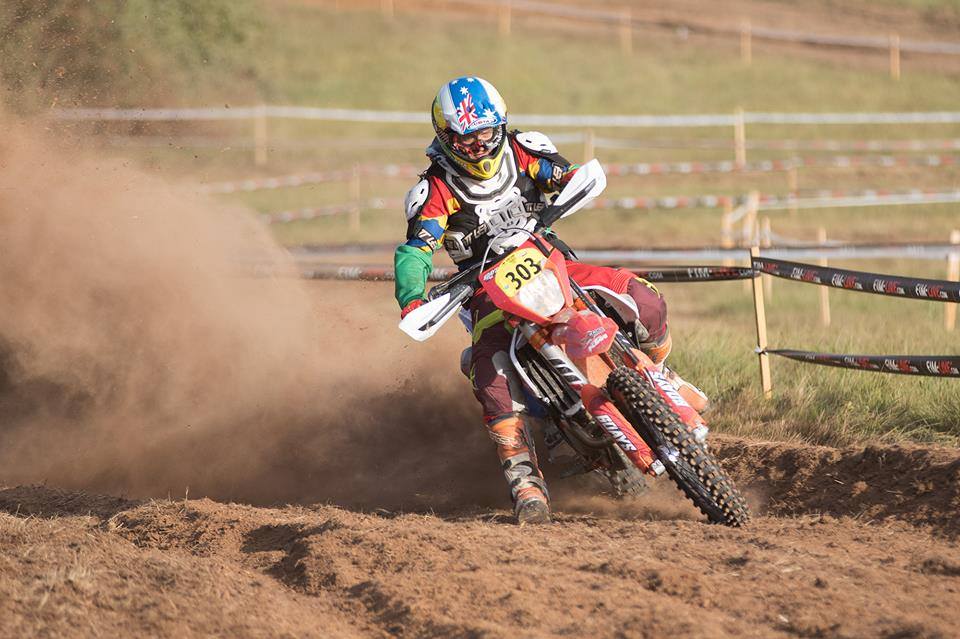