In the first ever Yamaha Australian Off-Road Championship (AORC) desert cross country it was Korey McMahon who proved to be the desert master, taking out J4 on his KTM at Broken Hill, NSW with a time of 2:17:26.671. McMahon was coming fresh off the World Junior Motocross Championships at Horsham, and it didn’t take him long to adapt back to the off-road format.

Blake Hollis aboard his Yamaha found great early speed, clocking the quickest lap of this mornings prologue. In the main event the cross country, Hollis led the way in the J3 category from start to finish, proving he is a real threat for the J3 title this season.

J2 winner Max Phillips was a man on a machine in the cross country, putting himself out front early and gaining a quick advantage over the field. Phillips put together back to back fastest laps, the only rider in the J2 class to complete the 16km loop in the 20-minute mark on his way to victory.

J4
McMahon was the man to beat proving he really enjoyed the desert conditions here at Broken Hill, NSW. Coming in second behind McMahon was Husqvarna rider Matthew Pye, who put in a solid days riding but just couldn’t match the speed of race winner McMahon.

Taking the last spot on the podium was Raife Dooley who narrowly edged out Matt Waters by just over a second, their battle was enthralling over the last lap with such a small gap between the pair.

Rounding out the top five was Max Price, Price pushed hard throughout the cross country and showed great speed with a fastest lap of 20:54.635, just didn’t have the consistency to push up to the lead group.

J3
Hollis clearly had the speed in this morning’s prologue and he had to bring it to the cross country race and he did. Hollis took the win by just over four minutes. Ned Chapman was the next J3 rider to cross the line, showing he enjoyed the desert conditions.

Finding his way onto the podium was Charlie Milton, the South Australian rider was another one of the field who had great lap speed but struggled to find the consistency required to battle with Hollis and Chapman.

Oscar Collins was the next rider to stop the clock, missing out on the podium and settling for fourth position. Rounding out the top five was Sam Barton. 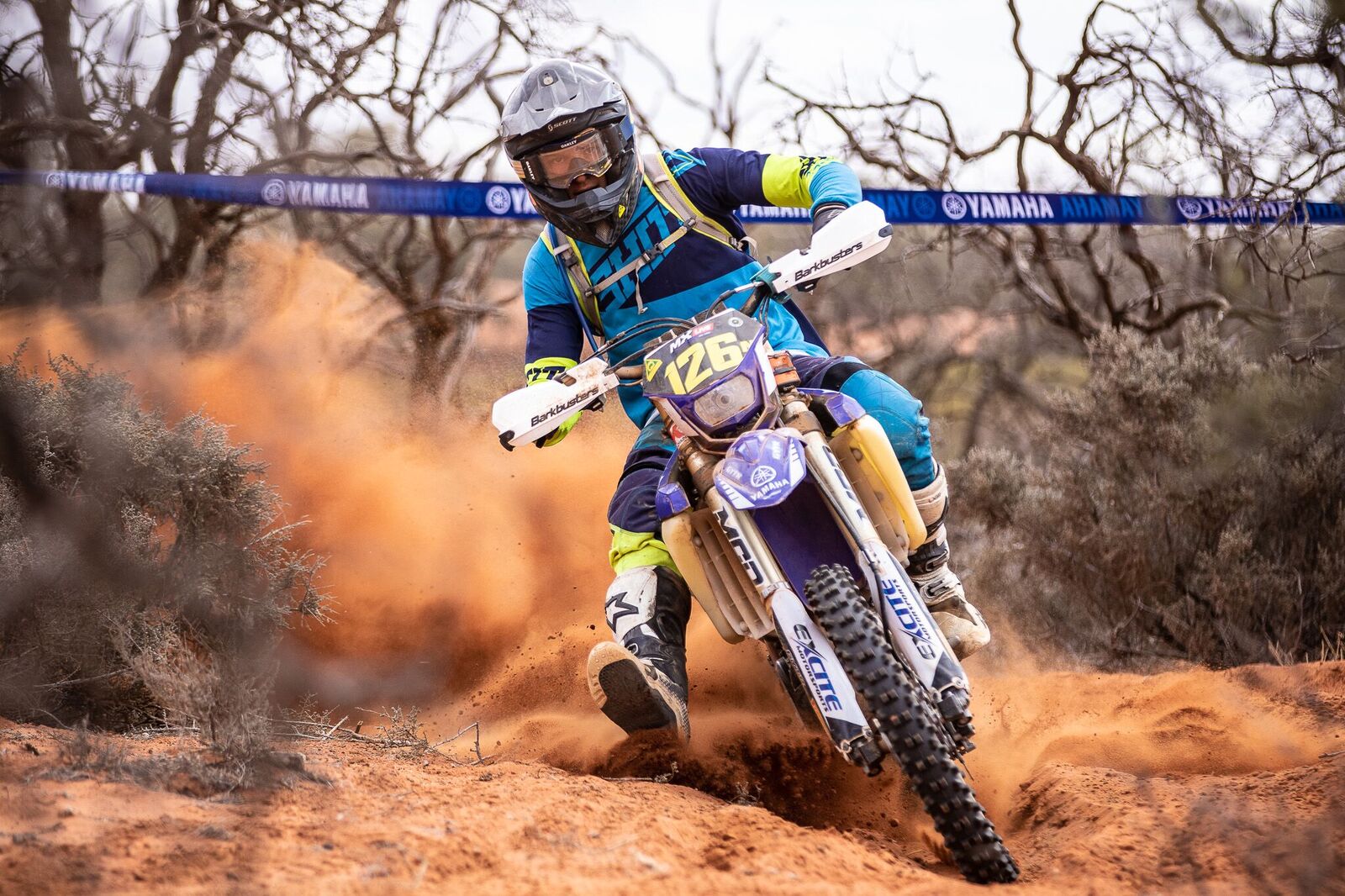 J2
Phillips was on song throughout the cross country, collecting a fastest lap time of 20:32.125. Phillips showed his speed as the only J2 competitor to record a lap in the 20-minute mark. Billy Hargy had a tough start to his day with a bike problem during his prologue, but he bounced back brilliantly to finish the day in second.

After a stand out performance at Dungog taking out both days racing in J2, Kobe Conley would settle for third but is still showing he is a real threat in the J2 class.

Zac Perry just missed the podium crossing the line in fourth and in fifth position it was Taj Gow-Smith. 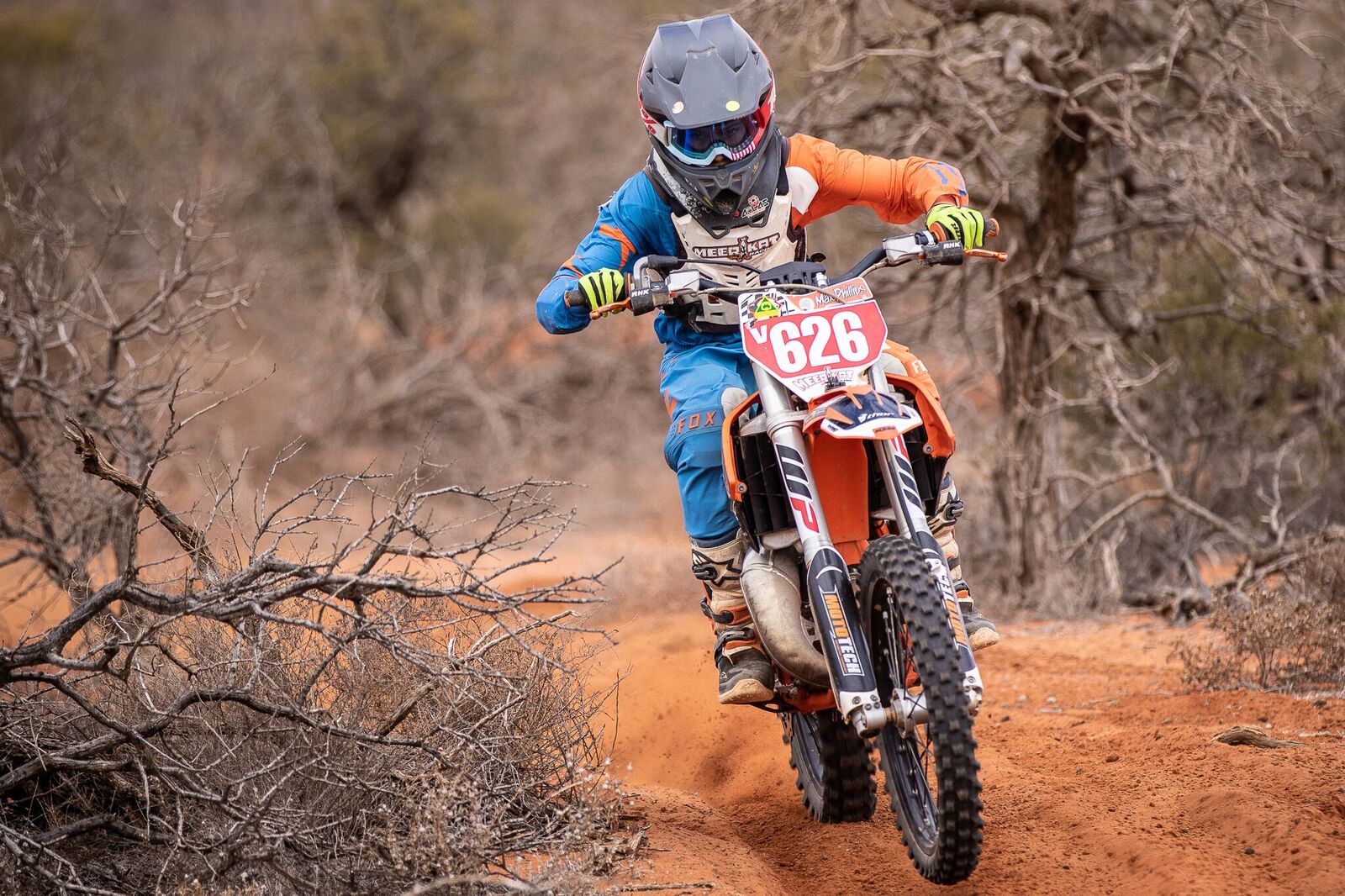